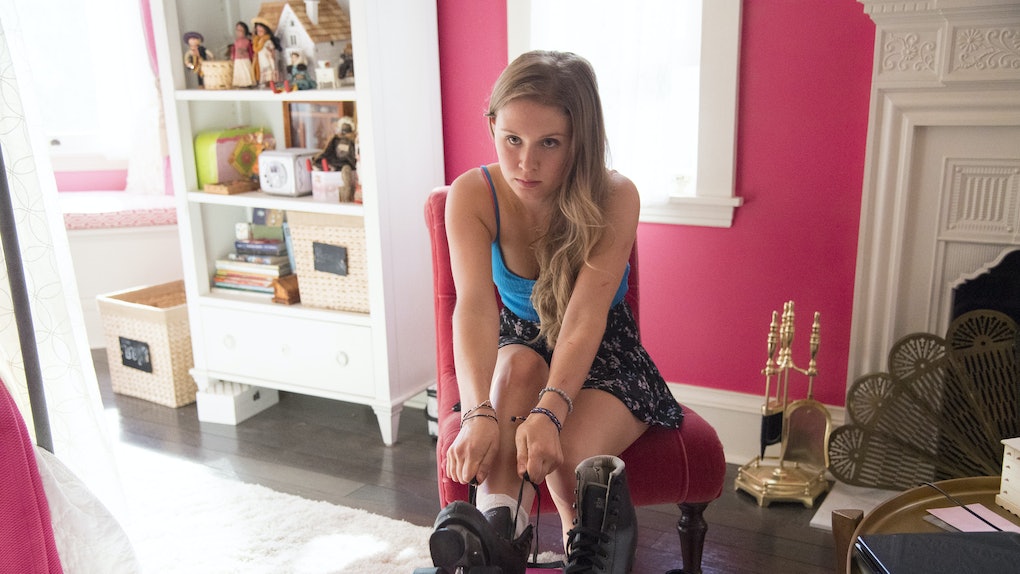 The problem with Sharp Objects is the truth isn't easy to see. Whatever it is Camille has been living with, it's something she cannot look directly into, so it's become a permanent blur in the corner of her eye. It makes it difficult for the rest of us to discern. Whatever it is though, Adora seems to know about it, as does Jackie, and no one is talking. Now, a new theory claims to have figured out what no one will admit. Is Camille Amma's mother? Warning: Spoilers For Sharp Objects follow. This post only discusses the happenings in the TV series so far.

Consider what the show has told viewers about the Preaker family. Adora was a princess living in a southern mansion when she met a boy who gave her a baby and then disappeared. Adora gave birth to Camille, who she hated from the beginning because the child reminded her of the man who left and wasn't a doll to be played with and controlled.

She then marries Alan Crellin and has Marian. Marian is sickly and obedient, so Adora loves her because she's malleable and controllable. Camille and Marian grow up together until Marian dies when Camille is 13 or so.

By the time Camille is 17, she's already cutting, as the show reveals this week. She's also gang raped by Kirk Lacey and others on the football team. (though Kirk apparently didn't actively participate.) Could Camille have gotten pregnant?

The assumption so far has been Adora and Alan tried again for another child around this point, with Camille about to be out of the house and Marian's death now nearly five years in the rearview mirror. Amma was Adora's final child, had in her late 30s. But what if instead, Adora didn't have a late-breaking child? What if Camille had a baby at 17, just like her mama, and Adora took the child as her own?

This is one explanation for the sheer hatred these two women have for each other, and Adora's driving need to kick Camille out of the house. Most theories have centered around Adora hiding something. Maybe she's involved with the deaths of these girls and this is why she keeps trying to stall Camille from getting involved. But what if it's a whole lot simpler? What if Adora just wants Camille to go because she's afraid Amma will figure out the truth?

Camille certainly seems to have bonded with Amma in the last few episodes. She was the one who found Amma when she ran off, while Adora uselessly lolled about on the couch like a proper drama queen. And this week's scene at the party where the two of them get high and skate home together was actually one of the loveliest moments of the series so far.

The scene made it feel like the two of them were genuinely sisters, with a family bond that can't be broken. But what if it's just a set up to reveal Amma's true parentage?

More like this
This 'Stranger Things 4' Theory About Eleven's Past Is Super Dark
By Ani Bundel
The 'Cruel Summer' Season 1, Episode 5 Promo May Hint At That Mirror Theory
By Rachel Varina
TikTok's #NotTheMainCharacter Trend Shows The Supporting Role You Connect With Most
By Marisa Casciano
Stay up to date