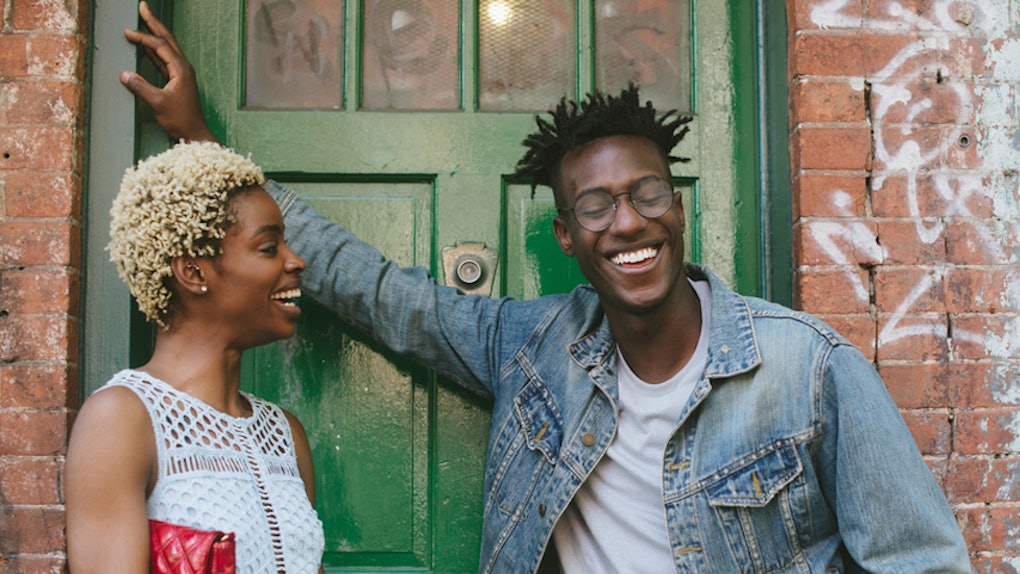 8 Awkward First Date Stories That Will Totally Make You Cringe

There comes a time in everyone’s life when you find yourself on a date so unbelievably awkward that you legitimately wish something terrible would happen just to put you out of your misery. You know what I’m talking about — that on-edge feeling that makes you want to vanish into thin air without so much as a goodbye. The most awkward first dates can be attributed to pretty much anything under the sun. Maybe your date was really nervous, maybe you were totally distracted, or maybe you just realized from the moment they showed up in Crocs with socks that you two were just too different for things to ever work out. But thankfully, these painful experiences can be laughed about later and make for really entertaining dinner-party fodder.

Sometimes it really is shocking how bad a date can turn out to be. If you ask me, along with more comprehensive sex education, we also could use a few crash courses in what to do if your date keeps licking his lips and mumbling about how you look "good enough to eat" five minutes into your appetizers. Lol, yup.

As with most cringeworthy happenings, it’s always nice to know that we’re not alone. Courtesy of Reddit, here are some of the most awkward first date stories that will make you LOL and squirm, probably at the same time.

1. This Person, Who Really Could've Put In Some More Effort

We met up at a local burger joint and he didn't say a single word. I asked questions and he responded with head nods and occasionally a chuckle that's more like a release of air. I was pretty sure he hated me so, I told him I was just going to go home. That's when he finally spoke. He asked me why and told me to please stay...so I did, and then he continued to sit in silence. Looking back now I realize he was just nervous but, man...at the time I really thought that I must have been horrible to be around. Update: We've been together for 2 years and he actually talks to me now.

All he kept talking about was weed. How much he loves it, how much he does it, how amazing it is. It was just weed weed weed. I'm totally cool if you like to smoke and all, but if its the only thing your capable of discussing while on a date at a Museum...then just no.

He was 20 Minutes late, then took over the conversation. I think the conversation split was 80/20. His topics: How much money he makes, how much MORE money he will make in the future, how AWESOME his job his, how great his fraternity is, his views on foreigners. He ESPECIALLY explained to me how he believes that due to genetics black people can never be as smart as white people. Henceforth it is only logical that the living conditions in Africa are worse than in Europe and that they are only a few black people “on top”. I am black.

4. This Date, That Just Got Increasingly Worse

He just... wouldn't stop talking. Maybe he was amazingly nervous, but it was literally a nonstop loop of him talking. And that wouldn't have been so bad but we went to see a movie after we grabbed a bite to eat, and even during the film, he kept murmuring to me through out the whole thing. Imagine four or so hours with someone who's just talking at you with nary a pause. After a while, it just turns into a droning noise because I couldn't really interact with him in any way. I was exhausted at the end of it, and really glad I had driven myself to meet up, versus having him pick me up at home. It didn't help that any time he or I would touch—hands brushing, walking around and accidentally bump into another — he would cringe visibly and move away. Like, why did he even ask me out? The world may never know. I declined his request for a second date.

5. This Date, Because You Should Totally Be Willing To Get Beat Up For Someone You Just Met!

She asked me if I would try to fight someone off or catch a bullet for her on the first date. Without think I said "hell no you must be out your damn mind". Tried to apologize but she didn't seem to accept it. Who asks that on a first date anyway. She got offended and we both ate our burritos in silence.

6. Everything About This Is Just NOPE.

He took me to Arby's. Whatever it was in the middle of the day and I'm chill. He didn't pay for me which isn't expected at all just it ended up being awkward because the cashier commented on it. He then began to ask really odd questions like if I liked fat guys(he was heavy but I mean I don't have a fetish or anything so idk what to say) and asked if I thought he should lose weight etc. He also wore the cringiest outfit of a tshirt with a WoW reference over top of a collared shirt with cargo shorts and a fedora. I wish I was kidding. Then halfway through our meal he grabbed my hands and said "lavaheadx, I love you" and I noped the fuck out. Oddly enough he found me awhile back on a dating site and said a lot had changed and asked for a second chance. I didn't respond.

7. This Date, Who Was Trying A Bit Too Hard To Get Laid

She was into me but I was just in college and going through a douchebaggy "alright try to sleep with every girl you hang out with" phase and I'm sure I came off really awkwardly and desperate because she was not into it as time went on. I kept complimenting her looks and winking at her (oh my god why did I think that was smooth) while she tried to make real conversation and she was very visibly awkward about it. My advice: do not go into a date expecting sex. Kind of a dick move if it's someone who actually likes you, and if you don't get laid you'll feel like a tool instead of having enjoyed the night.

8. And This Date, Who Got Busted For A Fake ID!

He took me to an Italian restaurant and engaged the waiter in an eternity of clueless wine talk before ordering a bottle, at which point he was carded and busted for using a fake ID. I was 23 and the guy insisted that I should still drink while he had diet coke. All the tables were super close together on the floor and the couple at the next table laughed at him and kept toasting him with their wine glasses. I felt sorry for him until later when he surprise-groped me in the parking lot and when I didn't want to kiss him he asked if I was a lesbian. I said, "umm... yes, yes I am." and he drove me home without saying another word, but every once in a while randomly chuckling evilly to himself.

See? It happens to the best of us! Unfortunately, massively awkward first dates just come with the dating territory. If your gut is still churning from your own awkward date experience, just remember that at the very least, it’s finally over and behind you forever!