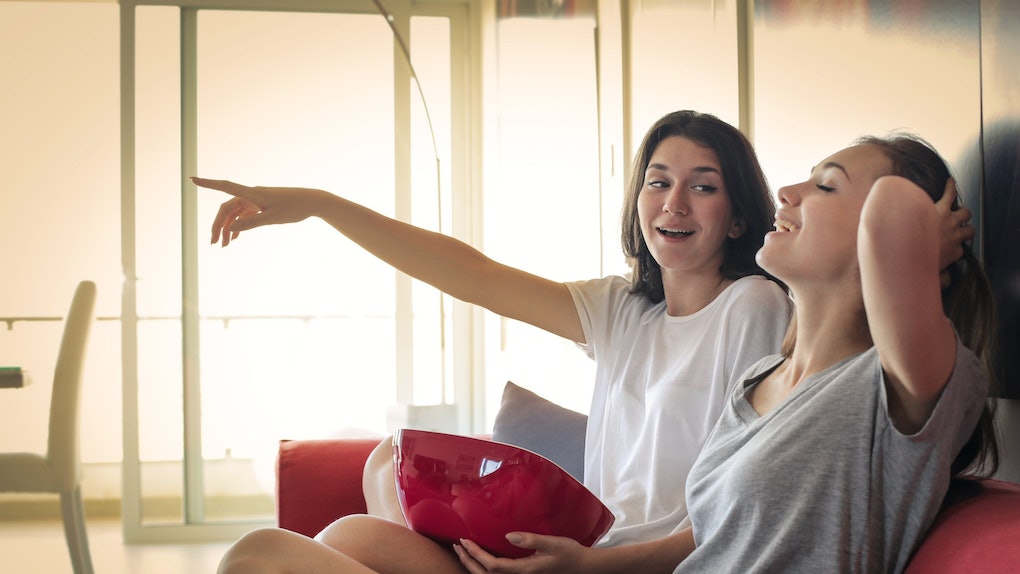 Meredith Grey and Cristina Yang set the golden standard for a "your person" relationship on Grey's Anatomy. Their friendship made it easier for us to identify ours as well. And while normally scouring Netflix is a chore in itself, finding romantic comedies on Netflix to stream with "your person" is effortless.

"Your person" is the ultimate Netflix and chill partner, because relaxation doesn't even begin to describe what you provide for each other. You laugh together, cry together, and even do a little bit of both at the same time. If that's not a true friendship, then I surely don't know what is.

Unlike "your person" though, certain shows and movies on Netflix don't stick around forever, so you continuously have to stay on top of what's about to be released, and sadly, what is going bye, bye. Since romantic comedies are life itself, it's only logical that the two of you explore some titles in that genre. Grab the tissues and wine (if you're 21 and up), because the feels are about to be all over the place. And just so you aren't stuck in Netflix limbo trying to figure out where to start, these titles will surely send you on your way to laughs and happy tears of joy.

Beauty and the Beast taught us how to look for the beauty within everyone. And 90s babies were incredibly too hyped when this film came out and broke away from its cartoon origin. Not to mention, the fact that Emma Watson was the absolute perfect pick for Belle made us all cry happy tears.

Classic doesn't even begin to describe the Danny and Sandy duo. Not only do we still want those fierce high-waisted black pants that Sandy slayed in her makeover transformation, but these songs still haven't left our memory. We seriously go together "like rama lama lama ka dinga da dinga dong."

Heath Ledger's performance with Julia Stiles in this late 90s film was beyond precious. Honestly, it was one of the only films about high school that actually made you feel for those experiencing the four golden years. Also, Ledger's smile will forever make you melt over and over again.

4. 'Sleeping with Other People'

You want blunt, honest, funny, and truthful dialogue about the dating world as we know it? This comedy starts out as a semi hot mess, but you certainly leave with some insight on how screwed up dating can get. It'll definitely make you wish life were more like the movies, you know?

Hitch hits Netflix in December. We all love the story about the "player" or "relationship dodger" who finally succumbs to human instinct and gives in to their emotions. Even better? Will Smith is the person giving in, and Eva Mendes holds a special place in our hearts. Watching this is a no brainer.

6. 'Seeking a Friend for the End of the World'

Who would you think about if you were told the world was about to end? Clearly, we'd all have that special someone in mind and would want to be with them. Tag along for one man's journey to seek out his sweetheart as the final days of the earth as we know it, fade away.

So many infamous lines from this movie still trickle around the Internet today. Forrest always seemed to be in the right place at the right time, and we cannot help but swoon over his relationship with Jenny. Oh, and let's not forget his impromptu involvement in the course of American history.

Watching romantic comedies with "your person" is second nature, because you're like two peas in a pod. Even a soggy pod that is drenched in your laughing happy tears.