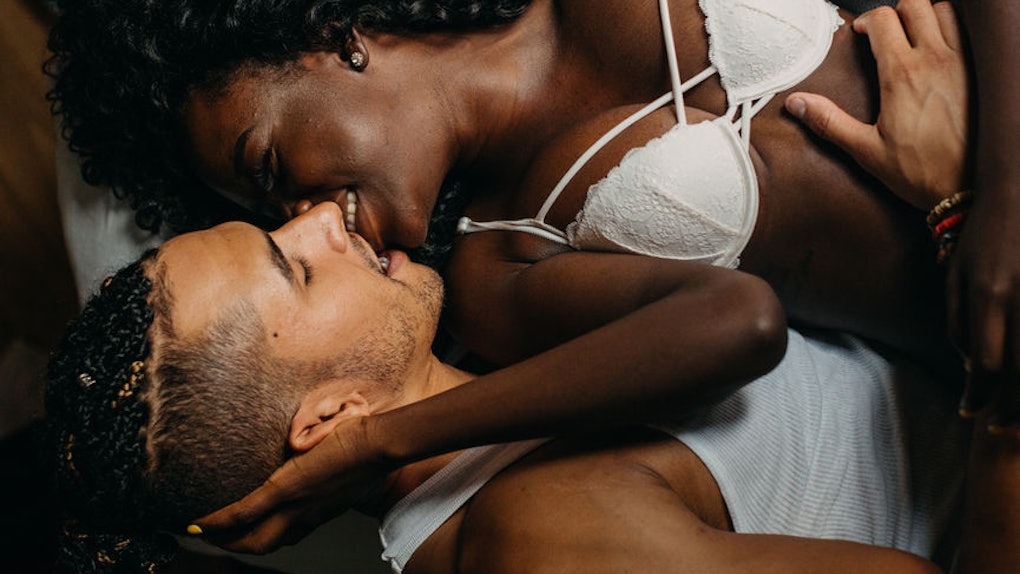 7 People Revealed The Most Passionate Sex They've Ever Had, & It’s So NSFW

As fun as sex is, there may be a time or two that stands out from the rest; where you feel like you're having an out-of-body experience and don't know how it could possibly get any better, but somehow, it does. Know what I'm talking about? You can tell when sex is better and more passionate than usual, and the stories that come from these experiences are usually pretty epic. Thanks to reddit, some very lucky people revealed the most passionate sex they've ever had, and the stories will definitely get you all hot and bothered.

Obviously, not all sex is super passionate all the time, and even if you're deeply in love and having great sex with your partner on a regular basis, that doesn't mean it will always be out-of-this-world magical. And that's normal! The kind of sex you have is dependent on the relationship and the situation, as one expert said. "You can have sex every day and still feel disconnected from your partner, or you can have it once a week and it can be so meaningful," Dr. Carolina Castaños, a clinical psychologist who specializes in marriage and family therapy, and founder of MovingOn, previously told Elite Daily. "Good sex or intimacy is a product of a close and safe relationship."

So, what does it look like when you have sex that isn't just good, but deeply passionate and meaningful, as Castaños describes? Well, read on to find out.

My bf and I both woke up one night about 2 months into our relationship and for some reason we attacked each other. I'm not sure how we started but somehow we ended up with him on his back and I was laying on his stomach, also on my back. That was the night I learned that he liked to talk dirty. That was the night I soaked both him and the sheets with how turned on I was (that has yet to happen since).

2. It can feel long overdue sometimes.

My wife and I dated long distance for over 2 years while we each finished college in our respective countries. Neither of us had money to visit as often as we would have liked... The longest we were apart was a full year and when I went to see her again we spent about 3-4 hours of the first night having sex. The amount of worship we had towards each other's bodies was almost cult-ish.

My body had never been more sore than it was that following morning in my entire life.

3. Time slowed down for this couple.

Bf and I were on ecstasy. We started out real slow and gradually built up to more intense stuff. We took our time and just explored every inch of each other. Tried out some previously unexplored kinks. We both came multiple times. After we were done, we looked at the clock and realized we'd been at it for nearly 3 hours. It had felt like 20 min.

4. It can also depend on the situation.

Honeymoon. Sex on the balcony on one of those big comfy round outdoor couch things. It started raining halfway through and we just kept on going. It was awesome.

5. Sometimes it's all about satisfying the other person.

My now husband, then boyfriend had told me that he didn't care for blow jobs so no worries in that department. I was flabbergasted and asked if he knew what he was saying. He insisted that he had gotten them before and didn't care for them. I kind of took this as a challenge and since we were having this conversation mid shower I decided to get on my knees right then and there. Let me mention really quick that we lived with 6 roommates and they were all home.

Anyway I give what I feel was a regular blow job, nothing too extra, just a run of the mill blowsie. His eyes rolled to the back of his head, he collapsed on top of me and at least 4 roommates were asking if we were okay through the bathroom door! I was trying to hold him up as he was trying to recover as 4 roommates were trying to break in to the bathroom because something was wrong. Literally my proudest sexual moment... I broke my now husband and it took very little effort.

6. It can end with food and orgasms.

Probably the first time I smoked before having sex, we took our time with everything and we were both able to finish multiple times and afterwards we fell asleep while eating little Caesar’s, 10/10.

F*ck it, I'll bite. One time my boyfriend and I ate a very large quantity of marijuana edibles (I don't know the mg, they were made by a friend), and started to have sex. The weed, plus my incredibly low tolerance to weed, plus my boyfriends magic fingers, resulted in an incredibly intense orgasm. Im talking my eyes were closed, but I could see and feel colors radiating out of me. It was super. I was worried that sex wouldn't be the same sober after that, but luckily its still been pretty great. Not "rainbows coming out of my p*ssy" great, but still great.

Passionate, out-of-this-world sex is absolutely possible, and these stories are proof that it can happen at anytime, for anyone. You can't always plan mind-blowing sex, but hopefully, reading these stories gives you the inspo you need to grab your partner and go for it. Everyone deserves amazing, satisfying sex. Don't be afraid to get yours!