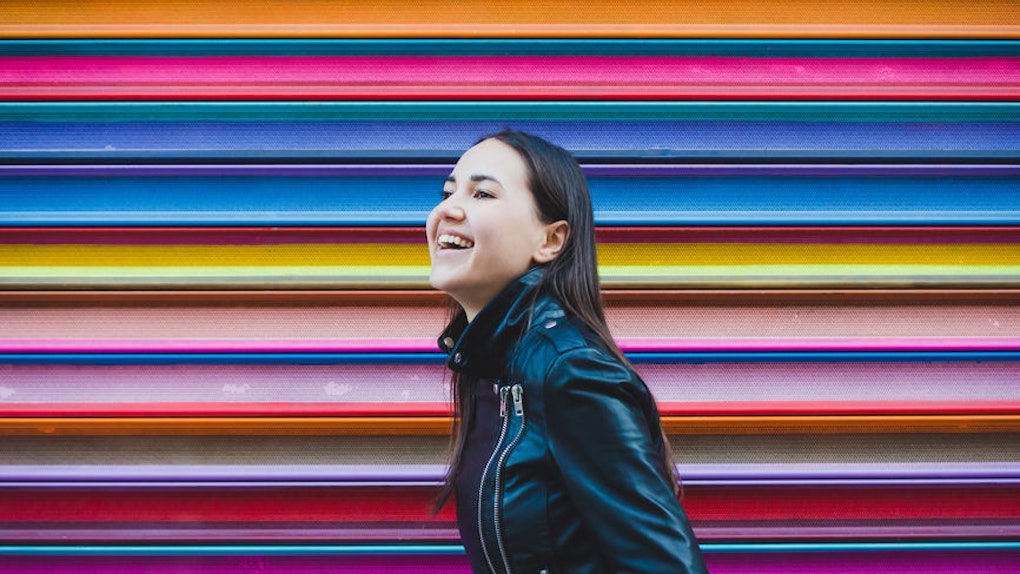 Waiting for your first kiss can be both exciting and agonizing. When it finally happens, it's special, but it may not be the amazing fireworks show you've been imagining. You might be under the impression that everyone has their first kiss when they're teenagers, but in reality, many people don't experience their first kiss until they are in their 20s or even older. Being a "lip virgin" in your 20s isn't as rare as people think. Maybe it's a personal choice, or maybe it's more circumstantial. Either way, there's nothing wrong with waiting for your first kiss.

If you're in your 20s and haven't yet been kissed, you might feel like you're alone. Maybe you're worried that all of your friends are moving past you when it comes to romantic and sexual experiences. It's not necessarily obvious, but there are plenty of other people going through the exact same thing as you are. It's not talked about enough, but many 20-somethings have yet to receive their first kiss. In an effort to open up that conversation and encourage a more open and honest dialogue on the subject, here's how seven individuals in their 20s really feel (or felt) about their "never been kissed" status.

This woman has come to terms with waiting until she's truly ready.

I have anxiety and it affected a lot of firsts in my life. One of my first dates came at 25 and I had such a stomachache on the drive to the Renaissance Faire (cutest first date ever?) that I almost had the guy pull over in the woods. Because of that, I never experienced a first kiss. Sure, I had many false starts. I actually backed away from a guy when I was 17 when he wanted a 'kiss for good luck' at a boardwalk game on Coney Island. The time never felt right. The person didn't feel right either. Maybe I'm putting too much weight on it, but I wanted to feel anxiety-free and sure about it, and for a long time that racked me with guilt and shame. But like all my other firsts, once they happened, I felt whole and wonderful. I knew that even if they happened late, they occurred at the best time for me. Even though I'm embarrassed to admit that I've never been kissed, I realize that it will happen, but only when I'm ready — and that's OK.

This woman feels like she has to lie about never having been kissed.

It is tough to be in this situation. People have this perception of college that it is this hotbed of hookups and things of that nature. I often lie when I encounter conversations that relate to this matter. Drinking games like 'Never Have I Ever' are definitely a source of anxiety for me. Part of me wishes I had a moral objection to kissing or sexual acts in general, because then it would be justified by an outside source.

This person didn't want to regret their first kiss.

This person waited for an opportunity that felt right.

This woman says waiting made her first kiss twice as sweet.

I've cherished the idea [of love] so much that I've held on to every aspect of it so delicately. I've known what I'm worth and what I'm worthy of, and accepted nothing less. In the end ... the wait was worth it. Because I was so picky ... I went 23 years of my life without ever being in a relationship. I went 23 years without being in love. I'd never even had a first kiss. It was all my choice, and I don’t regret a single moment of it. One day I stumbled across the person I'd finally share my first kiss with, and every moment with them has been absolute magic. Having never been in a relationship allowed me to ... become a better version of myself for me and for someone else when the time came. And it did come. Sometimes I'd feel insecure about never having been in a relationship. The insecurities and worry occurred when people would choose dating and their sexual lives as the group conversation topic. It wasn't because I was ashamed that I wasn't experienced, I just never had anything to contribute and it was always awkward. In the end though, it never truly mattered. Waiting isn't bad, and finally finding everything you've been looking for is twice as sweet after all that time.

This woman believes important life experiences happen when they want to, not when you want them to.

I had not been kissed when I went to college and wouldn’t be until I was a junior. But going into college, that piece of information kind of gnawed away at me as I saw my roommate and friends go off and have romantic experiences. I was a bigger girl, still proudly am, and it was hard not to attribute my lack of experiences to my body type and any societal aversion to it. There was part of me that felt as a fat girl, I might always miss out on that experience and even when I did have it I believed I would suck at playing tonsil hockey. One night towards the end of freshman year, I was hanging out in the hallway, as you do in college, with a friend and her boyfriend. The topic of my lack of experience sort of drifted into the conversation and her boyfriend said something that changed my viewpoint completely. He told me that I was like a sexual unicorn. Yes, I was rare, pure or mystical even, but I was still sought after and had value. That phrase helped me let go of some of the societal bullsh*t I had been holding and I was able to enjoy the experiences I did have. When I did have my first kiss, it was in New York City on a whim with a British guy I had a thing for when I studied abroad. I was 21 and I would lose my virginity to the same guy a few months of long distance dating later. Life happens when it wants to and not when you want it to. I would much rather have my first kiss the way it happened, in New York City with someone I had a liked on multiple levels after a day of walking through Central Park, than in the back of some sh*tty car in high school, my teenage self just willing any kind of kissing experience to happen.

This woman knows that the right person won't care about how much experience she has.

I didn't expect to be 25 and still waiting for my first kiss (I distinctly remember crying about how it hadn't happened by the time I was 18), but that's just how it worked out. I watched as everyone else had their kisses and felt out of place and behind, certain that by the time it happened I would be terrible at it. It got even more complicated when I realized I was bisexual and also wanted to kiss a girl, which was freeing but also came with a whole other host of complications [regarding] lack of experience. I'm sure I could go out to a bar and find someone to kiss this weekend if I wanted to, but at this point I want it to be someone I have at least some sort of feelings for. I wish that we as a society talked about these things more — it's only recently that I've started to get more open about this with people. Some people get kissed when they're 11 and for other people it happens much later, and both are OK. It feels like there's a benchmark for these things, but there's really not. I figure the right person won't care about my lack of experience.

Whether you're a 20-something who recently had her first kiss, or you're still waiting to smooch someone special, know that you're not alone. If and when you decide to have your first kiss should be completely up to you.