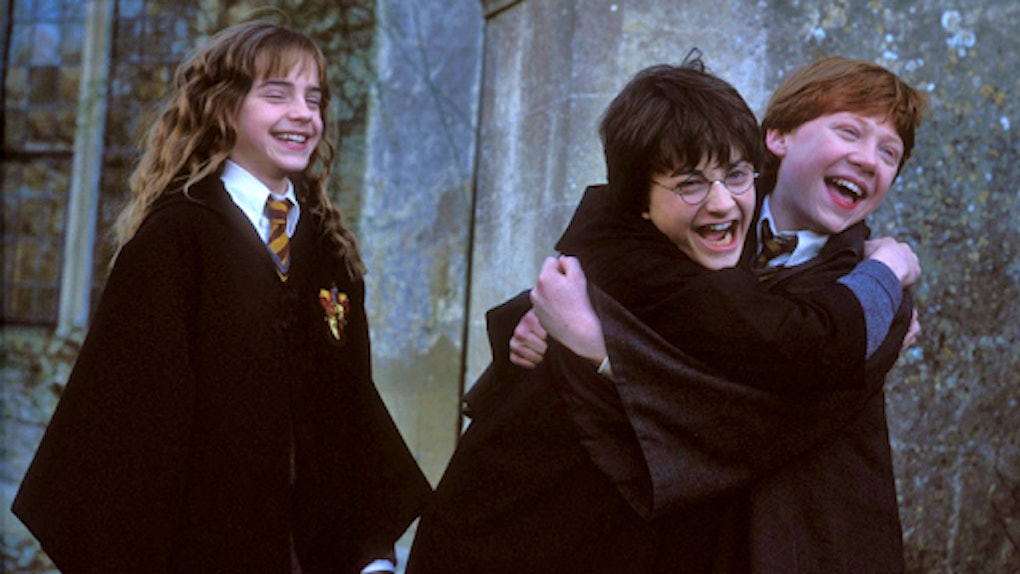 7 'Harry Potter' Tattoo Ideas That Would Make Hogwarts So Proud

Hogwarts will always be home — period. For every die-hard fan who cracked open the books and watched every movie religiously, the love for the wizardry world is all too real. And how else do you pledge your loyalty to such an iconic series? By getting a tattoo, of course. Harry Potter tattoo ideas are anything but basic, and will make you incredibly nostalgic.

You can keep a piece of the series with you always by getting one of these magical tattoos. Harry Potter is so dynamic that it's full of characters, sayings, and images you can draw inspiration from for your one-of-a-kind tattoo. Personally, everything Griffyndor-related has my heart forever.

As much as our beloved movie series has come to an end, the culture of Harry Potter is truly everlasting. From the swag to the book release anniversaries, fans are always trying to find a way to show some love to Hogwarts. Don't let the immense popularity discourage you, though. There's more than one way to represent your Hogwarts house or your favorite sentimental quote from the movie. Harry Potter may have been the "marked one," but you'll be shining just like his lightening bolt scar if you opt for any of these tattoo ideas.

1. Hogwarts In The Flesh, Literally

In the movies, the sight of Hogwarts was the most scenic thing ever. It looked incredibly enchanting, and there was no doubt in your mind that you'd love to attend school there. Getting a tattoo of Hogwarts will make you feel like you always have a little slice of magic with you.

Running through this platform with Harry, Hermione, and Ron was on your childhood bucket list. Actually, it still is. This concealed entrance represents a portal into a magical world we really wanted to be a part of. You may not get the chance to run through this mind-boggling platform, but you can pay tribute with a small tattoo.

Now, if you wanna talk about details, this tattoo takes tattoo art to a whole new level. Sure, it doesn't have color, but the symbols and the meaning can't be overlooked. Just look at how cool the Elder Wand silhouette is in the middle of the Deathly Hallows symbol. Yes, you can take a few extra moments to swoon, muggles.

You know you truly love a series when you fall head-over-heels for the characters. Hagrid was the real MVP and gave Harry the lowdown about who he really was. He's incredibly important to Harry, and I'm really loving the father figure guidance he provided for our other favorite characters.

5. A Colorful Coat Of Arms With Of All Of The Hogwarts Houses

As much as Hogwarts was divided into four houses, they all contributed to the diversity of the school. A tattoo like this further promotes the idea that no matter what house you identify with the most, Hogwarts and wizardry is the common ground. At the end of the day, Hogwarts is incomplete without Gryffindor, Hufflepuff, Ravenclaw, and Slytherin combined.

6. Time To Light Things Up

Harry Potter fans know the spells almost as good as Hermione. "Lumos" is a charm that immediately brings light to your wand. You've surely seen it used time and time again throughout the series. The idea of light in your own life and in the series could be interpreted in so many different ways. You choose what it means to you, and get lit.

Let's be real — Dumbledore hit us with plenty of one-liners that made us want to curl into a ball, cry happy tears, and drink butter beer. The man had such a way with words, and even after his death in the series, he was still so relevant. Hogwarts wasn't at all the same without him, but we made it through, didn't we?

You don't have to travel through Platform Nine and Three-Quarters to find a community that appreciates Hogwarts just as much as you do. The wizardry school might be make believe, but the fandom is as real and permanent as a tattoo.