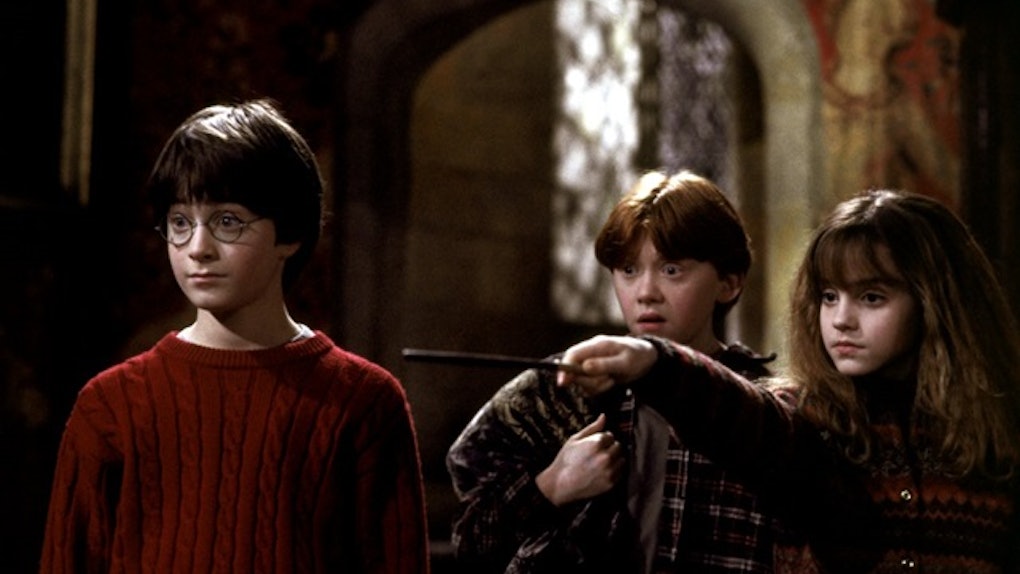 If You Wish You Went To Hogwarts, You Know These 10 Things To Be True

With a swish and flick of her wand and profound creativity, J.K. Rowling gifted us with the best series of all time: Harry Potter. Page after page, Hogwarts seemed like the most magical place (no pun intended) you ever heard of. You aren't alone if you still wish you went to Hogwarts, because the desire is all too real. So, dust off your wand and scroll down Diagon Alley with me.

The details, twists, and turns that all took place at this enchanting school were simply amazing. You couldn't stop wondering what would happen next there. Harry, the gang, and their unparalleled adventures didn't help with your Hogwarts wanderlust, either. It was a world you wanted to be part of, and no one could convince you that you didn't belong there.

You'd drop everything and head to Platform nine and three-quarters as long as it meant you got to experience everything Hogwarts School of Witchcraft and Wizardry had to offer. From the mystical courses, the appetizing food spreads, and Quidditch games on broomsticks, your heart was set on attending. Who could blame you? You genuinely just wanted to be where the magic was (and still do, to be honest). So, if Hogwarts has had you hooked since the beginning, then accio, flashbacks, because these 10 things are all too true.

1. You Wanted An Invisibility Cloak So Bad

When Harry whipped out that one-of-a-kind invisibility cloak, you wanted to have it for yourself. It was the coolest thing ever, and you low-key thought one would appear under your Christmas tree. Do you know how many games of hide and seek you would have won with that thing?

2. You Pretended You Could Cast Spells As Good As Hermione Granger

Hermione was one of the smartest, coolest characters you knew of and you wanted to be her. If you could cast even half the amount of spells she could, you would be all set. Let's be real: You recited more than a few spells to see if you had the magical gene. No luck, though.

3. You Eagerly Waited For Your Acceptance Letter, Delivered By An Owl

Honestly, you would have even taken a penguin as long as it delivered your letter. The idea that owls traveled far and wide to carry parcels was mind-boggling to you. Watching Harry get his letter for the first time gave you major FOMO and you really couldn't deal.

4. You Had All The Attire For Your Self-Proclaimed Hogwarts House

I know in my heart the hat would have decided that I was Gryffindor. Whatever house you related to the most, you had the socks, blankets, and t-shirts to prove your undivided loyalty. Oh, and I definitely had some beef with people who identified with Slytherin. We're cool, though.

5. You Never Got Tired Of Seeing The Movies

The movies were pretty long, but if you read the books, you were too infatuated to notice. Harry Potter is filled with so many important details, it wouldn't make sense if the movies were short. Besides, it meant you could soak up the Hogwarts lifestyle that much longer.

6. You Compared Your Meanest Teacher To Severus Snape

Professor Severus Snape was every teacher who really seemed like the worst. It didn't matter what subject they taught, either. If they managed to make you and your friend's lives a living hell, they were Snape IRL.

7. You Can't Talk About The End Of The Series Without Getting Emotional AF

Spoiler alert: Snape and Fred Weasley will be forever missed. The ending of the series was like gutting your entire childhood, but you knew it was coming. You knew that the magic couldn't be all spark, because eventually it had to fizzle out.

8. You Pretended Tree Branches Were Wands

Hey, you had to use your imagination, didn't you? Your wand didn't have Phoenix feathers, but you made due with Mother Nature. One could only dream. *Sigh.*

Watching Harry, Ron, and Hermione drink butterbeer made you thirsty. You couldn't quite pinpoint what taste you were thirsty for, though, because you never tried butterbeer — but you wanted it. Luckily, trying butterbeer is an option these days and you can cross it off your bucket list proudly.

10. Hogwarts Will Always Be Home

Harry Potter evolved into more than just the books and movies — it's a lifestyle. Ideally, fans know they can never actually attend the school, but the community the series created is everlasting.

Returning to Hogwarts doesn't necessarily mean running through platform nine and three-quarters and hopping on the train. It means you revisit the idea that this one made-up place brought so many people together, and in that sense, it will always be home. Kudos to J.K. Rowling for placing unforgettable magic in our childhoods.