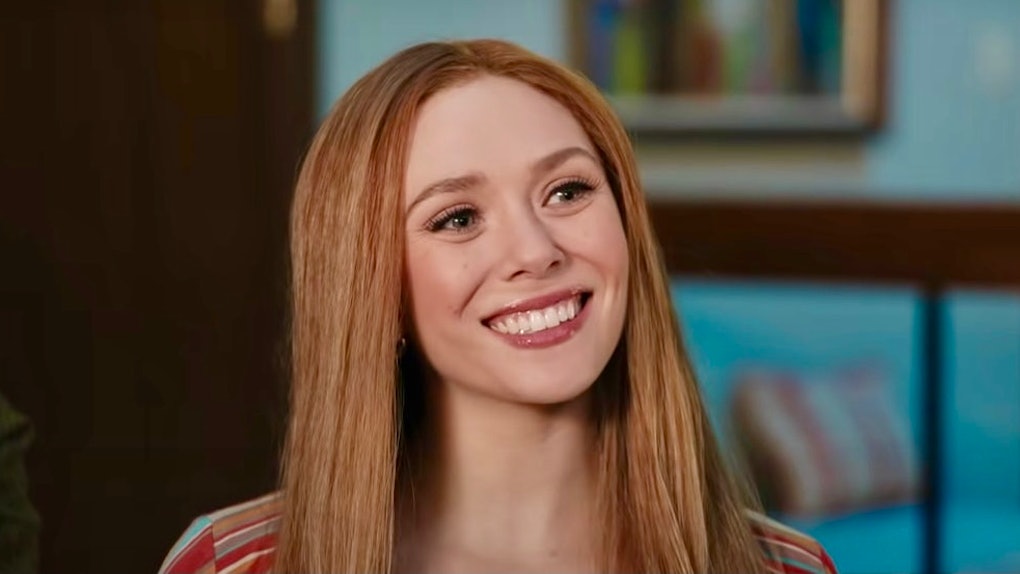 It's been a few weeks since WandaVision ended with its epic series finale. While you could always go back and rewatch the entire show (and you probably have), you could also check out a few books like WandaVision. There are actually quite a few stories similar to the Disney+ series that can easily fill that Wanda and Vision-sized hole in your heart. You just need to pinpoint what you loved most about the show first to decide which book to add to your shelf.

Of course, there was a lot to love about WandaVision. It's part of the reason why so many people tuned in week to week to see what was going to happen next. Spoiler alert: This post contains spoilers from WandaVision. At first, WandaVision seemed to be like a show within a show. Each week, you'd see a different sitcom genre presented as Wanda and Vision tried to live a happy suburban life in Westview. There were some truly hilarious moments... but over time, you realized something didn't add up. That's when the mystery kicked in.

The show intertwined a variety of genres while masking itself as sitcoms like Modern Family and The Mary Tyler Moore Show. There was mystery, an alternate reality, witches, and of course, love. All of which can be found within this list of seven books like WandaVision. So, if you're looking to escape your own reality while waiting for the next Marvel movie to come out, dive into any of these exciting reads.

If you were drawn to Wanda's supernatural powers, you may want to check out Octavia E. Butler's Mind Of My Mind. The book follows Mary, a young woman with psychic abilities who is being controlled by an immortal creator. (Sounds kind of familiar, right?) Not only that, but this story takes place in the 1970s. If you were drawn to the third episode of WandaVision, "Now In Color," which was very '70s-esque, you'll definitely want to check out this book.

Note: Mind Of My Mind is the second book in the Patternist series, so you may want to check out Wild Seed first.

By the end of WandaVision, it's revealed to Wanda that she is the Scarlet Witch. Of course, most Marvel fans already knew that, but WandaVision is where she finally takes on the mantle of the superhero and hones her magical powers. If you're drawn to that magical new witch story, you'll want to check out Tracy Deonn's Legendborn.

In this story, Bree Matthews discovers she has magical powers, which are connected to the night her mother died. Legendborn has a mix of grief, mystery, and witches — all of which are present in WandaVision as well.

3. 'The Stepford Wives' By Ira Levin

As much as Wanda wanted the idyllic sitcom life in the suburbs, you knew something was up from Episode 1. That same feeling is represented in Ira Levin's The Stepford Wives. This book, which was later adapted into the 2004 Nicole Kidman movie, has that perfect blend of comedy and sci-fi. You may think something is fine, but in reality, there's a big secret lingering.

At its core, WandaVision is a story about grief. Taking place after Avengers: Endgame, Wanda is dealing with the death of Vision. She's been through so much loss already, it makes sense that she would want to create an alternate sitcom reality to start over.

For a similar heartbreaking look at loss and grief, you might want to check out Nina de Pass' The Year After You. It's a story about a girl named Cara, who is sent to a boarding school in Switzerland after her best friend, G, dies in an accident. She's not ready to admit what happened the night G died, move on, and let go.

If you're easily spooked, just reading this book's description will scare you. But Fool Me Once by Harlan Coben is a great thriller that deals with grief and believing only what you want to see. Fool Me Once is about a widowed veteran who, while at work, notices her daughter playing with her dead husband on the nanny cam. It has that whole "Vision's back from the dead" vibe to it.

However, there is a similar theme of alternate realities between the two, and you'll especially love this book if the mystery surrounding WandaVision kept you tuning in each week.

WandaVision really showcased what a strong character Wanda is in the MCU, and why she needs her own movie. If you felt empowered by watching a strong female lead, you may want to read about the one in Silvia Moreno-Garcia's Mexican Gothic.

In this thriller, Noemí travels to Mexico to help save her cousin who believes she's in trouble. While this story isn't about being trapped in a sitcom or having witchy powers, this book is full of mystery and you'll be rooting for Noemí the whole time.