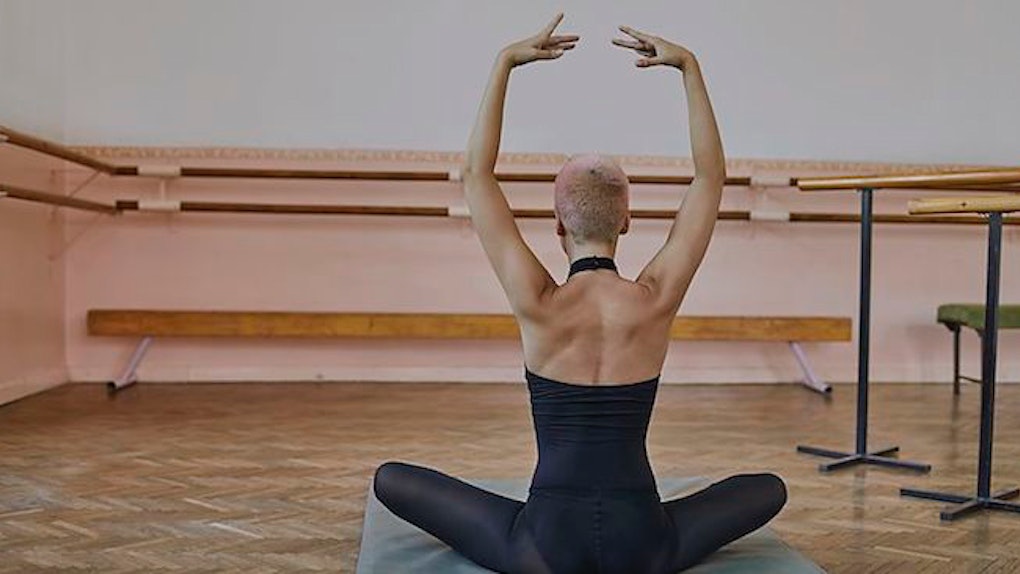 Some days it can feel like every little thing goes wrong, and it honestly sucks. Between stress, an aggressively long to-do list, and all the other sh*t life often throws your way, you might feel like it's nearly impossible to turn a bad day around. However, there are a few workouts that make you feel good in both your mind and your body, that just might be the cure to those dreadful days.

According to Livestrong, moving your body (especially when you're feeling down) releases mood boosting chemicals called endorphins, which literally make you feel like you're on top of the world. If you exercise on the reg, you totally know what I'm talking about. But, though it's true that any old workout has the potential to make you feel absolutely incredible, opting for mind-body exercises on those crappier days, will take your feel-good hormones to the next level.

Workouts that work your body both physically and incorporate some sort of mental or spiritual aspect are proven to decrease stress and anxiety levels very effectively.

So, next time you get into one of those moods and feel like your day just could not get any worse -- try one of these six workouts to turn that frown upside down.

As a yoga instructor, I personally think that squeezing in a calming flow on a hectic day is the best kind of therapy.

In Sanskrit, yoga translates to "union" -- and this is so on point, because your body and mind are literally working in unison as you breathe deeply and move through the postures.

There are multiple types of yoga -- ranging from advanced vinyasa (if you want to sweat out your sorrows), to relaxing yin yoga (if all you need to do is breathe and decompress). Listen to your body, and opt for the one that will make you feel like a million bucks.

While running definitely isn't everyone's choice of a stress reliever -- some people absolutely swear by this therapeutic workout. You've probably heard about that magical "runner's high" by now, and it's actually a scientifically proven feeling of total bliss.

According to WebMD, pounding the pavement can lead to euphoria, feelings of invincibility, and reduced mental or physical pain. This is because of the increased secretion of norepinephrine, dopamine, and serotonin -- all chemicals proven to be able to fight depression.

Guess it's time to lace up those sneakers, fam.

Pilates is literally the definition of "hurts so good". Emphasis on the "good" (I mean, most times)... This micro movement infused exercise integrates every single muscle in your body, producing stability and mobility -- and essentially making you feel strong as hell.

The feeling you get after slaying a pilates sesh is so awesome, because you feel totally in control of your entire bod. Peace out bad mood.

Boxing is an amazing way to let out pent up anger. It also makes you coordinated and sculpted AF, and most important, it brings a surge of happiness in your brainwaves.

According to Elle, when you hit up boxing classes on the reg, you'll realize that the bag in front of you actually represents all the sh*t that's going on in your life. This causes to you to be able to overcome difficult situations with more ease, and feel mentally and physically unstoppable.

Can you say instant mood-booster?

If you've ever had an impromptu dance-off in your room after a bad day, you know that busting out some killer moves instantly makes you feel a bit better. Extra points for a dance party in your underwear, because who needs pants, amirite?

On the real though, whether you're dancing solo alongside your bed, or hitting up a rigorous class -- this mind body workout is where it's at when you're feeling totally overwhelmed. Learning new moves keeps your brain engaged, and noticing your body's awesome capabilities makes the whole experience so fun and carefree.

More like this
5 Signs You're Burned Out From Dating & Could Use A Break
By Danielle Sinay
Away's Travel Accessories Collection Brings Comfort To You In Any Destination
By Marisa Casciano
I Tried Singing While Running Like Miley Cyrus & OMG, My Lungs
By Rachel Varina
Stay up to date