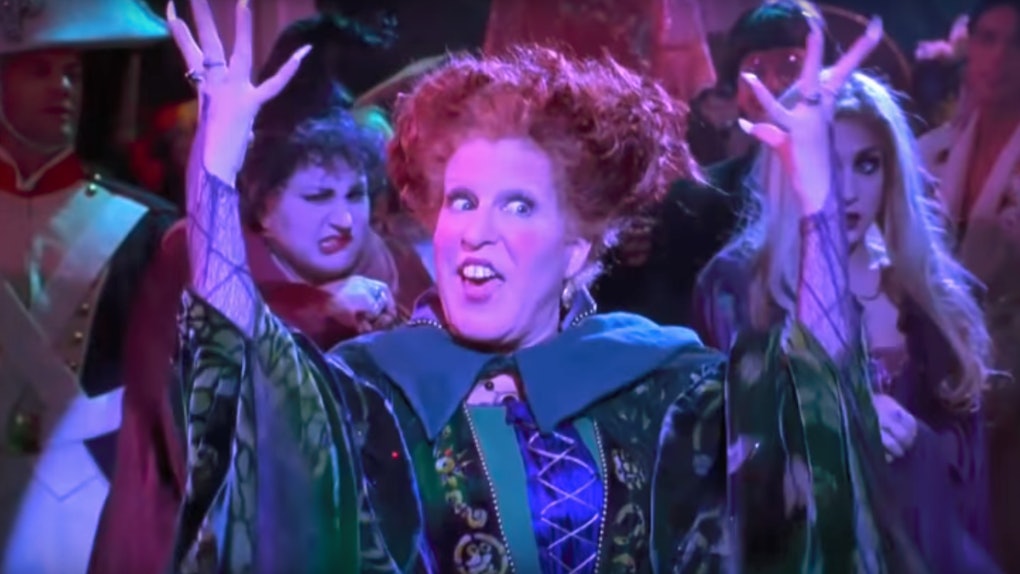 If you haven't heard, this year marks the 25th anniversary of the beloved Halloween classic, Hocus Pocus. I don't know about you, but that movie is in constant rotation on my TV throughout the fall, and it just wouldn't feel right without the Sanderson sisters in my life. They've truly put a spell on me, and I'll be forever hooked. If you're also wickedly obsessed with the film, you and your friends might want to consider some Hocus Pocus destinations to travel to this fall for an unforgettable trip, complete with endless #SquadGhouls pics.

Out of these six witchy destinations, you're sure to get your fill of magic, spells, and black cats like Thackery Binx. Hopefully, none of you decides to light a black-flamed candle — but that will only add some amuck amuck amuck to your travels, am I right? No matter what destination you decide on, you know you'll be having a seriously fun time with your favorite crew of witches. Just don't forget to get some pics of you ladies doing your best Sanderson pose, your beloved book for jotting down your favorite travel memories, and at every chance, dance like a spell has been cast on you.

1. Go To Where The Sanderson Sisters Lived In Salem, MA

Of course, the ultimate Hocus Pocus destination is Salem, Massachusetts, where the film is set. There's not only tons of history and cute boutiques in this town, but also a Haunted Happenings festival to enjoy throughout the month of October. As a fan, you'll want to stop at some of the actual filming locations from the movie, including the Pioneer Village where Thackery Binx lived, the Ropes Mansion (aka, Allison's House), and Salem Common.

Head to Beverly Hills and Los Angeles for some Hocus Pocus fun. There'll you'll find some shooting locations from the movie, like the Devil's House in Whittier. You could also plan a tour of the Warner Brothers Studio to see where some exterior scenes were shot for the film.

A hidden gem you also have to scope out in Beverly Hills is the "Witch House" that looks just like an actual witch lived there. You'll definitely want to make a pitstop here for your next spooky Insta pic.

The Sanderson sisters are back again to host this year's Mickey's Not-So-Scary Halloween Party at the Magic Kingdom in Florida. Here's where you can see Winifred, Mary, and Sarah perform in front of the castle during the Hocus Pocus Villain Spelltacular show. (Just watch out, because they could put a spell on you.) While there, you'll be able to get your hands on some of that newly released Hocus Pocus merch that I consider to be a must-need.

4. Take A Tour Of The Witch Trials In Wethersfield, CT

Salem isn't the only place that experienced some major witch trials back in the day. In fact, Wethersfield in Connecticut is known to be home to some of the first witch trials in U.S. history, according to the Webb-Deane-Stevens Museum website.

Head to the museum for their Witches and Tombstones tour to hear more about the history that happened in this town. You and your friends can also just explore the colonial homes of Wethersfield that's nicknamed "Ye Most Ancient Towne."

5. Get Spooked In Sleepy Hollow, NY

Another destination that's equally as famous for its eerie tales is Sleepy Hollow, New York. The village has an impressive list of Halloween events and tours for all of your ghoulfriends to enjoy. Hang out in the cemetery for a Sleepy Hollow Cemetery tour, where at night you'll be guided by lanterns. Who knows, maybe you'll run into the undead, like Billy Butcherson.

6. Travel Back In Time In Colonial Williamsburg

If you really want to feel like Thackery Binx in the time of witches, you'll want to head to Colonial Williamsburg in Virginia. This place feels like you've really traveled back in time to petticoats and bonnets. While you're in the area, enjoy the Halloween festivities, including the ghost tour in Historic Yorktown.