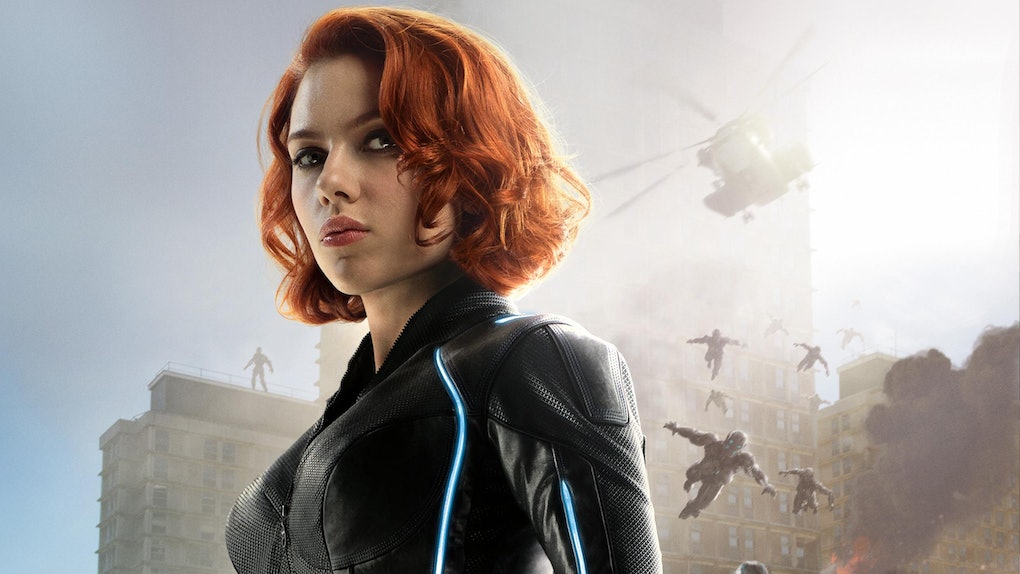 This is going to be the Halloween of Wonder Woman. All of my friends who work in events say the Wonder Woman costume rentals and purchases are through the roof, and that we should expect two Wonder Woman costumes for every princess who comes to the door asking for chocolate. But for those are looking for a different female superhero, I got you. Let's run down six of the best female superhero costume ideas that everyone won't be wearing to the party.

I should note that this is only a smattering of the female superheroes out there. There are tons of costumes for women, both of female and male superheroes that are gender-flipped. I decided not to pull any from the latter category, but not because I don't think a female Thor or female Iron Man costumes are a bad idea. (In fact, I'm sort of hoping they turn up in the movies sooner or later, since all of them exist on the page.)

But since they are currently played by men in the movies, and I figure most readers don't want to explain all night they're not Gender-flipped Hulk, they're She-Hulk, I've stuck to known, and unmistakable, female superheroes.

Let's start with the movie everyone is anticipating since Wonder Woman arrived: the Marvel Comic Universe's (MCU) answer, Captain Marvel. It won't be here until Phase IV in 2019, but she's showing up in a major way beforehand in Avengers 4.

Her costume is already here though, sold on Amazon under her other moniker from the comics, Ms. Marvel. Total price is $50.

Black Window has been in more Marvel movies than some of the male heroes who have standalone films. She was such a big part of Captain America: The Winter Solider it should have been called Captain America & Black Widow Go Hydra Hunting. Maybe, someday, she'll get her own standalone film.

But until then, the deluxe version of her costume is sold in many places. Spirit Halloween has it well-priced at $50.

Jean Grey is the star of that other Marvel franchise over on 20th Century Fox, The X-Men. They've given her a rest since the reboot when she starred as the "Dark Phoenix," but she's coming back in a major way next year, played by Game of Thrones star Sophie Turner.

Since we've had two versions, there are two costumes. The old-school one can be found at Costume Party World for $99. Outfits for all the rebooted X-Men are generically sold at Halloween Costumes for $79.

With the success of Wonder Woman and a desperate need to get the DC Extended Universe (DCEU) back on track, screenwriter Joss Whedon got himself a Batgirl movie greenlit this past summer.

It will be a while before she arrives on the screen, and a while 'til we even get an actress cast in the role, but for those looking to get an early leap on the fandom, the Batgirl costume is available at Party City for $79.

For those who want to hit up a DCEU character who's already here and saving the world, you couldn't do any better than the small-screen heroine Supergirl. Airing on The CW, this female superhero has it all, including a hint that our heroine swings both ways, much to the delight of the LGBT community.

Supergirl's costume is available everywhere, but the cheapest I found was over at Walmart for $40.

This one's for the biggest nerds in the back of the room. Squirrel Girl: a comics-only character so far. Her name is Doreen Green, and she idolized Tony Stark's Iron Man so much, she created this vigilante character in hopes of being adopted as his sidekick. She's incredibly popular with female comics readers. If you want to be the female superhero who proves your nerd cred is for real, this is the one to beat.

You can only find the Squirrel Girl costume at HotTopic, priced at $96.

More like this
Here's How To Watch 'Promising Young Woman' For Free If You're A College Student
By Ani Bundel
In 'Riverdale' Season 5, Toni Topaz Is The Black Superwoman Without A Cape
By Erika Hardison
Here's How To Vote For The Next 'American Horror Story' Theme Among 6 Options
By Cianna Garrison
Stay up to date