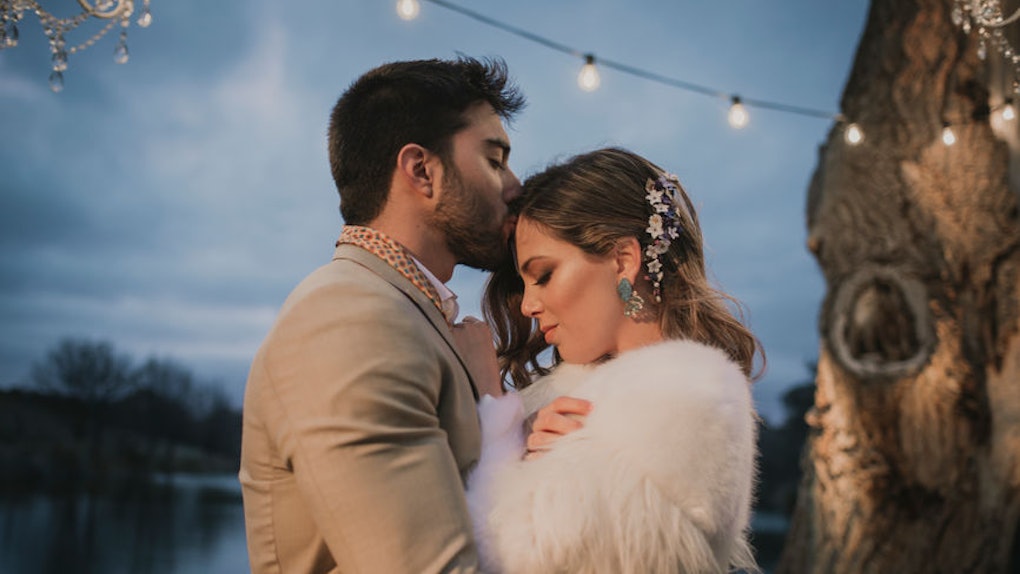 6 Dreamy Wedding Ideas From The Wedding Planners Who Created Them

What is it that makes a wedding downright magical? A breathtaking venue helps, of course, as does a thoughtful theme, sumptuous floral arrangements, a memorable menu, and enchanting decor. In short: It’s all in the details. So, searching for some dreamy wedding ideas? Lucky for you, six wedding planners are revealing some serious inspiration from their archives.

Regardless of whether you plan on tying the knot someday or not, you’ve likely been captivated by the photographs of a particular wedding. I’m talking about the stuff of fantasies — the kind of wedding that makes you believe in fairytale romance. Perhaps it was an acquaintance’s winsome winter wedding, which you spotted snowy pics of while scrolling through Instagram. Or, perhaps it was an A-list celebrity’s glamorous destination wedding that you saw photos of online. Alternatively, you may have come across photos of a complete stranger’s charming church wedding in a glossy magazine and found yourself lingering on the captivating spread. The fact of the matter is, many of us can’t resist drooling over someone else’s big day. Not only does it provide some major inspiration for when we potentially plan our own nuptials, but it also offers a much-needed escape from everyday life.

For most wedding planners, it’s pretty challenging to pick favorites among the many events they’ve been a part of orchestrating, but here is a handful that six pros can’t stop dreaming about.

Who says a wedding at home can’t wow everyone? Kia Martinson, owner of ESTOccasions in West Hartford, Conn., tells Elite Daily that the dreamiest wedding she ever planned took place at a residence in New Preston, Conn. The two brides traveled all the way from Texas to get married at the brother’s abode because Connecticut was one of the few states where they could legally get married.

According to Martinson, the home had a stunning backyard with a river, which is where the ceremony took place. The tent was lined with pine cone and flowers and greenery, and the guests sat on benches while listening to the couples’ heartfelt written vows.

The reception tent, which included trees, greenery, and a plethora of flowers, was schemed up by one of the brothers of the brides, who happened to be a New York City designer. Inside, the catering company created small open fires on the grounds to roast the food over. While they watched the cooking process, the guests noshed on small bites from the massive table with local cheese and cured meats. Finally, the brides changed into matching white suits and danced the night away.

The best part? Due to the location, most attendees had very little to no service, which meant that rather than Instagramming every moment, they were forced to be present and enjoy the celebrations.

The wedding that sticks out for Apryl D. Roberts, owner of Memorable Events by Apryl, is one that was held at The Main Hotel in Norfolk, Va.

“Everything had to be BIG and show-stopping,” she tells Elite Daily.

She wasn’t kidding, either. The wedding party consisted of nine groomsman, eight bridesmaids, and one junior bridesmaid, five flower girls, and one ring bearer. One cake wasn’t enough, either — the couple opted for a grouping of five different wedding cakes instead.

“The couple wanted everything to lush,” she says. “The design consisted of tall lush white floral centerpieces, surrounded by petite floral arrangements. Guests were initially greeted by a white flower wall adorned with the couples’ names in gold lettering.”

Guests were not only treated to a generous cocktail hour and a plated dinner, but the couple took their feast a step further with a post-party meal with comfort food to fuel guests through the festivities.

“This couple definitely wanted to shower their guests with the same amount of love that they have for one another,” Roberts adds.

When Past Meets Present

For Andrea Freeman, designer and founder of Andrea Freeman Events, a wedding at the Mandarin Oriental in New York City is one that she’ll never forget.

“What made it special is that the couple wanted a celebration that blended traditional elegance with a modern feel,” she explains. “So we went for a traditional white wedding palette and then incorporated modern green as well as gold architectural details.”

Even the smallest details were carefully thought out. For example, the bar was custom designed to coordinate with the lounge furniture and reception chairs. “Everything about this wedding was the epitome classic elegance and modern style.”

A Bash For The Books

Obviously, the location itself made this a wedding to remember. But according to Stephens, what really pushed it over the top was the vintage travel theme, which added an old-school romance to the celebrations.

“I was like a kid in a candy store being a part of this!” she adds. “From the backdrops of books to the cathedral ceilings, the entire day was a dream.”

When The Little Things Add Up

“For me, there are two things that make a wedding dreamy — a dream couple and incredibly thoughtful details,” says Skylar Caitlin, a wedding planner for Chancey Charm Weddings in Houston, Texas.

Last September, Caitlin was fortunate enough to have both factors for a wedding in H-Town.

“The couple was unique and not afraid to show it,” says Caitlin.

“One of my favorite details was an adorable beetle illustration by custom graphic designer Isidore & Augustine that was woven throughout the weekend,” she adds. “From the invitations and the wax seals on the rehearsal dinner seating chart to the signage directing guests across Rice University’s campus on the wedding day, that little guy brought creative whimsy to a completely dreamy wedding weekend.”

Perhaps the most noteworthy aspect of this wedding is that the reception happened at The Rice University Faculty Club at The Cohen House — which is the very same place where the groom’s parents held theirs nearly 40 years earlier. I’m not tearing up, you are.

A Ceremony With Sentimental Value

Sometimes it’s the story behind the wedding that sticks out. That’s the case for Alana Futcher, a Chancey Charm Weddings planner based in Charlottesville, Va. After the bride’s mother passed away several months before the wedding, her father came to Futcher with the idea of making the bride’s childhood dream of dancing under the stars come true. Futcher made the room light up by placing tea lights at each seat for guests to hold in the air while the bride enjoyed her father-daughter dance.

That’s not all, either — there was a concerted effort to honor the bride’s mom as much as possible for the big day via a bevy of heartfelt touches. The bridal party held signs of enlarged pictures of the bride as a little girl with her mother, and the bride had a piece of her mother’s wedding dress sewn into hers along with a quote from her mom. The bride’s father surprised her by presenting her with a locket that featured a photo of her mom, which he placed on her bouquet.

The wedding also happened to take place at a dreamy venue — Early Mountain Vineyards, which is located at the foot of the Blue Ridge Mountains and includes about 300 acres of the historic Monticello Wine Trail.

“With blush and blue hues setting the tone for the day, every detail was carefully thought out to pull together the entire aesthetic,” Futcher adds.

Without a doubt, however, it was the sentimental details that made this wedding memorable.

“There wasn’t a dry eye in the room,” says Futcher, and it’s no surprise.

So, what makes a wedding dreamy? It's hard to say — after all, it'll vary from couple to couple. What makes you feel weak in the knees might not impress another hopeful bride-to-be. That said, it's safe to say that it's the unique, personalized touches that take a wedding from basic to breathtaking.