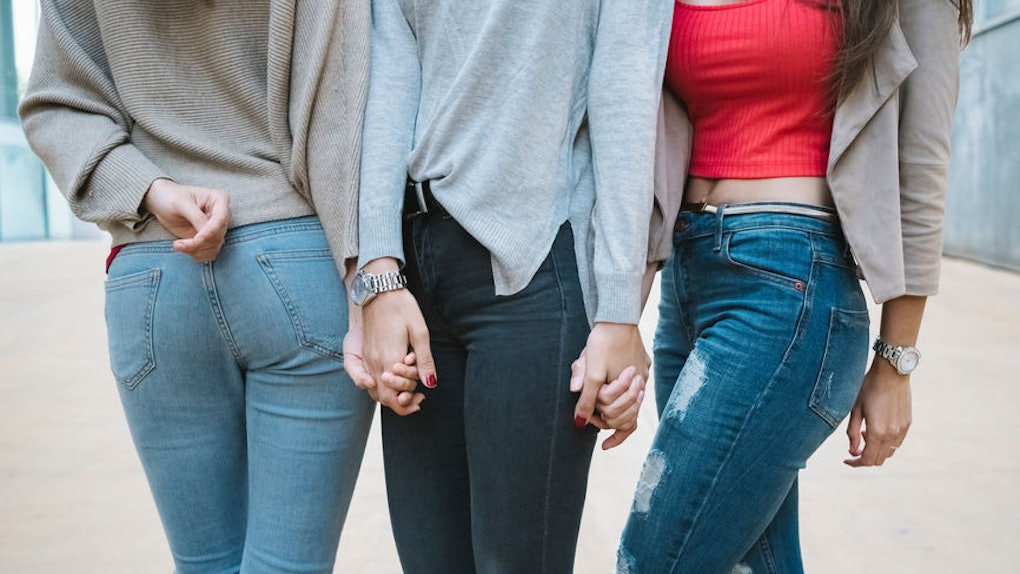 5 Signs You're Ready For An Open Relationship, According To Experts

Have you ever wanted to be in an open relationship? For some people, the idea of sharing their partner or being with multiple partners at once is a non-starter. But for others, non-monogamy may actually be a better fit — or something they've always wanted to try. If you're in the latter group, great! But first, you want to make sure you and your partner are ready to take that step. It’s important to make sure you're showing all the signs you’re ready for an open relationship before you both start dating other people.

While open relationships may not be the mainstream norm, they also aren't as uncommon as you might think. Live Science reports that according to University of Michigan psychologist Terri Conley, 4 to 5 percent of Americans were in openly non-monogamous relationships in 2013. Now, that number may actually be even higher, but the lingering stigma might prevent people from being open about their romantic arrangements. The thing is, non-monogamy isn't uncommon.

A 2014 study of more than 1,200 people conducted by Amy Moors and her colleagues at the University of Michigan shows that between 11 and 22 percent of women were interested in non-monogamy, and the numbers of men interested were even higher, ranging from 23 to 40 percent. But despite men showing more interest, when couples do decide to open up their relationships, a survey conducted by Open Minded found it was the women who were the driving force behind the decision.

If non-monogamy is something you're seriously considering, you want to make sure that you are fully prepared for it. So, I reached out to Dr. Jess O’Reilly, host of the @SexWithDrJess Podcast, to ask what she says are signs that indicate you are mentally and emotionally prepared for a successful open relationship.

Step one, says Dr. O’Reilly, is to make sure that all parties are on board with opening up the relationship and have the same level of enthusiasm for the decision. “When one partner has to convince the other that opening up the relationship is a good idea, it can be a recipe for disaster," she tells Elite Daily. "Both monogamy and consensual non-monogamy are valid options, and you don’t want to talk your partner into either.”

2. You’re Prepared To Deal With Some Jealousy

One of the biggest roadblocks to a non-monogamous relationship is — no surprise here — jealousy. And while some amount of jealousy is inevitable for most people, Dr. O'Reilly says that if "you're willing to acknowledge and deal with negative emotions like jealousy and insecurity," jealousy doesn't have to doom an open relationship.

But it's not all negative. “Research suggests that jealousy may be lower in CNM [consensual non-monogamous] relationships," says O'Reilly. She suggests this may be because folks in a CNM relationship are drawn to the dynamic because they're naturally less inclined to jealousy, or because they are able to address their feelings more openly and effectively with their partners. However, even in those cases, O’Reilly says you should still be prepared to experience some level of jealousy because “it’s a universal human emotion, and if you’re unwilling to admit to it, you’ll likely have trouble dealing with it when it inevitably arises.”

3. You Know Why You Want To Open Up Your Relationship

4. You’re Not Doing It To "Fix" Your Relationship

If you have figured out your why, and realize you’re making this decision in hopes it will solve all your relationship problems, O’Reilly advises against moving forward: “Consensual non-monogamy is not a panacea for issues related to sex, money, time, family, personal values or other sources of relationship conflict. You may find that your communication improves when you open up the relationship, but you may find that your problems are exacerbated by the added layer of responsibility.” She advises that in this case, rather than opening up your relationship, you “work your stuff out” first. Have tough conversations, seek professional help, or spend time on yourself. Open relationships aren't a solution to pre-existing relationship woes.

One thing you are going to have to become very familiar with if you want your open relationship to be happy and fulfilling is boundaries. You and your partner will have to work together and communicate about how you will define the boundaries of your open relationship. “There is no universal standard for cultivating a happy relationship — you need to talk to your partner about needs, desires, boundaries and fears,” says O’Reilly. She adds “people in CNM relationships tend to have more of these important conversations, as you can’t afford to make assumptions when you’re veering outside of the norm.”

If you feel like this is something you want to explore and you're ready to move forward with opening your relationship, then it’s time to have a talk with your partner. O’Reilly offers some advice and things to consider. First of all “you can’t convince your partner to open up the relationship, but you can present it as an option and be open about what attracts you to a specific relationship arrangement,” she says. “You might start by discussing your definitions of monogamy, as data suggests that there is no universal definition.” And, of course, you don’t have to do it alone. “You might consider having a discussion about monogamy/CNM with the support of a counselor or therapist who can help you to ask and answer important questions,” O’Reilly suggests.

Ultimately, it comes down to honestly and communication. If, in your heart, you know open relationships are right for you — or you’re ready to find out — then there is nothing wrong with exploring that, so long as you and your partner are on the same page. You get to define your relationship together — you don’t have to follow the mainstream. In other words, you do you boo — consensually.