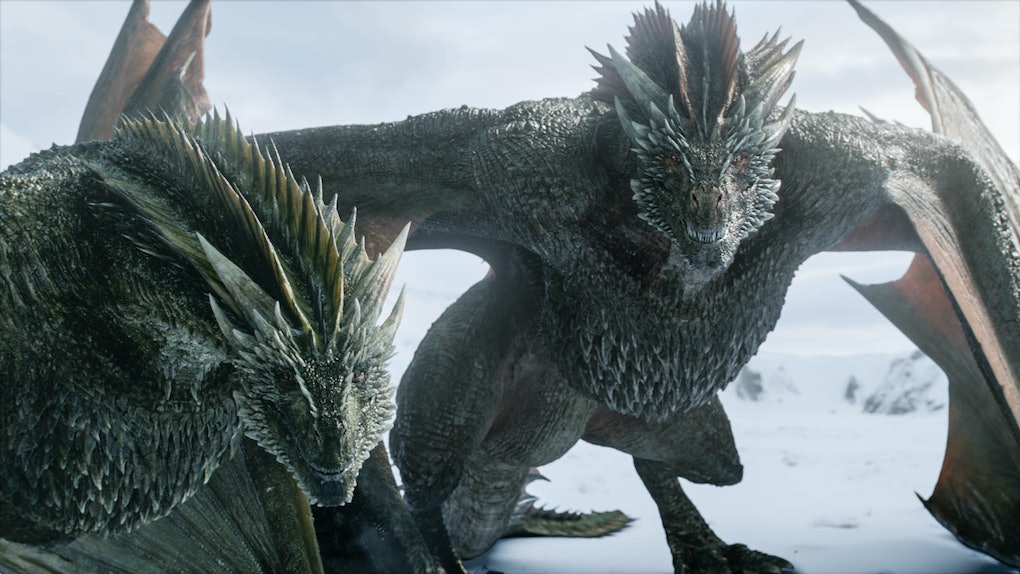 HBO has been ultra-secretive about the status of any potential Game of Thrones prequel. Though the network commissioned five scripts as potential projects, only one got to film a pilot. Since then, there's been little news and nothing on any other potential series. Then, on Thursday, Sept. 12, rumors spread HBO was green-lighting a second pilot, based on George R.R. Martin's Fire & Blood. Since then, Fire & Blood theories have been running rampant, as fans try and guess what the show could be about.

The rumors started when Deadline got word of the following:

HBO is close to giving a pilot order to a GOT prequel from author and GOT co-executive producer George R.R. Martin and Colony co-creator/exec producer Ryan Condal, which is set 300 years before the events in Game of Thrones and tracks the beginning of the end for House Targaryen.

Any show set 300 years before the events of Game of Thrones begins with Aegon's Conquest. But "tracks the beginning of the end" of House Targaryen? Aegon Conquest is about the rise of the house, not the fall.

EW hears the series would lead up to and eventually chronicle the house’s civil war — a.k.a the legendary Dance of the Dragons.

So how exactly would this show play out? With HBO refusing to comment, here are the going theories:

The first (completed) Fire & Blood novel focuses mostly on Aegon's Conquest and the years that followed. That might seem like a short story, but it's not. Martin's book makes clear, though history likes the say Aegon conquered Westeros in three years, in truth, there was a long, protracted fight over Dorne that went on for generations after.

2. The Series Will Cover A Different Targaryen Ruler Per Season

A second theory is that the show won't want to spend endless hours picking over the Dorne problem. (After all, no one likes Dorne.) Instead, the show will treat Fire & Blood the way Hermione treats Hogwarts: A History, with every era (and ruler) getting their due.

But if the show is going to cover one ruler at a time, that means that the timeline will compress and expand as needed. Some rulers, like Aegon I, ruled for nearly four decades, while others, like Maegor I, ruled for a mere six years. The show may jump around in time to cover everything properly.

4. 'Fire & Blood' Will Jump Quickly To The Dance of Dragons

The original Game of Thrones series talked a lot about the Targaryen civil war, known as the Dance of Dragons. It's a significant part of Targaryen history. It makes for a logical endpoint, but how to get there from Aegon's Conquest? One theory says the show will jump directly from one to the other.

5. The Series Will End With Dany's Dragon Eggs

The other theory is that Fire & Blood may technically hinge of House Targaryen, but the real focus will be the dragons. If so, then the decline and fall of these beasts would be the actual logical endpoint and not the Targaryen Civil War.

That would also give fans another easter egg: What's West of Westeros? Turns out that's where a certain Targaryen in-law took three dragon eggs and disappeared... only for those eggs to turn up as a wedding gift to a Khaleesi a century on.