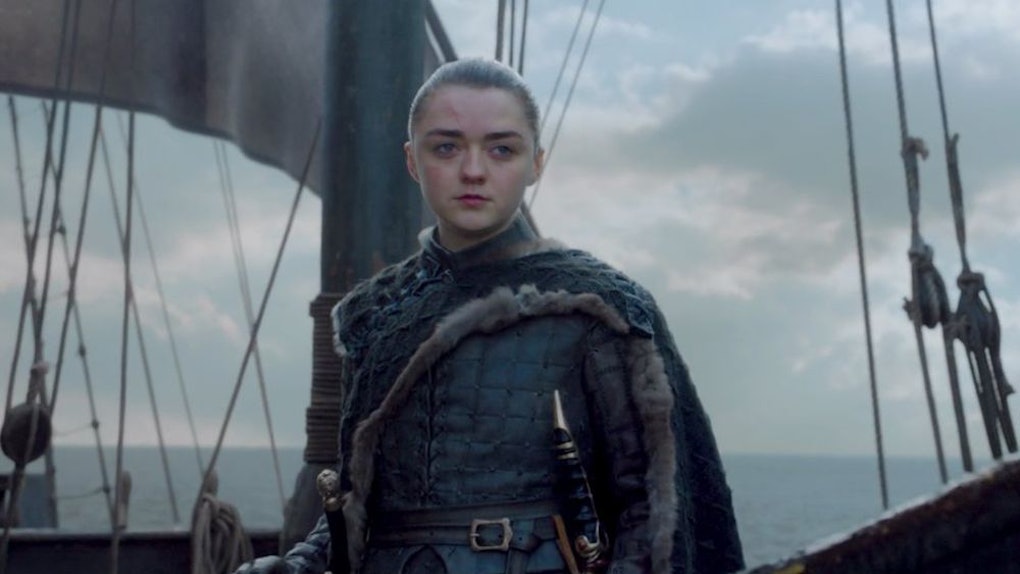 J.R.R. Tolkien famously said of The Hobbit and The Lord of the Rings that he "started with a map." Maps in high fantasy are part of the world build, a document in the front pages of the novel for fans to study and obsess over. In the case of A Song of Ice and Fire, three continents are shown, Westeros, Essos, and Sothoryos. Sothoryos is south, Essos is east, and Westeros is west. But what's "West of Westeros" on Game Of Thrones? No one knows. As Arya says, "It's where all the maps stop."

Arya has been quite a little world traveler throughout the last eight season of the series. She started at Winterfell, then went south to King's Landing, before escaping to Harrenhal in the east before going up to the Twins at the bottleneck of the continent. From there she travels with the Hound to the North East mountain range knows as the Eyrie, and then across the Narrow Sea to Essos.

Arya must have studied the maps during her travels, because when asked by Lady Crane where she will go, if not with their acting company to Pentos, Arya responds: "West of Westeros." It's the place no one has been.

To the East of Westeros, the body of water between it and Essos is known as "The Narrow Sea." That's because of how small it is across. Sailing from one to the other is only a few days ride. When modern transportation is invented, it will probably take a few hours. On the other side of the Seven Kingdoms is a different body of water, called "The Sunset Sea." Like Earth, the sun goes East to West on Planetos, hence the name.

There are rumors there is a lost country that way, one the ancient Iron Islanders came from. It is said the Seastone Chair, that is the throne of the Islands was built by them.

But if there is, no one has successfully found it. Arya is not the first Stark to try either. Brandon the Shipwright, one of the Kings of Winter, at one point tried to sail across but disappeared. His son, known as Brandon the Burner, destroyed the northern shipyards as a result, which is one reason the North doesn't have a decent navy.

The Starks weren't the only ones to look either. In 29 AC, Elissa Farman, daughter of Lord Marq Farman of Fair Isle, joined with Ser Eustace and Ser Norman Hightower to find out what laid beyond the maps. Norman's ship was rumored to have been attacked by a Kraken and sunk, Eustace turned back to Oldtown. But Elissa sailed on, and rumor has it her ship, Sun Chaser, was later spotted in Asshai.

If the story of Elissa is true, then what may lay West of Westeros is...the western shores of Essos.

But until someone successfully circumnavigates the world, connecting the two sides of the map into a globe, the answer is still that no one knows what's west of Westeros. Somehow I get the sense Arya could be the one to find out.