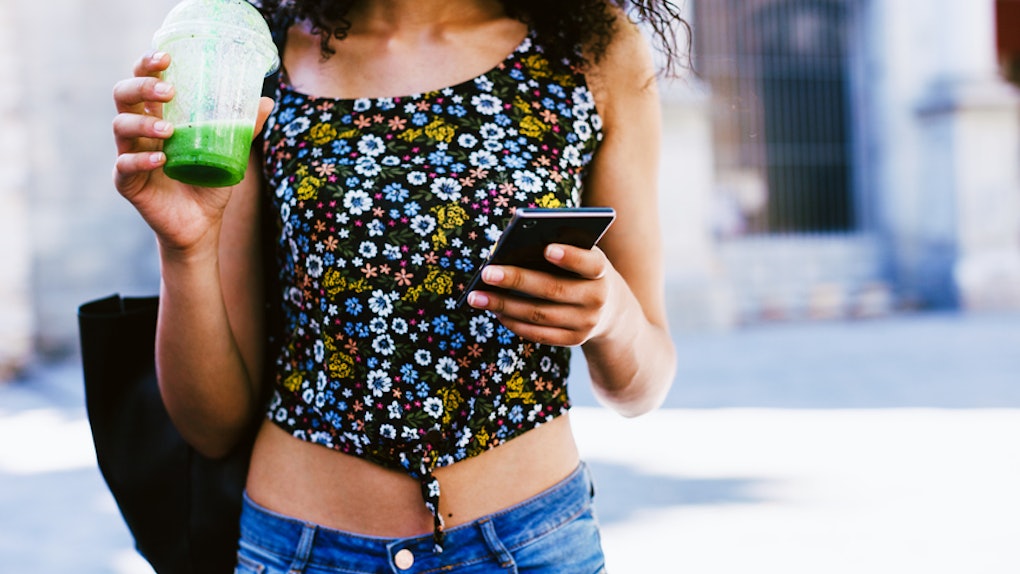 After years of being overly critical of lame and unoriginal messages from matches on Tinder, Bumble came along and turned the tables. Now, it's up to us ladies to come up with a perfect one-liner. Figuring out the most impressive first messages to send to your Bumble match can feel like a bit of a shot in the dark. Although it's totally acceptable to ask about or reference something in their profile, you can best believe that just about everyone else is likely doing some version of the same.

Mom was right — you only get one chance to make a first impression, so it's always a good idea to have some cute go-to first messages that are total crowd pleasers. Remember, assuming the conversation continues for a bit, you have plenty of time to ask more straightforward questions once you've got some messaging momentum going. Starting out on a fun, slightly sassy note can be just the thing to make you stand out. If you're having trouble with coming up with some witty openers, don't worry, here are six first messages that effortlessly give off the perfect vibe to get things going on the right foot.

Because honestly — non-meat eaters aside — who doesn't love bacon? I'll speak for myself, but if someone referred to me as "bacon" endearingly, I can't even put into words the amount of self-restraint it would take to not fall in love with said person immediately. Plus, it's cute and carefree, which, in my opinion, are two of the most important things to be when trying to connect with someone on a dating app. Feel free to also send along a GIF of Kevin Bacon, or replace the word "bacon" with the emoji.

2. So How Long Do We Need To Keep Things Going Before You Can Seamless Me Some Tacos?

Not a taco fan? No worries, just fill in the blank with your favorite food item; If they are smart, then they should be able to easily turn the tables and suggest that the first feeding session has got to happen in person.

Don't watch Rick and Morty? Then feel free to swap in your favorite show. I'll let you in on a secret: If you're looking to take your MFK game to new heights, cartoon characters are where it's at. Not only does it add an unexpected layer of complexity to the deliberation process, but it's pretty much guaranteed to give off a free-spirited, playful, and flirtatious vibe. Plus, with cuffing season upon us, it's never a bad idea to make sure you're Netflix habits are in sync from the get go.

4. Your Pics Are A Bit Revealing... Is This A Kink Profile?

I actually sent this to a guy once because he was wearing a different turtle-neck sweater in literally every pic and it surprisingly lead to a pretty enjoyable series of dates in the end. Although a turtleneck sweater obsession is a bit of a niche market, this could also be a funny line for a guy with a shirtless pic... or four.

Not only is this game a low-key juicy way of finding out some interesting talking points to keep the conversation flowing, but it's also fun. Keeping up with several conversations at once on dating apps can turn into a real chore; staring on a fun note with a game is a great way to send out new vibes to someone new. If you're feeling extra spicy or worried that the line might be too overused, then just send along your two truths and a lie followed by a solid emoji cluster and see if they are quick enough to suss out what you're up to.

Starting conversations can be totally nerve-wracking, but try not to sweat it. If you have the urge to make an obscure joke or reference, then do it. Being yourself is a good way to eliminate low compatibility matches anyway — this way, you increase the chances that the people you do end up meeting up with can hang.