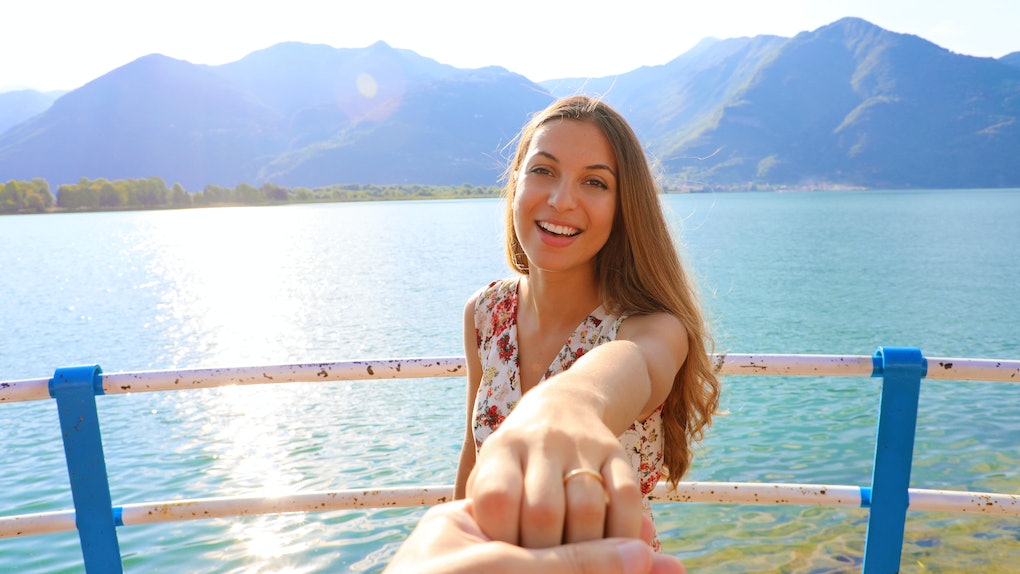 I think most people would gladly accept a diamond. However, not everyone would be as willing to wear that diamond if it meant eating dinner and having sex with the same person for eternity. Choosing to "do you" over saying "I do" is a personal preference, but it can also sometimes depend on your zodiac sign. It's possible that marriage just isn't your thing, and if you'd rather be in a committed relationship with pizza and Grey's Anatomy than with a person, then more power to you. But for the zodiac signs who want to get married, matrimony isn't a trap — it's a goal.

People eager to take a walk down the aisle tend to value commitment above all else. Some zodiac signs would rather give up iced coffee than their single status (I'm looking at you, Sagittarius). For others, relationships are the ultimate source of comfort, security, and reassurance. Sure, there are zodiac signs who can't wait for their wedding day. But then there are signs who are more excited for everything that happens after that big day, and they'll likely be tying the knot sooner rather than later. Here are the four signs who can't wait to set a wedding date.

Taureans are the comfort-seekers of the zodiac, and what could be more comfortable than marriage? Those born under this sign tend to thrive when they're in secure, stable relationships, so it makes sense that matrimony is usually their end goal. While incredibly self-reliant, Taureans like the idea of having a partner they can depend on to eat takeout food and have movie marathons with them for life. This earth sign is also known for being decisive, so while the idea of a lifelong commitment may scare some, a Taurus can say "I do" without any hesitation — once they find the right person, of course.

Cancers are creatures of habit. As people who crave almost constant reassurance, they're comforted by the idea of having a ring on their finger and the same person lying beside them in bed every night. They love without reservation, and they need the sort of nurturing and attention that a doting spouse can promise them. Those born under this water sign also tend to prioritize family over everything, so having a partner who wants to join their family is an exciting prospect. Cancers seek partners for life, and they want a person who'll stand beside them for better or for worse.

Of all the signs of the zodiac, materialistic Libras want that big sparkly ring on their finger more than anyone. But it's not just about the bling and the pretty white dress for them. Libras are ruled by Venus, the planet of love, making this air sign a total romantic. They hate being alone, and they operate best when they have a committed partner by their side. Those born under this sign love to love, and they love to be loved in return. They also tend to be idealists, so when their SO gets on one knee, they won't overthink the question.

Scorpios are firm believers in the idea of soulmates. From the moment those born under this sign find someone they click with, marriage is pretty much inevitable (and Scorpios' relationships tend to feel like marriages long before they even tie the knot). This sign is intense, and rather than intimidating them, the intense bond of matrimony entices them. Fiercely passionate and loyal, Scorpios tend to fall head-over-heels, and these relentless individuals won't rest until they have the assurance of rings and a marriage certificate. For Scorpios, there's no such thing as saying "I do" too soon.

If you're eager to exchange rings but don't have a special someone, don't panic. For those prepared to make a big commitment, the right person tends to come along sooner or later, so try to be patient and keep your heart open.