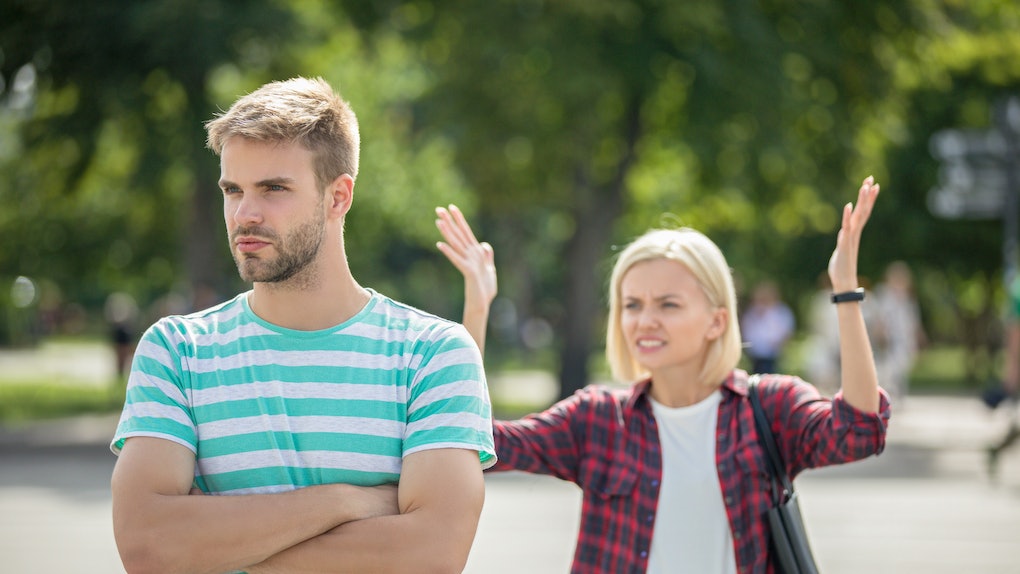 4 Zodiac Signs Who Are Hard To Argue With In Relationships

There are great reasons to fall in love with every sign in the zodiac. They each have special quirks and personality traits that make them uniquely attractive as partners. But with the good also comes the, well, challenging. And for some, that might be how they conduct themselves during a fight when you inevitably disagree. If you happen to be very non-confrontational, then you might want to keep in mind the zodiac signs who are hard to argue with. That way, you can weigh it against all of their positive traits when deciding if they’re the right fit for you.

While any sign is capable of having a mature discussion, just as any of them have moments where they may forget to fight fairly, some are just more likely to skew toward the latter. Whether that's because they hold onto grudges, or value winning a fight over resolving an issue, these are the zodiac signs who are, ahem, kind of a nightmare to fight with.

When an Aries gets into an argument, this Mars-ruled sign is ready for war. Aggressive and passionate Aries is determined to win the fight even when, in their heart of hearts, they know they’re in the wrong. They have trouble admitting when they make a mistake, in part because being in a fight brings out this fire sign’s competitive side. The good news is that while Aries might burn brightly while they’re angry, they don’t stay that way for long. Once the heat of battle subsides, they’re over the issue quickly and ready to act like nothing ever happened.

It’s not easy to make warm and loving Taurus angry, but when you push them far enough, look out, because you're about to get a piece of the bull's mind. Taurus usually tries to give people the benefit of the doubt, but when a line is crossed and they feel they’ve been wronged, there’s no changing this stubborn sign’s mind. It's their way, period. The best way to handle an angry Taurus is to apologize for your part in whatever caused the disagreement and wait for cooler heads to prevail before calmly discussing your side of things.

Fighting with a Gemini can feel like playing a master at verbal chess. This highly intelligent sign uses its dynamic mind and versatility to constantly shift the subject if they feel cornered in an argument. Their connection to Mercury means they have a way with words and can easily deflect blame and change the course of the conversation without their partner even realizing it. Before they know it, the slighted partner may even find themselves apologizing to their Gemini. It might feel like the issue is resolved in the moment, but, over time, that kind of subtle manipulation can lead to serious resentment.

Among all the signs, fighting with a Scorpio is probably the worst. That's because this sign has a very aggressive and passionate arguing style, and they’ve been known to go way below the belt just to win a fight. But it's the fact that Scorpio holds a grudge like no other that makes fighting with them such a nightmare. Scorpio values loyalty and trust above all else, and they can sometimes interpret disagreement as betrayal. Long after a fight is seemingly resolved, Scorpio’s still simmering with anger and saving it as ammo for the next time you disagree.

While the thought of having to argue with these signs might sound daunting, don't let it put you off of them forever, especially if you find one that you click with. Remember: The zodiac is more of a guideline than a hard and fast rule. Plus, arguing healthily is something anyone can learn if they're willing to put in the work. In the meantime, just take a breath and practice being a little kinder to one another. That’s a fight everyone wins.