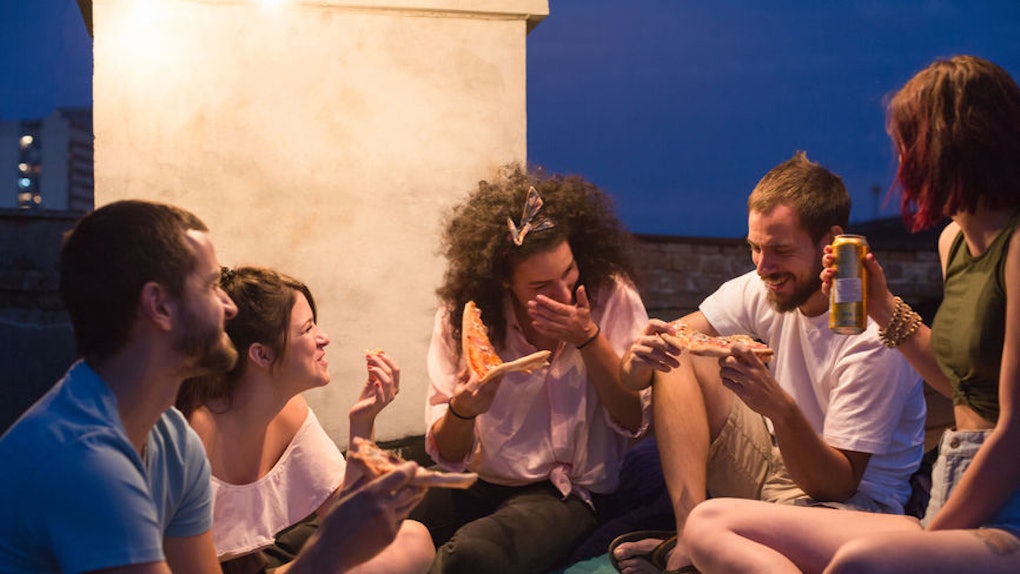 4 Ways Dating Someone Can Change Your Friendships, According To An Expert

Whether you're single, in a relationship, or swiping your way through the dating pool, one of the most important things you cherish are likely your friends. Good friends are there for you no matter what, and they don't care if you're single or just got dumped, or had to break up with someone yourself. Good friends love you always, no matter your relationship status. But, if you're used to being single and you start dating someone new, then all of the ways dating someone can change your friendships might surprise you.

Obviously, you don't ever want to have to chose between a friend and a partner, but when you start dating someone new, it's normal if you notice things beginning to shift in your friendships. "It's a normal part of life to have some friendships that last and some that do not," Stef Safran, matchmaking and dating expert, tells Elite Daily. "When people get married, move or have kids, things change."

The thing is, even if you aren't planning on settling down with the person you're dating any time soon, the fact that you're seeing someone when you've been single for a while might actually have the power to change the dynamics within your friendships, even if you don't intend it to. And that's normal! You're spending more time with your partner, you're trying new things, and your free time is sparse. So if things are starting to heat up with that new cutie from the bar, then it might be good to be prepared for how your friendships might change once you officially start dating.

Of course, this isn't to say that your friendships will definitely change if you have a new partner. You're in control of your relationships, so if you are great at time management and feel confident in your friendships, you might not see any changes within those dynamics. But if you do, just try to remember that it's normal. Here's what experts say you might expect.

1. You might not be able to fully relate to your single friends anymore.

If you're happy with the person you're dating, and all your friends are single, it can be hard to commiserate together over certain relationship woes, like swiping on apps or bad first dates. "For some women, it is hard to be single," Safran says. "If there is existing pressure from their family or friends to meet someone or get married, a friend being in a new relationship can cause self doubt."

It sounds obvious, but it might sneak up on you now that you're dating someone and your friends aren't. It doesn't have to mean your friendships end, of course, but simply that now, your relationship statuses are different, and so are your realities.

2. On the other hand, you might grow even closer.

Even if your friends are single and you aren't, that doesn't necessarily mean you'll drift apart. In fact, you might even bond with some friends about their past relationships now that you know what it's like. Or maybe you'll grow closer if your new bae helps your friend meet someone new. "Some friendships might get stronger, and you might find that if they also meet someone, that you can grow closer," Safran explains.

While your own friends might take some time to get used to you dating someone new, you could meet new friends through your new partner. "Sometimes you might grow closer to your significant other's girlfriends and start spending more time with people who are in a couple."

Again, this doesn't mean your current friendships will end, but you might just make some new friends, which is never a bad thing!

Sadly, not all friendships are built to last, and if your friends can't accept your new relationship status (even if you've done everything you can to integrate them into your new relationship and spend time with them equally), it might mean you need some time apart. "Some friendships might just fade away due to the major life change and the inability to be available for the things you used to do," Safran says. It's not a bad thing, it's just a natural effect of dating someone new.

Friendships evolve, and whether it's because of a new relationship, a move, or another big life change, it's not necessarily any one person's fault. "Since we are looking for different things out of our lives (Not everyone wants marriage and kids!) it isn't a surprise when you start to connect with people who are in similar situations," Safran says. "Decide if someone is important to you, to make the time so that the friendship has a better chance to survive when one person is in a different life stage."

More like this
Here's Why Someone Cheats On Their Partner, Based On Their Zodiac Sign
By Danielle Sinay
The Ugly Truth: If You Cheat On Someone, You Do Not Love That Person
By Gigi Engle
Is Madison LeCroy Dating Whitney Sudler-Smith? Here's What Sources Say
By Candice Jalili
Stay up to date