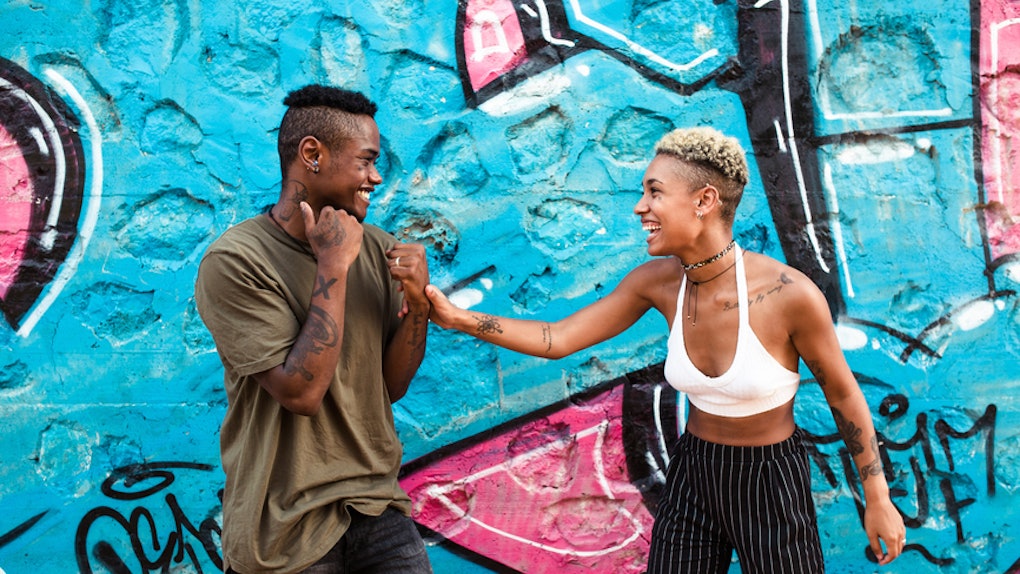 People who have been in relationships with someone who was more than a few years older or younger than they are will probably tell you that, while age is technically just a number, sometimes it says a lot about someone and their life circumstances. And while relationships with age gaps can (and certainly do) succeed it's important to keep your eyes peeled for red flags when dating someone younger during the early stages of seeing this person.

At this point, it should go without saying that, while someone's age may imply something about their level of maturity, at the end of the day, maturity and age can be at shocking odds with one another. As someone who has been dating people who were over 30 since the beginning of my 20s, I can confidently say that I have come in contact with countless grown men with the same maturity level as my 16-year-old nephew. So age shouldn't necessarily be a deciding factor unless you find that age-related weirdness keeps becoming a "thing."

However, you should still keep an eye out some things that signal age might be more than just a number. Elite Daily spoke with certified dating coach Damona Hoffman to get some insight into the signs that the person you're dating might not be the best fit.

1. They Seem Preoccupied With Your Career Or Connections

"Make sure they are in it for the right reasons," Hoffman tells Elite Daily. "When you are older, you usually have more resources, connections, and knowledge that a younger person might be interested in accessing."

If your younger bae seems to be fishing when it comes to who you know, and job details that make you feel even the slightest bit sketchy, this could be a sign that they are hoping your relationship might give them a leg-up.

2. Your Sex Drives Aren't In Sync

"Look out for a difference in sex drive," warns Hoffman. If they can't seem to get enough kiss, kiss, bang, bang, to the point where you're starting to wonder if you can keep up with their sexual appetite long-term, then you could be in for some trouble down the line if you don't communicate.

"Biologically speaking, sex drive decreases as you age and you need to make sure your partner is satisfied with your sexual connection," says Hoffman.

But of course, sex isn't everything. Sometimes, steamy sex is the main thing that draws two people from different age groups together, but if a lasting relationship is what you're after, then don't just think with your genitals. "Physical chemistry can ebb-and-flow in a relationship and you need to share more interests, values and goals for your relationship to last," explains Hoffman.

3. They Haven't Fully Integrated You Into Their Life

A big part of being in a meaningful relationship is getting to know the people who are closest to your new bae. But take note if it's been a while and you have yet to meet any of their friends.

"If someone younger doesn't want to introduce you to their friends or integrate you fully into their life, they could be in it for the wrong reasons," says Hoffman.

But before jumping to conclusions, initiating a non-confrontational dialogue about how you'd like to feel more included in their life would be a great start. Plus, how they respond to you will tell you a ton about their maturity level and if they are able to communicate clearly.

4. You're Each In Different Parts Of Your Life

Gauging the long-term potential for pretty much any relationship hinges on the fact that you both have visions for the near and distant future that can, at the very least, coexist. While your partner's goals don't need to be the same as yours, they do need to be things that you would be willing to meet in the middle on. According to Hoffman, it's important to get a sense of their goals for the future early on, so you'll know how best you can — and if you can — help your partner meet them, while still reaching your own.

To some, age may very well be just a number, but it never hurts to do your due diligence when it comes to sussing out whether or not the person you're dating is on the same page as you are. In the end, if both party's intentions are on the up-and-up and you have life plans that complement each other's, then there's no need to get caught up in worrying about an age gap.