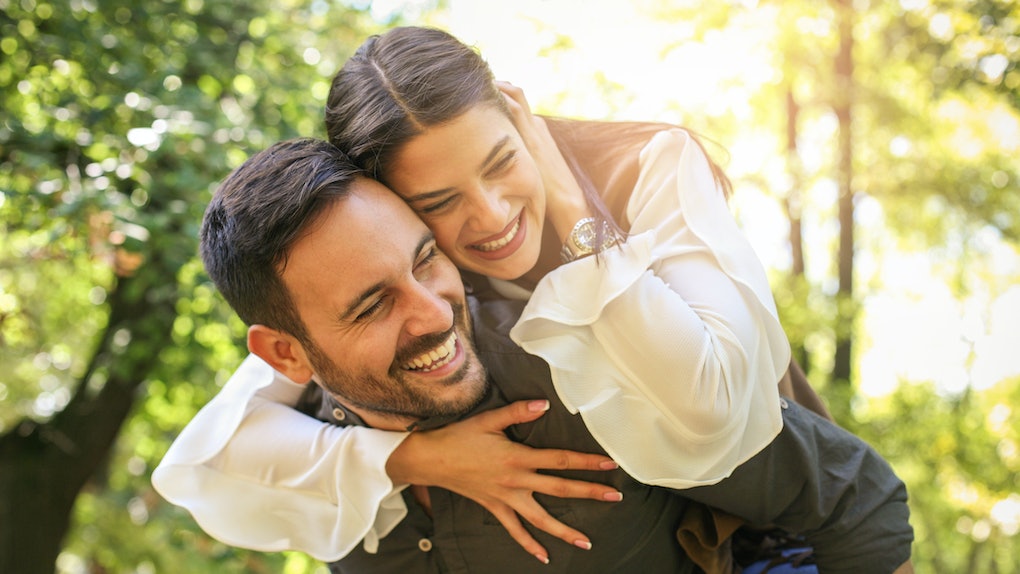 In my mind, I'm chill AF. But in reality, I'm about as far from chill as a person can get. I can't help it — I'm compelled to over-analyze and scrutinize. If someone sends me "K" in a text message rather than "OK," you better believe I'm going to consider all of the possible implications of this one-letter text in my head for the next 96 hours at minimum. When it comes to the most chill Myers-Briggs personality types, a Logistician is probably not a contender, and as a result, my ISTJ personality makes me far more high-strung than low-maintenance.

What makes a person chill in a relationship? Someone who knows how to live in the moment or someone with a trusting nature is probably less likely to stress about their relationships than someone harboring doubts and insecurities. Having an MBTI personality type that tends towards chillness doesn't necessarily mean that you're always cool as a cucumber, but it definitely helps. Not sure what your personality type is? Take the test to find out. You might just be one of the Myers-Briggs personalities most likely to play it cool in relationships (and if you are, please teach me your chill ways!).

When it comes to chilled-out lovers, ISTPs take the cake. Virtuosos simply don't see the point of getting themselves worked up over things that are out of their control. If their crush isn't reciprocated, that's fine — they'll find someone else. To them, there's no point in trying to change a person, and if a potential partner doesn’t seem like a good match, Virtuosos have no problem moving on.

It's true that ISTPs can sometimes be considered too chill. As they tend to dislike commitment, their laid-back nature can potentially translate as cold rather than chill. But that's simply because Virtuosos are all about living for the now. They're happy to settle down for the right person, as long as that person gives them plenty of space to do their own thing and be their own chill self.

Like ISTPs, ESTPs tend to focus on enjoying the present rather than obsessing over the past or the future. Entrepreneurs don't want to be held back or brought down by stress, because that will keep them from having the freedom that they thrive on. They value spontaneity and excitement over well-laid plans, so rather than dreaming about their wedding day, ESTPs are more likely to be found thinking about their next fun adventure.

As a result, Entrepreneurs don't tend to get worked up over relationship strife. An ISTP's habit of leaping before looking can get them into trouble at times, but it allows them to enjoy their relationships rather than overthink them. People with this personality truly don't know how to sit still, so while they're not chill in that sense, their tendency to take action rather than dwell on mistakes and heartbreaks makes them pretty laid-back in relationships.

Though ENTPs do spend a lot of their time processing and analyzing information, they are prone to taking a rational approach rather than an emotional one. Debaters are more likely than other personalities to be logical and objective. While they might read into text messages or tones of voice, they'll do so in a quest for empirical evidence rather than simply deciding that a certain text or tone hurt their feelings.

The greatest weakness of ENTPs tends to be their emotional obliviousness (sorry, Debaters, but it's true). However, being analytical rather than emotional does make them considerably chiller than personalities ruled by feelings. Debaters don't like to get unnecessarily stressed out. They like to push boundaries, not question them, and while they may not be the most laid-back people in general, these qualities allow them to be pretty chill in romantic relationships.

INTPs can sometimes appear chiller than they actually are, but when it comes to relationships, they're pretty similar to ENTPs. Logicians have extremely active minds, but if things feel tiresome or pointless, they tend to let them go rather than hold on to them unnecessarily. They may just be the most logical of all the personality types, so if something (or someone) isn't making sense, they're not going to fight to make it work.

Don't get me wrong — INTPs take their relationships very seriously. But as those with this personality tend to be particularly direct and honest, they'll work to create mutual understand rather than trying to read their partner's mind. For them, minimizing misunderstandings makes far more sense than playing games. They won't waste their time trying to puzzle over their partner's body language. After all, why stress when you can simply ask what's up?

As wonderful as it can be to have a partner, being in a relationship can also come with its fair share of stressors. But if you're one of those lucky few for whom dating doesn't cause all that much stress, enjoy it — it will definitely save you lots of headaches along the way.