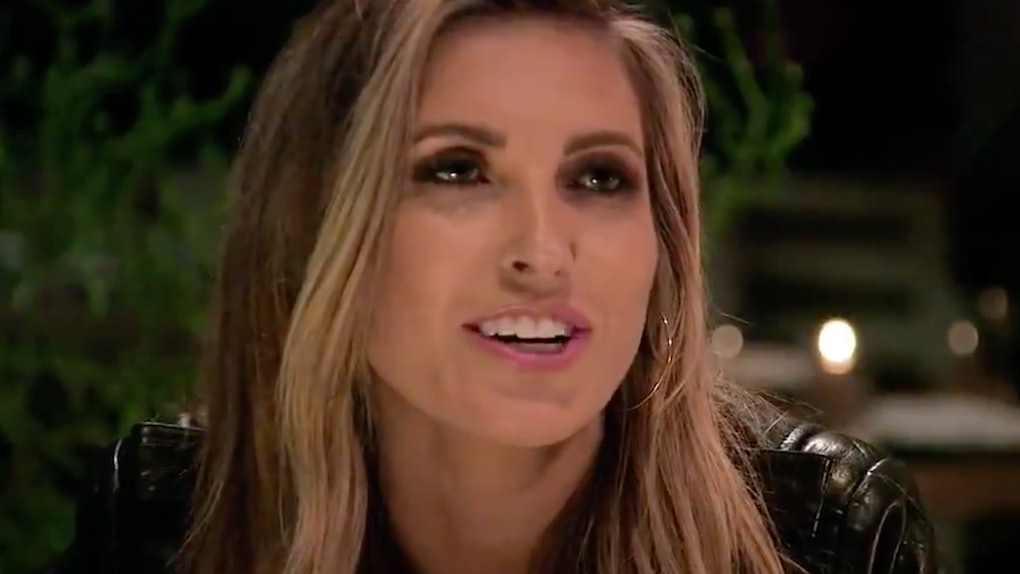 It's been almost a decade since fans said goodbye to the original run of The Hills on MTV, but the iconic reality series will be back this summer for a reboot. It's time to return to the lap of California luxury when the The Hills: New Beginnings premieres on MTV on Monday, June 24. But, before the series premieres, you might need a little refresher to catch back up with everyone's favorite So-Cal gals. Here are some facts about The Hills that will remind you why the reboot series is so exciting to fans.

The Hills originally ran on MTV for six seasons from 2006 to 2010. The series followed the lives of several women in Los Angeles, and it originally starred Lauren Conrad, Heidi Montag, Audrina Patridge, and Whitney Port. Later on, Kristin Cavallari, Lo Bosworth, and Stephanie Pratt also became part of the main cast. The new reboot series won't feature all of the original cast, with Conrad and Cavallari most notably sitting out for New Beginnings. However, New Beginnings will have some newcomers joining the cast, like actress Mischa Barton and Brandon Thomas Lee, who is the son of Pamela Anderson and Tommy Lee. You can see some of the new faces interacting with the old ones in the New Beginnings trailer below:

The trailer is sure to be really nostalgic for for all the serious Hills fans out there. But, for those who are looking foe a recap, here are four facts you need to know about The Hills.

1. The Hills Was Actually a Spinoff Series

The Hills wasn't the first time audiences met Conrad & Co. Conrad, along with Cavallari, Bosworth, and a few other later Hills stars got their start on the reality show Laguna Beach: The Real Orange County. Laguna Beach ran on MTV for three seasons from 2004 to 2006. Laguna Beach was produced as a response to the success of the FOX drama The OC, which presented a fictionalized version of the real-life world the the cast lived in on Laguna Beach. Fun fact: one of the stars of The OC was Mischa Barton, who is now to going to be on New Beginnings. It all comes full circle.

There was a lot of drama between Conrad and Cavallari over the course of the The Hills, ending in them choosing to part ways. Neither one will be appearing on New Beginnings; Conrad has chosen not to appear on camera and Cavallari is gearing up for her own show on E! But just because the two big wigs won't be on New Beginnings doesn't mean they won't be a part of it. Because their dynamic was such a huge part of the original series, there is sure to be mention of the two of them often on the reboot.

3. The Glossier Founder Was on The Hills

Glossier was founded in 2013 by Emily Weiss, but before she was revolutionizing eye brows across the country, she was featured on The Hills. Weiss was an intern at Teen Vogue at the same time as Conrad and Port, and so she had a three-episode arc on The Hills. Since Glossier is now such a huge part of culture in 2019, there's a possibility Weiss could make a comeback on New Beginnings.

4. People Say The Hills Was Scripted

While The Hills was on the air, a lot of viewers questioned just how real the show was. Many of the cast members alluded to the fact that their some of their situations and lines were planned out. But, regardless of whether The Hills was all true or not, New Beginnings will definitely be grounded in reality. In an interview with Cosmopolitan, Port said:

I definitely don't think it's going to be scripted. [Producers are] really going to look at what's actually going on in our lives. There's probably enough happening in all of our lives that it will speak for itself and [drama] won't have to be created. Fans and viewers can see right through the fake stuff.

You can catch up on all the drama when The Hills: New Beginnings premieres on MTV on June 24.

More like this
5 Facts About Courtney From 'The Circle' Season 2
By Dylan Kickham
Colton Underwood Is Reportedly Making A Netflix Show After Coming Out As Gay
By Dylan Kickham
This 'Drag Race' Season 13, Episode 14 Clip Shows The Top 4 Getting SO Real
By Lexi Williams
Stay up to date