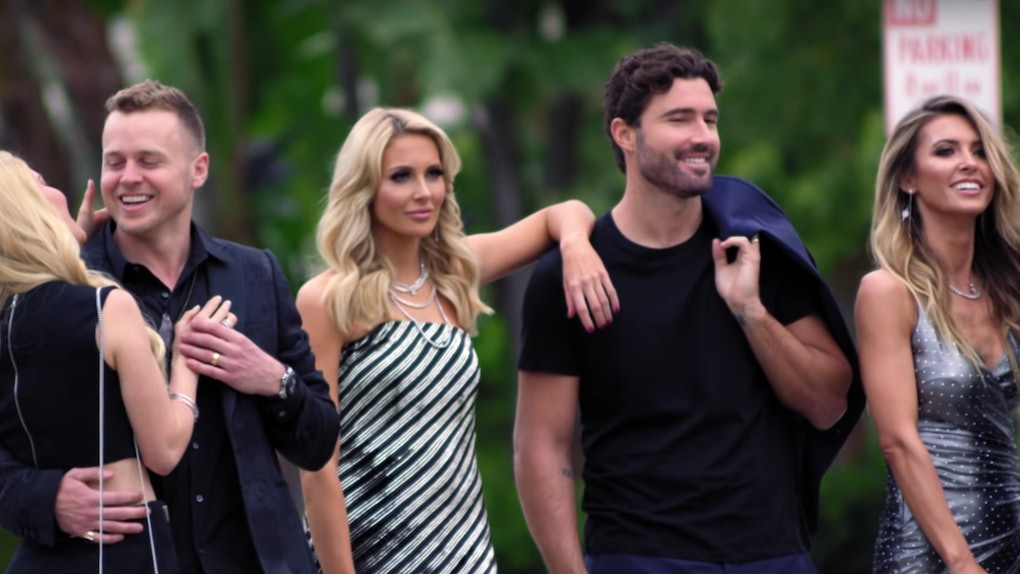 'The Hills: New Beginnings' Trailer Will Make You Feel Like A High Schooler Again

It is time to feel the rain on your skin once again, because The Hills is officially back. News of the upcoming revival first broke last fall, but since then, fans have not gotten too much information about the revived series. That changes now, because MTV just dropped The Hill: New Beginnings trailer, which contains the very first footage of the upcoming revival... as well as the premiere date!

The newly released trailer is sure to make every fan feel super nostalgic right from the beginning. The first half of the trailer is a time capsule from the late 2000s, showing highlights from the original run of The Hills. We see Spencer Pratt proposing to Heidi Montag on that Ferris wheel, Audrina Patridge's memorable breakup with Justin Bobby, and one of the particularly nasty fights between Spencer and his sister Stephanie.

And then, we flash-forward to the present and finally get our first peek at The Hills: New Beginnings. Most of the new shots are just the cast smiling and posing for photos together, but we do get a tense reunion scene between exes Audrina and Justin Bobby. Audrina admits she does not even know where to start when it comes to reuniting with her ex for the new show, and then cracks a smile as she clinks glasses with Justin Bobby and calls him "friend." Check out the full trailer below:

The trailer also introduces The O.C. star Mischa Barton into the cast. Barton was confirmed as a new cast member for The Hills: New Beginnings shortly after the revival series was announced, and fans have been eager to see how she will fit in with the rest of the original cast. Unfortunately, the new trailer only contains a brief glimpse of Barton, although she is shown laughing with Audrina, so maybe those two will hit it off.

Mischa Barton is not the only new face in the trailer. The new footage also brings in Brandon Thomas Lee. The 22-year-old son of Pamela Anderson and Tommy Lee is another newcomer to the cast along with Barton, and he appears for a brief moment in the trailer. Former Disney Channel star Kyle Massey was also reported to be joining the New Beginnings cast as a new cast member, but MTV did not include his name in its trailer announcement, so this may have changed.

The original The Hills cast members who are returning to appear in New Beginnings are Audrina Patridge, Brody Jenner, Frankie Delgado, Heidi Pratt, Jason Wahler, Justin “Bobby” Brescia, Spencer Pratt, Stephanie Pratt, and Whitney Port. Of course, this is only a portion of the show's original cast. Notably absent from the revival are Lauren Conrad, Kristin Cavallari, and Lo Bosworth, all of whom declined to return to the series.

The other major reveal in this new trailer is when The Hills: New Beginnings will be premiering on MTV. The revival series is coming in just a matter of months — it will premiere on Monday, June 24.