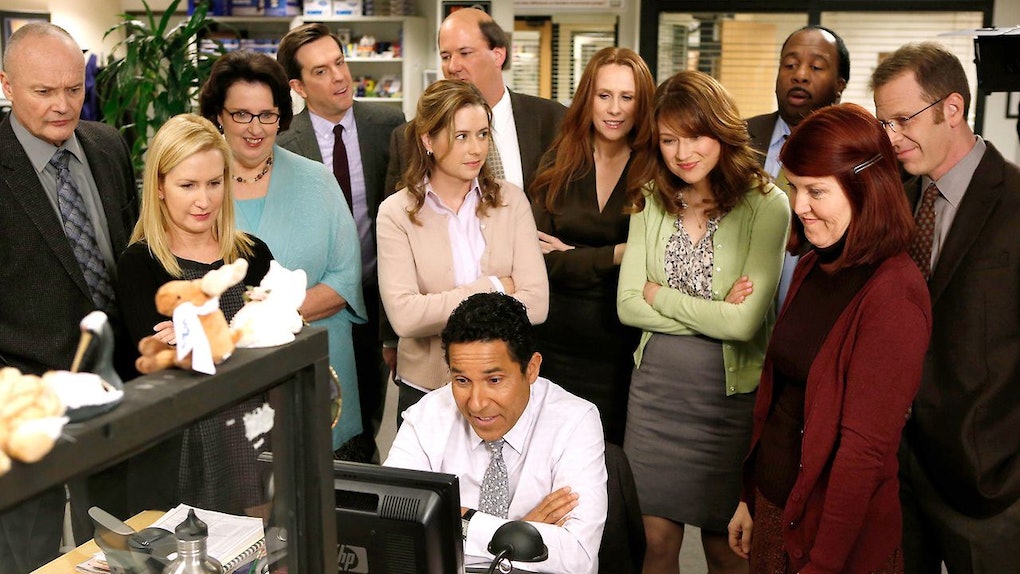 We've got that Friday feeling. It doesn't really matter what day of the week it is, to be honest. It could be first thing Monday morning already two cups of coffee deep, and we'd still be more than ready for the weekend. If we're really lucky, we have the world's second best boss, (We all know that Michael Scott takes the mug for the number one spot — and rightfully so, I'd say.) and even some coworkers who make the cut. Maybe they pull some pranks on the reg — as long as our stapler doesn't end up in Jell-O we really don't mind. These The Office quotes will double as perfect captions for you and your work crew's most memorable moments.

Sure, Dwight can get to be a little much with his fire drills, farm, and all. And Angela's cats have been causing such problems in the office. Would you really want it any other way, though? Even if you're not doing your dream job, these people keep you living life to its fullest. They don't always show up when you need them there — like when you had that art show that one time. But, they'll walk out the door with you when it matters most — AKA, starting the Michael Scott Paper Company (but do we really need Ryan?)

This favorite sitcom crew is always around to make us laugh at the end of a long day, but when we're hitting the water cooler on our lunch breaks, it's our real-life work pals that are oh-so-hilarious. They get the job done, even if it's in the name of procrastinating. *Enter Jim Halpert.*

So, shoot me a high-five through the screen, because I have you and your coworkers covered when it comes to Instagram captions inspired by The Office. Do it the Dunder Mifflin way, and bring Scranton to your feed from wherever you're signing on.

2. "I am running away from my responsibilities. And it feels good." — Michael Scott

9. "Sometimes I'll start a sentence and I don't even know where it's going. I just hope I find it along the way." — Michael Scott

11. "I have very little patience for stupidity." — Kevin Malone

12. "I'm not superstitious, but I am a little stitious." — Michael Scott

18. "I don't even consider myself a part of society." — Michael Scott

23. "Well, I just think we all deserve to be with someone who wants to be with us." — Phyllis Vance

25. "I'm boring myself just talking about this." — Jim Halpert

26. "The trick is to undercook the onions." — Kevin Malone

27. "I don't care what Jim says, that is not the real Ben Franklin." — Dwight Schrute

30. "If you pray enough, you can change yourself into a cat person." — Angela

32. "Sorry I annoyed you with my friendship." — Andy Bernard

35. "Do you think that doing alcohol is cool?" — Michael Scott

The copy machine is probably broken anyway, so use one of these captions to be totally original on social media, and show your love for The Office. With the company picnic coming up, I'm sure there will be plenty more improv sketches for future #content.

This article was originally published on March 1, 2018