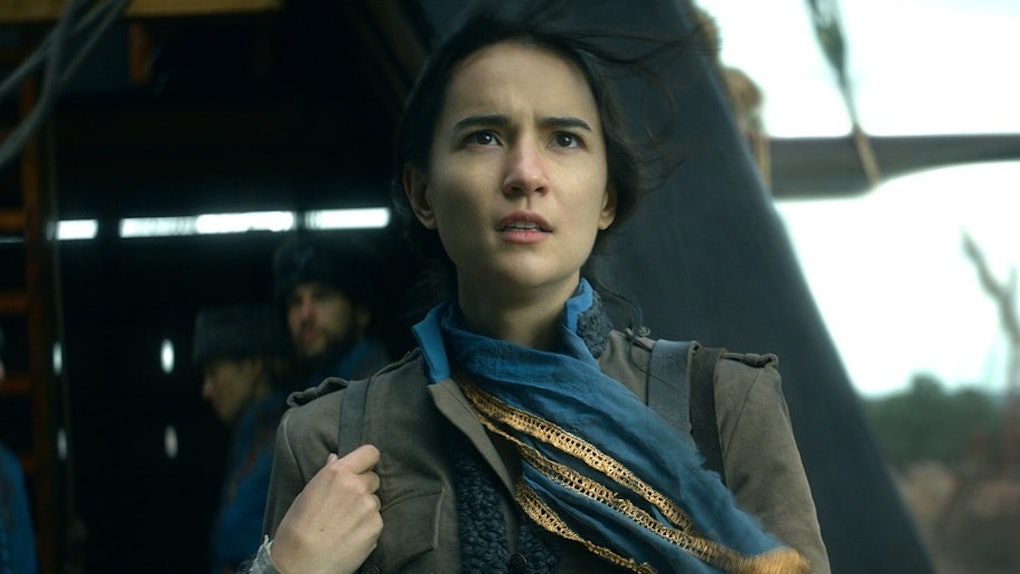 Netflix has done it again with its latest series, Shadow and Bone. The fantasy drama is totally marathon-worthy, so if you haven't done so already, there's no time to waste. The adaptation of Leigh Bardugo’s Shadow and Bone trilogy centers around Alina Starkov, an orphaned mapmaker who just so happens to be the elusive Sun Summoner, one of the most powerful Grisha (manipulator of the elements) that was thought to be extinct before she was discovered. Even without her Grisha powers, Alina is a strong character who will do anything she can to protect her best friend, Mal. That strong-willed nature is something you relate to, which is why you need some Shadow and Bone Alina quotes for your next powerful Instagram post.

Just like Alina, you may come off a bit shy and reserved at first, but if anyone ever crosses you, you're ready to fight back. You've got a light within that shines through, even in your selfies. You might as well be a Sun Summoner yourself, so to keep on the theme, you'll want to use one of Alina's powerful quotes from Shadow and Bone as your next Instagram caption.

Coming up with your own words is unnecessary when you have Alina's lines from the show at the ready. Take one of her sassy quotes and use it for a series selfie of you working hard. You could also use something thoughtful for a sweet pic of you with the Mal to your Alina. Whatever the picture-perfect moment is, having these 32 Alina Starkov quotes ready to go will help make posting so much easier.