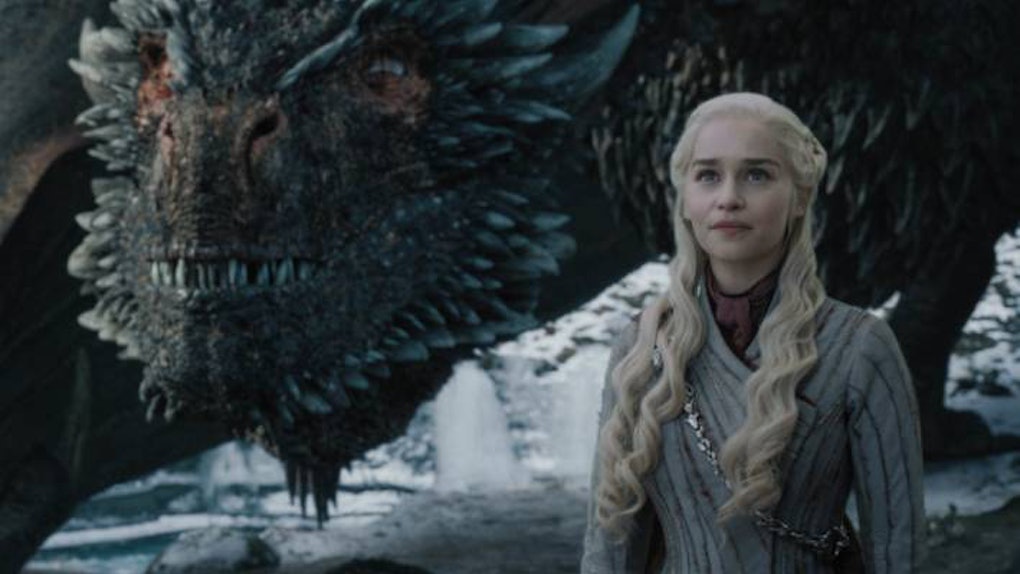 Now that we are in the final season of Game of Thrones, I watch every episode perched on the edge of my seat — heart fully pounding. Some moments that come along are so intense that all you can do is freak out. And if these tweets about about Game Of Thrones Season 8 Episode 5 make you want to scream into a pillow, believe me, you're not screaming alone.

Whether you're freaking out because you're watching characters you love making decisions you suspect are about to come back and bite them (ahem, giving Varys the full "dracarys" treatment, ahem), or seeing one of your faves go down in flames (again, Varys... seriously, what was Tyrion thinking?), sometimes all you can do is shout into the social media ether and share your frustration and pain with like-minded folks. And if you do it with a GIF, even better. So, let's all read these tweets from people who are feeling exactly what you are and get a little GOT catharsis — and maybe even laugh through the tears. Because honestly, half the fun of Game of Thrones is sharing the experience with a few million strangers, right?

And what an experience it was, from the shocking (and, let's be honest, not-so-shocking) deaths of some massively beloved to characters to the much-anticipated end to a few villains (and honestly, folks, I needed that). We never had a second to catch our breaths. Also, don't even get me started on the Clegane Bowl. It happened and I will never be the same. Which is why, while Game of Thrones Twitter is always lit, this week took it to a new level. The emotions and blood were flowing this episode, and you could feel it in the Twitterverse.

Lots of fans couldn't get over the first big death of the episode: Varys.

Others were ready to say "buh-bye" to Euron.

Fans couldn't get over Dany basically turning into the Mad Queen.

Another scene, another death.

That Arya and The Hound moment, though.

You guys, I am not alright. This is not OK.

We can't forget the most poetic moment of the episode (and maybe even series): Jaime and Cersei's deaths.

I have a lot of feelings about what I just saw. I don't know exactly what those feelings are, just that there a lot of them.

And this tweet just about sums the whole episode up.

Yep, that just happened and I am still not over it — and probably won't be for a while. And to think, that wasn't even the series finale. We've still got one more full episode to get through. So, get your screaming pillow ready for next week, because I have a feeling this wild ride is far from over. Fortunately, we have all of Twitter to help get us through it together. OK, I'm going to go cry into my screaming pillow for a while. See you next week.