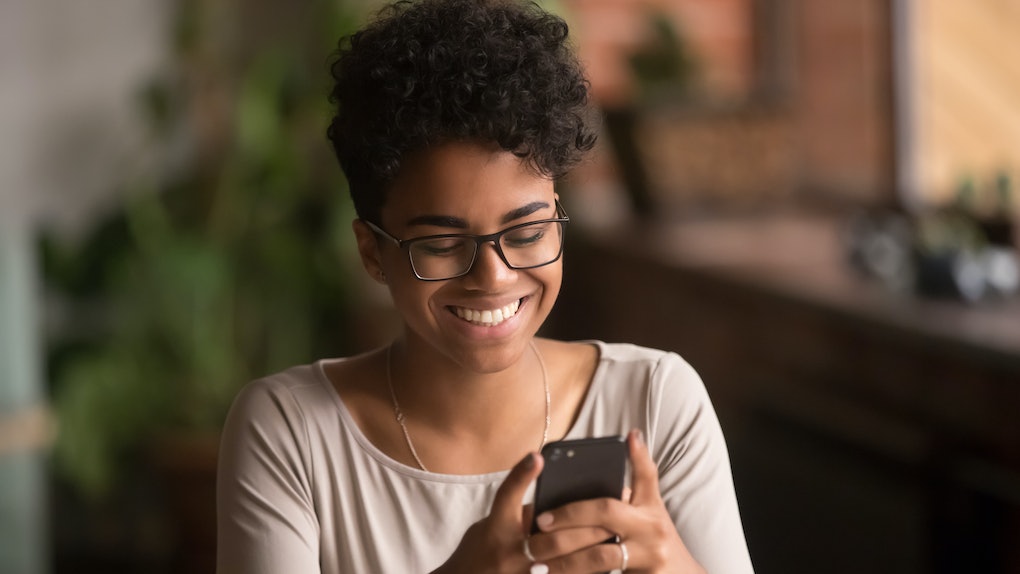 If your conversations with your crush are starting to feel a little stale, try asking them "this or that" questions to inject some life back into your text thread. The beauty of a "this or that" question is that, in addition to just being a really fun way to pass the time, it's a fantastic low-stakes way to really get to know someone. If you agree on a particular answer, great — you've just discovered something in common. But if you disagree? Hashing out your differences can be pretty entertaining. (P.S. For optimal flirting potential, scroll down to the question about French kisses versus French fries. Their answer will be very telling.)

For those of you wishing you had a smooth opening line to text your crush, I got you covered. What better way to strike up a question with your crush than by sending them a fun "this or that" question?! Spoiler: The answer is none. There is no better way. A simple "hey" is boring and no longer cuts it around here.

So, when you're ready to kick your conversation up a notch, these questions will have your back.

Would you rather be Michael Scott's assistant or Leslie Knope's?

In other words, will you watch The Office or Parks and Recreation next time you hang out?

Are you more Team Shake Shack or Team In 'N Out?

In other words, are they more East Coast fancy or West Coast casual?

Speaking of teams, are you Team Taylor Swift or Team KimYe?

Very important if you're a Swift stan or a Kardashian fan.

Are you more of a mac and cheese or pizza person?

Who are you turning to for cooking tips these days: Alison Roman or Martha Stewart?

Are they more old-school or modern?

Would you rather be adopted by Moira and Johnny Rose or Jocelyn and Roland Schitt?

Would you rather snuggle on the couch and watch 'The Irishman' or 'To All the Boys: P.S. I Still Love You'?

This question is two-fold. First, are they a rom-com person or a mob movie person? Second, are they the type of person who's willing to invest four hours in a movie?

Which is more absurd: Jessica from 'Love Is Blind' feeding her dog wine or Carole from 'Tiger King' feeding her husband to her tigers?

How can you even consider dating someone without knowing their stance on Jessica?

Speaking of 'Tiger King,' would you rather be a tiger in the hands of Joe Exotic or Carole?

These are the sorts of questions that need answering.

Are you more bummed about Coachella being canceled or The Olympics?

Here's a quick way to learn what they care about.

Would you rather stream a workout class or a museum tour?

Are they more kickboxing or Pilates? Pop art or Greek sculptures?

Do you prefer FaceTime or House Party for your socially isolated hangouts?

I, personally, prefer House Party for the games. But, hey, maybe your crush loves the way everyone's faces float around on FaceTime.

Would you rather run out to get Taco Bell or order Domino's delivery?

Very important for if and when you one day get hungry for some late night food with them.

Are you more of a sucker for French kisses or French fries?

Would you rather move in with Rachel and Monica or Joey and Chandler?

One of the more difficult questions for any big Friends fans out there. On the one hand, Joey and Chandler's apartment would objectively be more fun. But Rachel and Monica's would definitely be cleaner and more organized. What does your crush prefer? Messy fun or clean order?

Are you going to follow Tom Brady to Tampa or stick with Bill Belichick in Boston?

Were you more Team Barb or Team Madison?

Then ask why! Lots of intel here on their values.

Would you rather have Kris Jenner or Scooter Braun as your manager?

In other words, they have some musical bones in their body or are they just trying to be famous?

Both are great. No wrong answer here.

Which sounds more comforting right now: A hug and some words of wisdom from Oprah or a funny pep talk and a silly dance from Ellen?

If you guys do wind up in a relationship, this is great intel on how to make them feel better when they're feeling down. Are they the type of person who's going to perk up with some jokes or do they need a soulful chat to get them through tough times?

OK, now go forth and ask away.