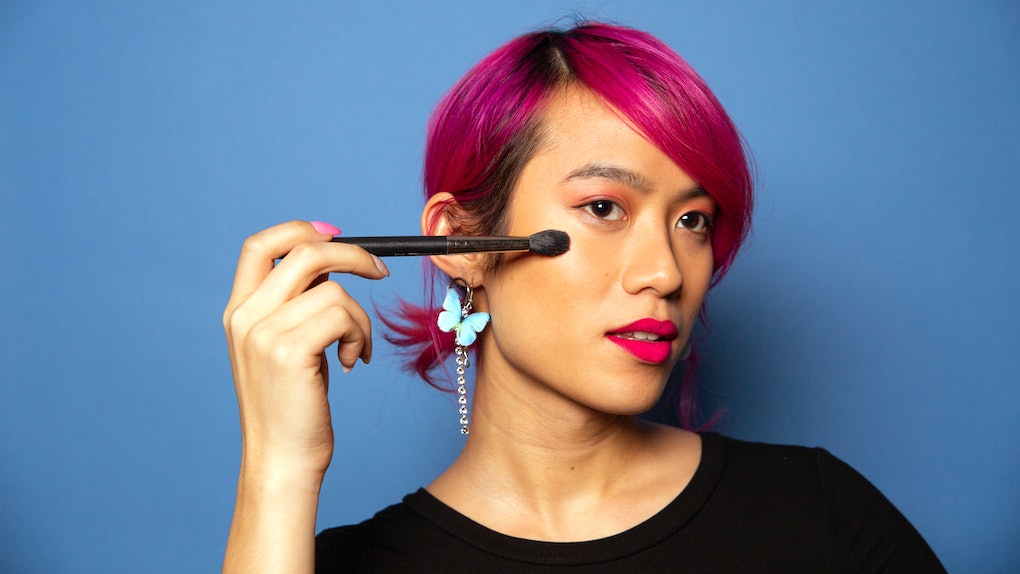 As of Sept. 17, 2019, the Merriam-Webster dictionary defines "they" as, "Used to refer to a single person whose gender identity is non-binary." Allow me to proudly reiterate: The dictionary now defines non-binary babes by using the singular "they" pronoun. Seeing my gender pronoun on spellcheck (that's queer for "my name in lights") has been a lifelong dream of mine. And now, these tweets about Merriam-Webster adding singular "they" pronoun to its dictionary are like the genderless icing on the delicious, academically-validating cake.

In a statement released, Merriam-Webster announced their expansion of the existing definition of the pronoun "they" to specifically include non-binary people, explaining, "It's an expansion of a use that is sometimes called the 'singular they' (and one that has a long history in English)."

"If a word is frequently used and likely to be encountered, then it goes in,” Peter Sokolowski, an editor-at-large at Merriam-Webster, told TIME. “Because its [singular they's] use as a pronoun has become so frequent and so public, it’s simply time for it to go into the dictionary.”

Though I like to think that non-binary babes are timeless, these tweets about the now dictionary-official singular demonstrate that their time is now.

My gender identity (unlike my romantic status) is now #certifiedoffish.

IMHNBO (in my humble non-binary opinion), if Marie Antoinette didn't hate the working class, this could have been a great, "Let them eat cake!" moment for us all.

I'll be totally honest: I had to Google the definition of "pedant," which ironically, is something a pedant would do.

Using the singular "they" really does get easier with time and practice. While the dictionary is a tool for words that get popular usage, reminding yourself and your friends to properly gender non-binary folks should be popular too. Making room for people to grow and learn is important.

While representation is important, it's hardly the only way to make social progress. In addition to using the correct pronouns for your non-binary friends and family, there are tons of ways to show up for non-binary people, such as learning about the history of trans women of color behind all modern queer liberation movements, volunteering at or donating to queer and trans organizations, reading work by trans writers, listening to amazing music from trans artists, and thinking about your part in dismantling systems of oppression.

9. Hit 'Em With The Dictionary

It seems relevant to mention that Merriam-Webster also added "dad joke" to the dictionary, along with the singular "they" and, like, 530 other words.

Specifically, Non-Binary is the working title of my memoir.

Using the right pronouns can be an IRL way to show that you are dedicated to making the people around you feel seen, loved, and protected.

Honestly, I was too distracted by "Bechdel Test" to think of a joke. This is, like, a big day for queer people.

I love Sam Smith and I love using "they" pronouns.

I need more non-binary The Office fans in my life. My email is in my staff bio. Thanks.

Though the dictionary definition of "they" doesn't define how you personally experience non-binary identity, seeing the singular "they" in print (read: on my very dirty computer) is pretty flipping cool. While there's always more work to be done to ensure the comfort and safety of all marginalized communities, Merriam-Webster defining the singular "they" feels pretty universally amazing.