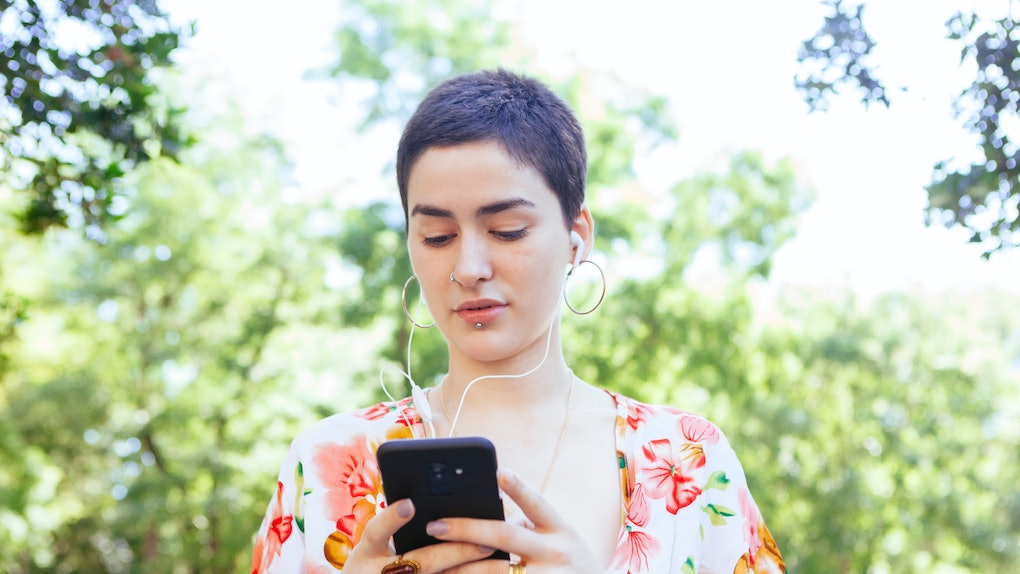 Here's the problem with dating apps: It can be seriously tough to keep track of all your conversations. When you're juggling a dozen different convos with different matches, a promising one can slip through the cracks, and if too much time passes, messaging them again just feels awkward. Resurrecting an old convo is hard, but coming up with messages to send to an old dating app match is even harder. How exactly do you say, "Hiii, remember me?" without totally weirding out that long-lost match?

Maybe you talked about going on a date but never did. Maybe you actually went on a date but never followed up about a second. Maybe the word "date" was never even mentioned, but you two had what felt like a really great rapport before the conversation fizzled out. No matter how much time has passed since you last spoke, there are ways to revive a lost connection, so no need to kiss that potential relationship goodbye just yet. Whether the approach you take is a little self-deprecating or majorly forward, resurrecting an old convo is worth the risk. After all, that match may be hoping to hear from you again just as much as you want to message them.

It's OK to acknowledge that you feel a little awkward. But you can also smooth over the awkwardness with humor. A funny message will not only remind your match that you exist — it will remind them why they spent time talking to you in the first place. If you want to make your match laugh (and jog their memory about who you are at the same time), then try one of these playful messages:

The best defense when something feels weird: Pretend that it didn't happen. Trip over a crack in the sidewalk? Strut away like you're on a catwalk. Allow 10 days to pass since last messaging a match? Act as though no time has passed at all. You don't have to acknowledge the fact that it's been a while since you and your match last chatted if you simply strike up a convo. Here are a few ways to get back on your match's radar:

Why beat around the bush? You two already wasted enough time that could have been spent dating! Rather than be cute or casual, be clear with your intentions. You're interested, you regret letting your convo go by the wayside, and you're looking to get those sparks flying again. If you're feeling bold (or simply impatient), then go ahead and send one of these messages:

Don't spend your time mourning the one that got away. Go ahead and send that old match a message instead. The worst-case scenario is that they don't answer, so the only thing you have to lose is a potentially great match.