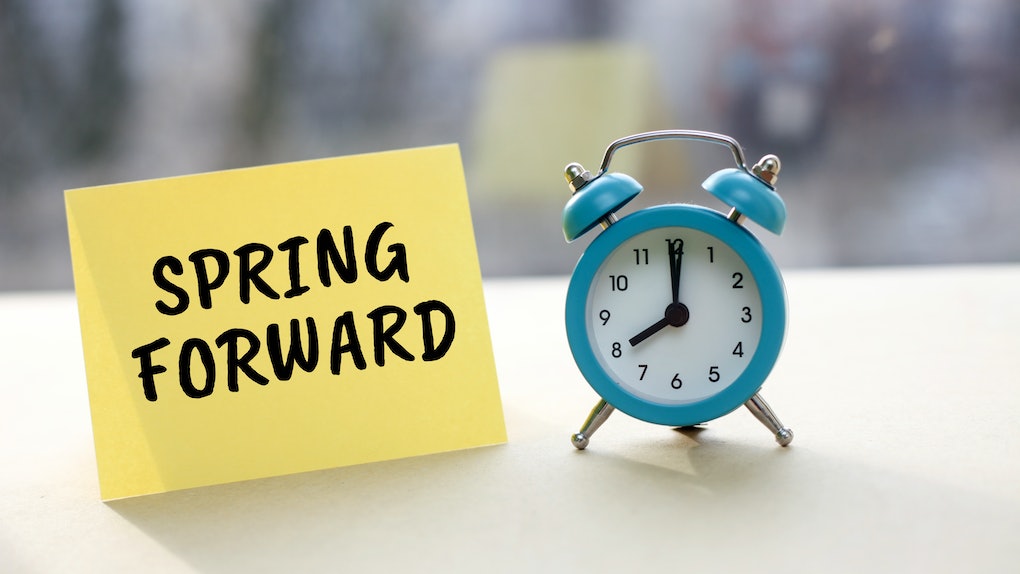 Daylight saving time has officially begun, which means you're probably adjusting to losing an hour of sleep after clocks sprung forward. Though daylight saving time only took an hour, it can certainly take some time getting used to. Of course, the Twitterverse is here to remind you that you're not the only one a little salty about the shift, because there are plenty of hilarious memes circling the platform about losing sleep. These 15 daylight saving time 2021 memes are just so relatable.

Daylight saving time began at 2 a.m. Sunday, March 14, for most of the United States, which meant that clocks were turned forward an hour at 2 a.m. to 3 a.m. With the shift, you can now expect sunsets to run later into the evening, while sunrises will be pushed later into the morning.

The extra hour of light means more time to enjoy the daylight this spring, but a timing shift certainly comes with its drawbacks. Since there are only two states that don't follow daylight saving time — Arizona and Hawaii — most people across the country are dealing with the loss of that hour of sleep on Sunday. If you're looking to laugh away some of the pain of the disruption, check out what the internet is saying about the time change.

People were certainly shook when the clocks jumped from 1:59 a.m. to 3 a.m. on Sunday.

Losing an hour of sleep can certainly be a downer on your day, and people are just not having it.

The time change is undoubtedly felt the hardest the day after, especially when you're frantically adjusting all the clocks around the house.

Plenty of Twitter users made jokes about their car clocks finally be right again, since adjusting the times during every daylight saving time can be such a hassle.

Don't forget to double check that you've changed on your clocks — even less discreet ones like on your microwave.

Daylight saving time would be so much easier to deal with if it it didn't mean losing an hour of sleep in the middle of the night.

Just like every daylight saving time, there are people calling to abolish the seasonal time change.

Though losing an hour of sleep can disrupt your day, the hardest part of daylight saving time is now over. After you've successfully changed all your clocks (including the one in your car), you'll be ready to enjoy those spring days with later sunsets.