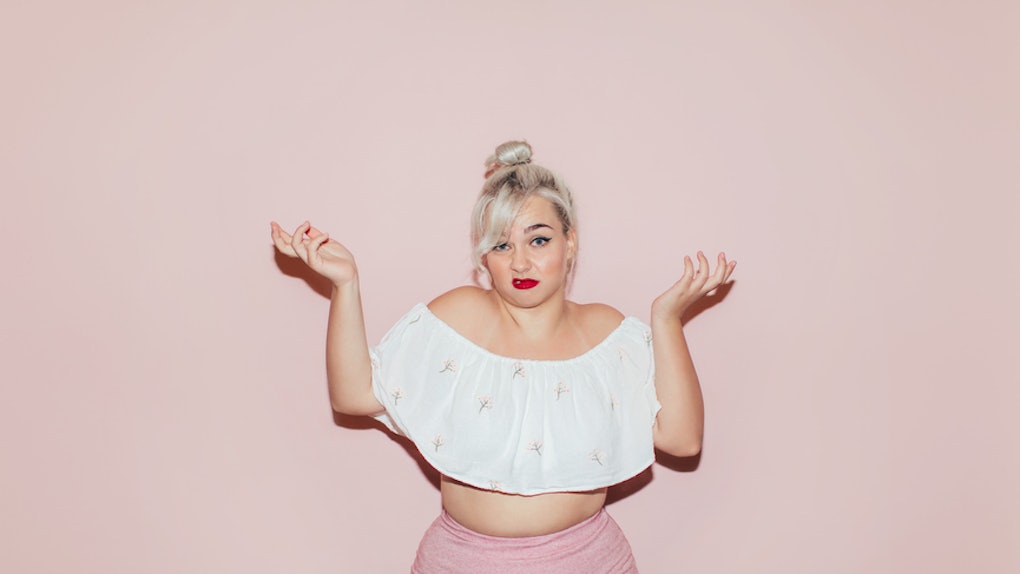 11 Things That Still Bother You In Your 20s, Even Though You're A Grown-Up

Sh*t bothers us — that's just life. In a perfect world, the things that used to bother you before you were legally allowed to drink or rent a car, would cease to exist once you settled into adulting. It's highly unlikely, and those select few things that are known to get you annoyed, unfortunately still will — no matter how old you get. The things that still bother you in your 20s are most likely relatable AF. Big or small, when something bothers you, you are feeling annoyed or disappointed (or a combo of the two), and just can't seem to shake it. Maybe you can't stop thinking about it or it seriously gets under your skin. Either way, you don't ever look forward to experiencing the things that bother you.

Many times, the things that irk you are from other people and their actions. And as much as no one should be able to manipulate your emotions, it's Hurricane Get Out Of My Way when these bothersome things occur. Who knows, maybe you'll get over them eventually. For now, those annoying things in the past are making a comeback in your 20s, so you can stop pretending that you're not upset.

1. When Someone Forgets Your Birthday

Your birthday is the one day when you don't feel bad making it all about you. You appreciate the little things, like people remembering your birthday. And with the help of Facebook and such, you don't see why it wouldn't be such an easy thing to remember.

2. When Someone Is Humblebragging

3. When Someone Reaches Out To You For Their Own Benefit

Hearing from an old friend is great and all, but the second you find out that they are only contacting you for their own self-gain, you're so over it. People can be petty and only veer their convo towards getting what they want from you.

4. When Someone Ignores Your Texts, But Posts Something On Social Media

When someone doesn't get back to you and you see they are posting on the 'Gram, Snapchat, or Facebook, it honestly hurts your feelings because this person obviously saw your text. It's like, so you can post a picture of your food, but you can't answer my question that I asked over an hour ago? It's pretty ridiculous, and you really just feel like calling them out on it.

5. When Your Friends Make Plans Without You

The FOMO will never subside. When a group of familiar faces is having a ball and you only get to witness it second-hand when you see the pics on social media, it feels like no one picked you on their dodgeball team. That invite really means so much, and it's pretty crummy when you're not included in the game plan.

6. When Your Fur Baby Ignores Your Affection

Ouch. When your fur baby refuses to embrace your hugs or kisses and continues living their life like you aren't even there, the world really feels like it's crumbling beneath your feet. Surprisingly, this may very well be at the top of your list of irksome things. Our fur babies can both fill and break our hearts.

7. When You Forget Your Lunch At Home

Oh, heck no! You managed to set aside a few minutes before work to make the most delicious lunch ever, only to leave it at home. The struggle is so real. In addition to being incredibly disappointed, you're replaying in your head everything you placed so neatly in your lunchbox. Cue the hangry stage in three, two, one.

8. When No One Laughs At Your Jokes

Whether it was a super obvious reference or hilarious pun, when no one gets it, you're slightly pissed. It sort of makes you feel out of the loop in regards to what's funny anymore. I mean, you laughed at it, so why couldn't they? Laugh, I say!

9. When Someone Takes Your Turn While Bowling

Bowling — if you're not a professional — can seem so up to chance. And if your chances are at stake, you want to be the one rolling the dice. OK, you didn't hit any pins, but at least you were the one in control. When someone takes your turn, they strip you of the chance to determine the fate of those pins. So dramatic, but all too true.

10. When Someone Cuts You In Line

Ever since elementary school, cutting in line was a huge no-no. How dare you think your time is more precious than mine?! It's way more offensive when someone tries to cut you in line when you're an adult, because they're grown and should seriously know better.

11. When Someone Mimicks You

Whoever realized that mimicking the exact words and motions as someone else would make them fume, is an evil genius. It's so simple, but when someone is saying every word you are saying in an attempt to make you mad, you can go from zero to 100, real quick. It makes you upset just thinking about it.

You shouldn't let everything bother you in your 20s, because you have so much stuff to focus on celebrating. Take a few deep breaths, and try to muscle through.