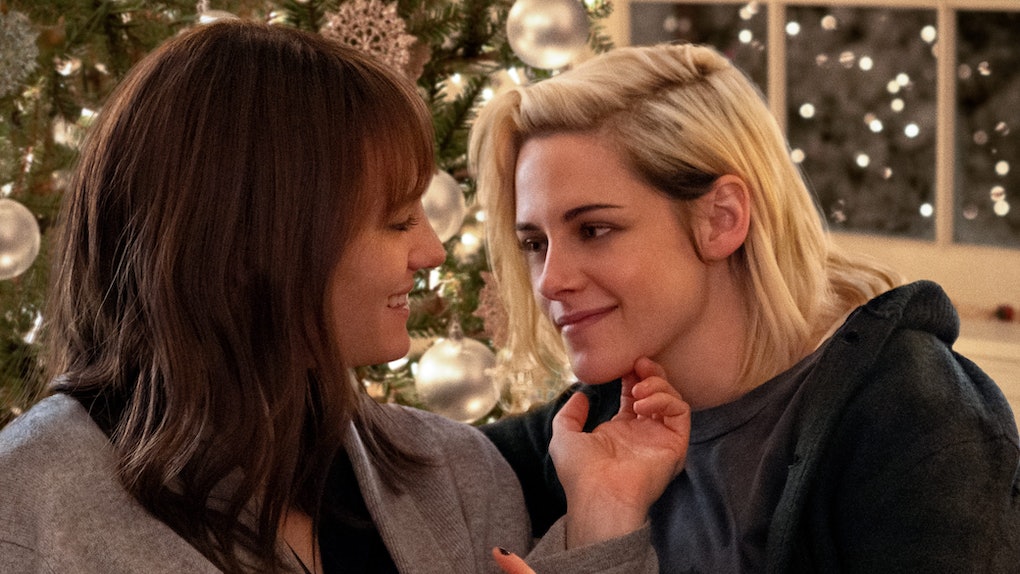 For a lot people, most of 2020 was spent on the couch watching TV and movies. All this additional couch time may have been due to the coronavirus pandemic putting a damper on most outside-the-house plans, but it at least gave people a little bit of joy during the chaos. Holiday movies are an important part of the season every year, but this year, with so many people relying on entertainment to bring them holiday cheer, they just might be more important than ever before. With that in mind, be sure to add the following 10 new holiday 2020 movies to your watchlist to give your TV-couch time a festive twist.

Holiday movies are just as much a part of lots of people's traditions as gift-giving and big family dinners. So, when a new batch of holiday movies arrives, it's a pretty big deal, since they could easily become classics that garner an annual re-watch. The movies on this list are filled with all the classic holiday movie moments fans of the genre expect and love. With snowy hometown visits, mismatched lovers, big blowout family parties, and lots of Christmas magic, these movies will make even the biggest Grinch feel a little bit of holiday cheer:

1. 'Dolly Parton's Christmas on the Square'

Dolly Parton plays an actual angel in this Netflix movie, which also stars Christine Baranski and features 14 original songs by Parton. I honestly can't think of a more festive way to celebrate the holidays.

If you haven't watched this one yet, seriously, what are you doing? Twitter can't stop debating whether Abby (Kristen Stewart) should have ended up with Riley (Aubrey Plaza) instead of Harper (Mackenzie Davis). You'll just have to watch so you can weigh in on the debate yourself.

This family flick centers on a legendary toymaker and celebrates the power of family tradition and joy. Plus, it stars Forest Whitaker and Keegan-Michael Key, so it has some extra star power.

What would the holidays be without Hallmark movies? This year, The Christmas House is one of 40 Hallmark movies, but it's the only one to feature an LGBTQ+ couple.

In this new Netflix movie, a tough-as-nails political aide falls for a softie of an Air Force pilot who's working to keep his Christmas traditions alive. Come for the Christmas love story, stay for the tropical beach locale.

Christmas movies get a lot of attention this time of year, but this Hallmark movie puts the spotlight on Hanukkah. When a DNA test reveals that she's Jewish, one woman's world opens up to a whole new family and eight nights of tradition.

The Christmas Setup offers more holiday LGBTQ+ representation (which is much needed in the genre), this time courtesy of Lifetime. Fran Drescher plays a doting mom and matchmaker who helps to set her son up with his secret crush.

Tiffany Haddish produced this Lifetime movie that comes with a whole lot of fantasy. A reporter investigates a man who claims that all the gifts he gives each year come from directly from Santa Claus himself.

Vanessa Hudgens is back in this sequel to 2018's The Princess Switch. This time, a third lookalike will throw a wrench in the Christmas plans for the princess and her royal baker doppelgänger.

Holidate technically covers an entire year's worth of holidays. But it starts and ends with big Christmas celebrations, which makes it perfect for this time of year.

So grab some hot cocoa, settle into the couch once again, and get ready for these holiday movies to offer a festive, joyful end to 2020.

More like this
'The Marvels': Release Date, Cast, Trailer, Plot, & More Info
By Ani Bundel
6 Facts About Mckenna Grace From 'The Handmaid's Tale' & 'Hill House'
By Ani Bundel
Will Sharon Carter Be The Villain In 'Captain America 4'? This Theory Makes Sense
By Ani Bundel
Stay up to date