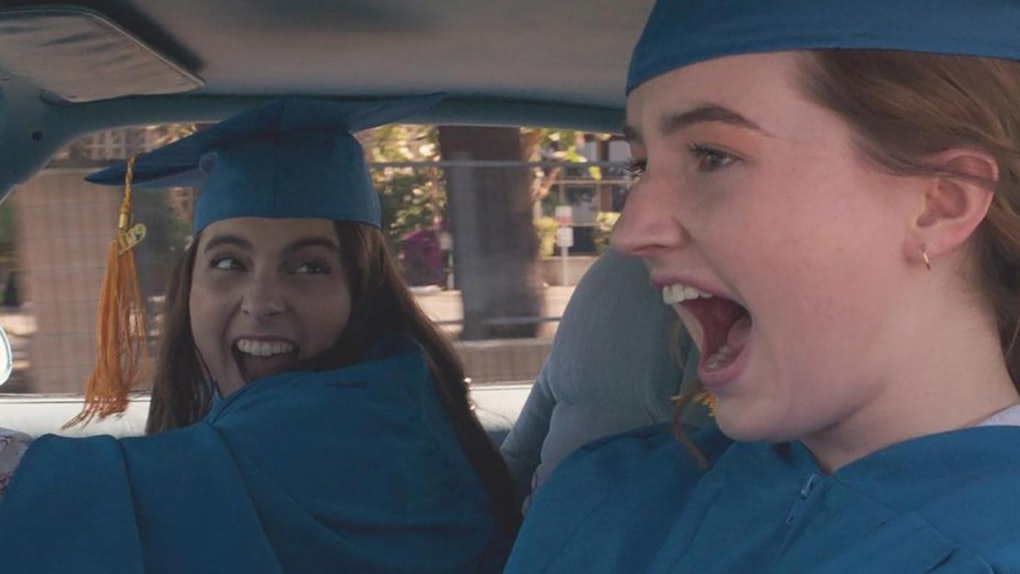 10 Movies To Watch That Celebrate Singledom In All Its Glory

While a good rom-com undeniably hits the spot from time to time, sometimes it's nice to treat yourself to movies that celebrate singledom. I mean, think about it. Why does a "happy ending" have to consist of falling in love? Any single readers out there know for a fact that it's perfectly possible to be happy and totally fulfilled with living life solo. Luckily, there are a few movies that reflect that distinct narrative. Even more luckily, I'm not going to make you sift through your Netflix, Hulu, Amazon, and Apple Plus accounts to find them. Instead, I've created a list of the best of the best movies about being single that Hollywood has to offer. And I've included them all right here for you.

Whether you're newly single, you've been single for a while, or you've been cuffed for eons and are just longing to reminisce on your solo days, these 10 movies are here to provide you with some major single inspiration. Some deal with getting over breakups, some deal with main characters who are totally uninterested in ever getting into relationships, and most of them showcase super tight best friendships that could never be trumped by romantic relationships.

As if I could make a list of the best movies about being single without including Eat, Pray, Love. This iconic Julia Roberts flick is all about leaving all of your troubles behind and taking off to explore the world solo.

Legally Blonde is my go to movie every time I'm upset. Heck, even if I have a small tiff with my boyfriend, I need to watch it in order to fully process and move on. The movie is all about Girl Power and will encourage you to live your best, most authentic single life, even on your worst day.

'How to Be Single'

I mean... the name is pretty self explanatory, right? How to Be Single follows Alice's journey as she learns the ropes on singledom after a breakup with her long-term boyfriend. But I'd say you should watch it for Alice's bestie Robin, played by Rebel Wilson. Robin is unapologetically single and lives her solo life to the absolute fullest.

This cuh-lassic Tina Fey and Amy Poehler comedy follows single woman Kate (Fey) as she hires Angie (Poehler) to be her surrogate. It will make you LOL extra hard and remind you that you don't need a romantic relationship to have a family one day.

The First Wives Club is an iconic single movie. These besties all get ditched by their husbands when they decide to leave them for younger women, so they band together to seek revenge. It's fun, it's a classic, and the main theme is friendship.

After Jenny's BF up and dumps her, she has to re-find the joys of being single alongside her two besties. Watch this and get ready to crave a major girls night out.

While it could have easily devolved into a rom-com about rekindling a flame with a high school sweetheart, Romy and Michele's High School Reunion is, at its core, just a hilarious tale of two mega tight besties who decide to come up with a big lie to impress their old classmates at their high school reunion.

'Under the Tuscan Sun'

First off, this is based on a true story. So, next time you time you think your life is falling apart, give Under the Tuscan Sun a watch and remember that if writer Frances could get through her husband impregnating her enemy, you can get through pretty much anything. Watch as Frances overcomes her split from her husband by packing her bags and jetting off to Italy for a Tuscan adventure.

Yes, Cher finds love at the end of Clueless, but she spends the majority of the film single and totally disinterested in the idea of dating a high school boy. "Searching for a boy in high school is as useless as searching for meaning in a Pauly Shore movie," she famously declares. Treat yourself to an hour and 37 minutes of Cher giving zero f*cks about her single status.

OK, now time to queue up Netflix and set your popcorn in the microwave.