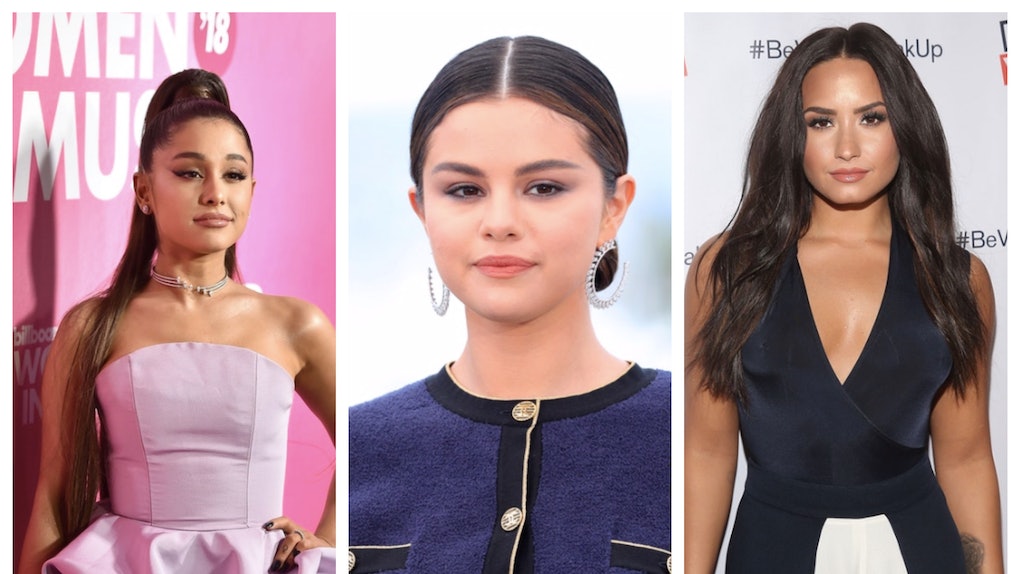 10 Celebrity Quotes About The Importance Of Putting Mental Health First

Mental health is at the forefront of issues affecting millennials these days, and many young celebrities have taken to social media to speak about their experiences. It's easy to forget that seemingly always-confident stars like Selena Gomez, Ariana Grande, Lizzo, and Justin Bieber are just human, but... they are just human, and they still experience ups and downs with their mental health just like you and me. These celeb quotes about the importance of putting mental health first show that even celebrities with millions of adoring fans have a hard time addressing their personal health. But through their journeys, your favorite celebs have learned so much and have doled out powerful advice for fans who may be experiencing similar mental health hardships, too.

Growing up in the spotlight on a major Disney Channel series like Wizards of Waverly Place and touring all around the world comes with its fair share of pressures and anxieties.

Before her three-month hiatus from Instagram in late 2016, Gomez was sharing photos of her life on the road, smiling in pictures with crowds of fans from her Revival tour. But in an April 2017 interview with Vogue, she revealed that those pictures didn't necessarily give a whole picture of how she was really feeling on tour.

"Tours are a really lonely place for me," she told Vogue. "My self-esteem was shot. I was depressed, anxious. I started to have panic attacks right before getting onstage, or right after leaving the stage."

That's why Gomez put herself first and checked herself into a facility in August 2016, where she could address her mental well-being. "You have no idea how incredible it felt to just be with six girls, real people who couldn't give two sh*ts about who I was, who were fighting for their lives," she said about her experience. "It was one of the hardest things I've done, but it was the best thing I've done."

The "thank u next" singer has had a very emotionally taxing two years, starting with the tragic Manchester Bombing at her May 2017 concert that killed 23 people. Then, in September 2018, her ex-boyfriend Mac Miller died of an accidental overdose. Shortly after that, in October 2018, she called off her engagement with comedian Pete Davidson. She has been open about her mental health journey every step of the way.

In November 2018, Grande opened up about how therapy helped her through it all. When a fan asked who Grande's therapist is and if they are accepting new clients on Twitter, she candidly responded, "lmaoaoo this is funny as f*ck but in all honesty therapy has saved my life so many times. if you’re afraid to ask for help, don’t be. u don’t have to be in constant pain & u can process trauma. i’ve got a lot of work to do but it’s a start to even be aware that it’s possible."

In February 2019, Justin Bieber opened up about his experience with depression in an interview with Vogue.

Since then, the "I Don't Care" singer is still caring for himself mentally and being honest and open about his journey with his fans.

In April 2019, Bieber posted a selfie during one of his therapy sessions with the caption, "Therapy session. It's cool to have a healthy mind and healthy emotions."

In October 2017, Lovato opened up about her bipolar disorder, eating disorder, and her substance use disorder in her documentary Simply Complicated. The singer cited exercise as a helpful way to focus on her goals.

"The gym really helps, and I know I would be in a very dark place without it," she said. “Working out is a form of meditation to me because I’m not focused on anything in my head. It can transport you to a totally different place. I’m on a journey to discover what it’s like to be free of all demons.”

In July 2018, Demi Lovato was rushed to the hospital after an accidental overdose that was nearly fatal. Since then, Lovato has decided to focus on her recovery privately. In a rare series of tweets in December 2018, however, she reminded her concerned followers that her recovery was personal, and she would open up about it at her own pace.

"If I feel like the world needs to know something, I will tell them MYSELF," she wrote. "Otherwise people stop writing about my recovery, because it’s no one’s business but mine. I am sober and grateful to be alive and taking care of ME."

Even for Queen B, it can be hard to find a balance between taking care of herself and giving her fans what they want. During a press conference in New Orleans, she opened up about being a perfectionist when asked why she lip-synced the national anthem in January 2013, saying, “I am a perfectionist. I practice 'til my feet bleed."

That's why Beyoncé had to find a way to channel her perfectionism in a more productive and healthy way. In April 2016, Beyoncé told Elle about replacing the idea of perfection with purpose, explaining,

It’s not about perfection. It’s about purpose… We have to care about our bodies and what we put in them. Women have to take the time to focus on our mental health — take time for self, for the spiritual, without feeling guilty or selfish.

These days, Lizzo is rising on the music charts with her body-acceptance pop anthems like "Good as Hell," but that level of self-love and confidence isn't something that just comes overnight. The "Truth Hurts" singer opened up about using sadness constructively in an emotional Instagram video posted in June 2019, sharing,

I learned in the last 24hrs that being emotionally honest can save your life. Reaching out may be hard but as soon as I did it, I was immediately covered in love. I used to think of sadness as a constant with fleeting moments of joy in between... but it’s a wave 🌊joy🌊sadness🌊joy🌊sadness🌊 and my sadness can be as temporary as my joy. I went on live to have a discussion about triggers. My triggers are: rejection and inadequacy. But I love that I’m more emotionally honest lately. I love that I can use my sadness constructively in real time for gratitude. What triggers your sadness? What do you do when those buttons are pushed? What do you love about yourself in those moments of darkness?

During a December 2016 visit to a center for homeless LGBTQ youth in New York, the "Born This Way" singer opened up about how she suffers from post-traumatic stress disorder and shared how meditation and therapy helps her immensely.

“Meditation helps me to calm down," she shared. "I don't have the same kind of issues that you have, but I have a mental illness and I struggle with that every day so I need my mantra to help keep me relaxed.”

She even passed on the mantra she uses, which is, "You are brave, you are courageous."

In June 2019, Gina Rodriguez revealed to NBC's Kate Snow at the Kennedy Forum that she struggled with suicidal thoughts as a teenager and what her thought process was like in that dark time.

"'Everything is going to be better when I’m gone,'" she shared of her dark thoughts at that time. "Life will be easier, all the woes will be away, all the problems. Then I wouldn’t have to fail or succeed, right? Then all this surmounting pressure would go away. It would just go away."

Rodriguez revealed that social media was one avenue through which she was encouraged to properly manage her mental health. “It opened a pathway to allow me to talk about it freely, to seek help, to be unafraid," she said.

That new outlook on her mental health made her start addressing behaviors that were detrimental to her well-being. "I'm one of those human beings where they're just like, 'I'll handle it later, I'll deal with it later, I'll figure it out later,'" she revealed. But Rodriguez confronts her mental health head-on now, like when she decided to halt production on Jane the Virgin to address her anxiety and panic attacks.

In an emotional Instagram video shared on Aug. 30, 2018, the Queer Eye star opened up about a time in his life when he attempted suicide. Brown said, "Hey friends... so I decided to do a quick little video about the fact that I shared that today in 2006... I did attempt to commit suicide. You know, I was in a really dark place I just felt like life could not get any better. Everything that was happening to me was never going to change, and I tried to take my own life..."

In the caption, Brown promoted the importance of reaching out for help whenever anyone is in a dark place or considering suicide like he was, writing,

#HeyFriends... I’m so overwhelmed and inspired by everyone’s kind words that I had to do a video. As a mental health professional I believe We all need to make our Mental Health a priority. Wether you’re sad, depressed or suicidal like I was... you can make it through. There is a better day around the corner with support. Big thank you to @rayauxais & @treatomic I love you both more thank you’ll ever know. If you need help call 1-800-273-8255

In June 2019, the "All I Am" singer pulled out of her performance at the Isle of Wight festival at the last minute. In response to the backlash over the cancelation, she penned an explanation reminding fans that she's human and that the decision to call off her show was not an easy one, but was one she needed to make for the sake of her mental health, writing,

I am a human being and I can't help that my body sometimes gives up on me. I am so so gutted, sorry and upset that I couldn't perform yesterday...I was incredibly weak and full of anxiety. The last thing I ever want to do is let people down, I am sorry to anyone who I upset it was not my intention. I had to do what was right for my physical and mental health...

Although Glynne had a crowd waiting for her, she decided to put her mental health first because that's what's most important.