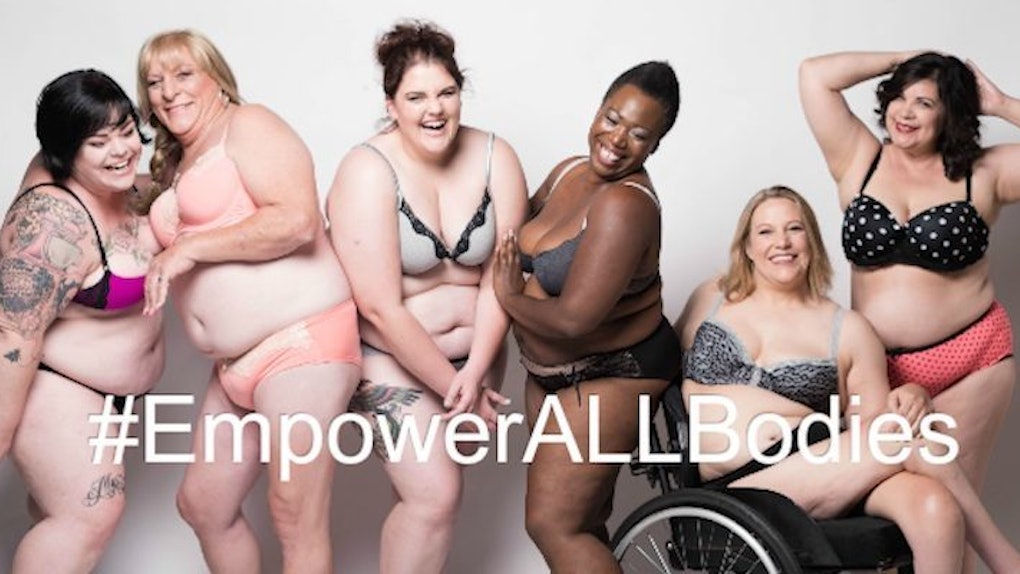 The plus-size model and "self-love enthusiast" explains bigger women actually come in a range of sizes, not just the hourglass shape popularly depicted. Many of them have cellulite, wrinkles and stretch marks.

As a woman who carries weight in her stomach, Baker was disappointed to see only one body type represented.

Baker put together her own project, #EmpowerALLBodies, that includes shapes outside the hourglass figure.

Baker writes, "When we, as a society, fail to include diverse bodies in our media, the message becomes clear to those excluded..."

"You are unworthy of taking up space."

"It's a powerful message that settles into the core of those who aren't represented."

"#ImNoAngel seemingly attempts to convey empowerment for plus-sized women, but instead has continued to perpetuate this exact same message."

Interestingly, Baker's own message was met with both support and disdain.

While many of the commenters on her website share joy at seeing bodies like their own beautifully photographed, many allege Baker isn't representing diversity at all.

Nearly all the women in the photos have similar figures, and only one woman of color is present.

Furthermore, #ImNoAngel is an ad campaign designed to sell clothing, not just positivity.

For more on #EmpowerALLBodies, read the full text of Baker's open letter on her website.