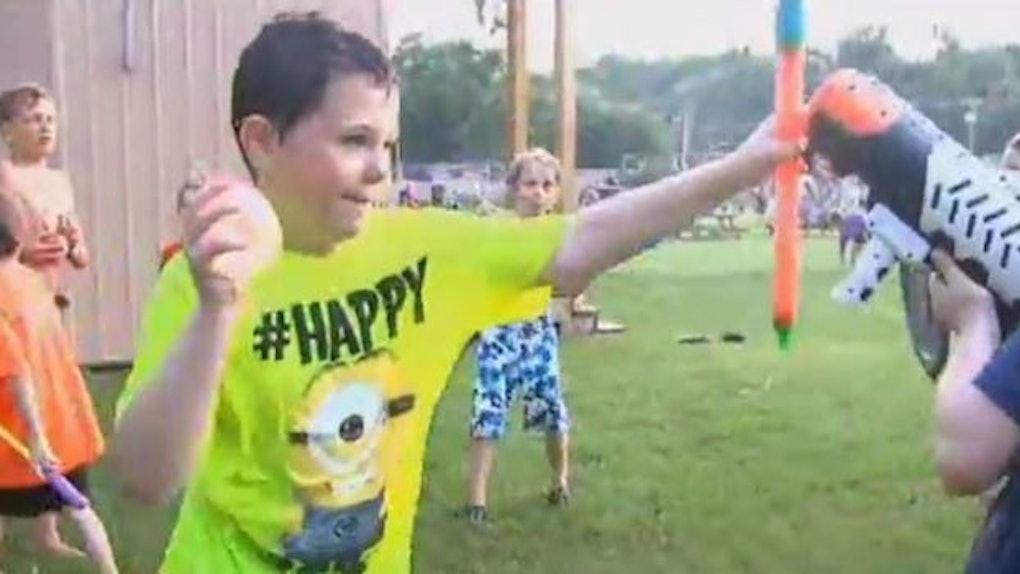 Often, we use the Internet to post selfies and stalk our ex-boyfriends, but we forget it can be used as a force for legitimate good.

For example, it took just one invitation on Facebook for Camden Eubank's mom to throw her son an amazing 10th birthday party.

Camden suffers from a motor disorder called apraxia, which makes it difficult for him to make complete sentences under pressure, and as a result, his parents chose to homeschool him.

When he expressed interest in having a huge water balloon fight, his mother reached out to her Facebook friends to try to raise the party's attendance.

The event ended up receiving more than 5,000 likes from people all around the world.

But even better, people came from all over Virginia, as well as states like Georgia and North Carolina to attend Camden's party.

One parent even drove four hours with his son, who also has special needs, because he was so moved by the amazing outreach the Eubank family received.

By the end of the day, 300 guests attended Camden's party, and those who couldn't make it sent gifts.

Presents came from Brazil, Germany, China, Canada, there's names on there I couldn't even tell you where they are.

He is happy, the happiest I've seen him in a long time because he has people to play with.

Seeing this many people come together for such a great cause is truly heartwarming.