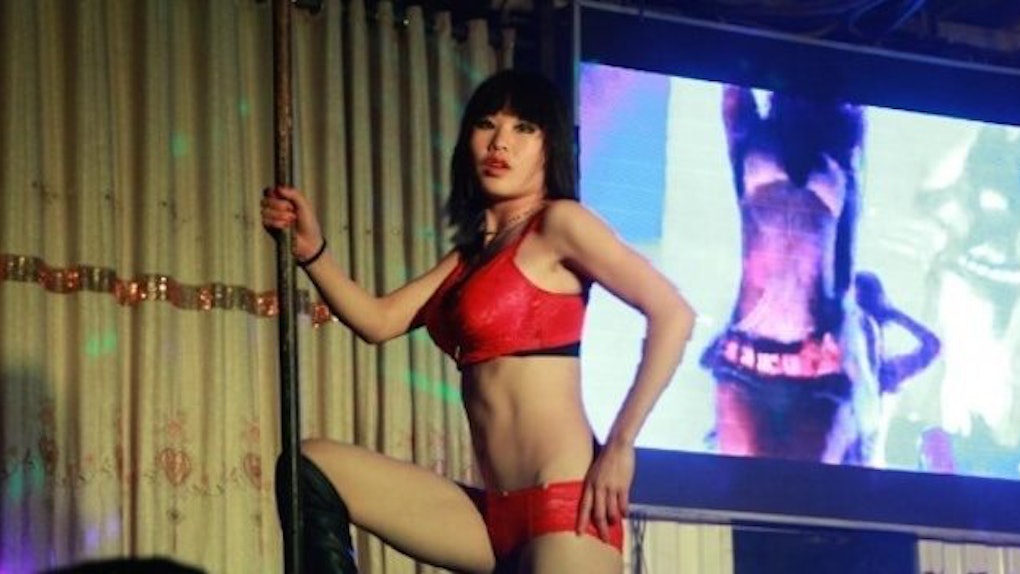 The Chinese government will no longer tolerate the tradition of hiring strippers to perform at funerals.

Having a lot of people at a funeral is said to bring a fortunate afterlife in China, according to the Guardian, and the departed are supposed to be sent off on a celebratory note.

And so there's apparently a need for strippers, who are additionally hired to compensate for the lavish gifts given to the family of the deceased.

One dying man even requested to have a hole dug in his coffin so he could see the strippers, and sure enough, his wish was granted, says the Huffington Post.

Currently, about a dozen dance troupes offer their services all throughout China and are asked to work as many as 20 funerals a month.

They charge about $322 for a show and sometimes feature snakes.

But China's Ministry of Culture says the practice has gone too far and released a statement on Thursday saying, in partnership with government, it plans to launch an operation to prevent the hiring of strippers for funerals.

The police department recalled one ceremony from last month in which dancers took their tops off in front of several children.

One ensemble was fined $11,300 on Feb. 15 for a two-and-a-half hour show, while three strippers were arrested for a performance deemed similarly "pornographic" in the same month.

Details of the Ministry of Culture's initiative are not clear, but Everett Zhang, assistant professor of East Asian studies at Princeton University, told the Guardian it will most likely upset citizens everywhere.

He said police intervention during a funeral "would be really intrusive and offensive."

Strippers are a staple at Taiwanese funerals as well, as evidenced by a widow who recently had some dancers seduce her husband's coffin.