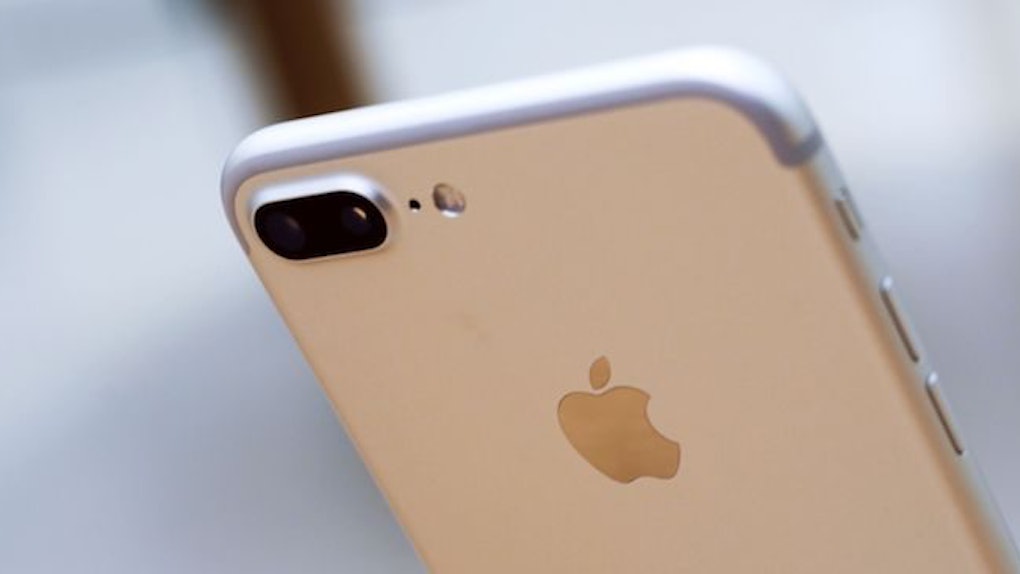 When Can I Buy iPhone 8? You Can Pre-Order On September 15 And Buy September 22

If you're a smarter person than I am and didn't just upgrade to an iPhone 7 (oops), then you're probably wondering when you can buy the iPhone 8, the shiny new phone from Apple that's now officially on its way. After much anticipation, fans got the news Tuesday afternoon, Sept. 12, at Apple's annual keynote event, held for the first time at the Steve Jobs Theatre at Apple Park in Cupertino, California. (Seats to the Apple product release event were reportedly $14,000. Casual.)

Today's announcement of the iPhone 8 and 8 Plus revealed sleek, updated versions of the iPhone 7 and 7 Plus with glass backs, a True Tone display, better cameras, and faster processors. The screen size has not changed, and the 8 will come in three colors — silver, gray, and gold. I guess we're saying "bye" to millennial pink, and as an adult woman, I'm OK with that.

So when can you get your hands on one of these babies? The iPhone 8 will be available for pre-order from Sept. 15 and available from Sept. 22. The 8 will start at $699 for 64GB, and the 8 Plus will start at $799. So far, these iPhone 8 prices are pretty standard in terms of Apple pricing. For context, when the iPhone 7 was announced, the 32 GB started at $659, and now the 64GB starts at $699 -- so those freaking out about these latest price announcements need not fret.

Those of you with deeper pockets can look into the iPhone X — the flagship of the trio of phones being announced today. It starts at $999, and that's getting pretty darn close to my rent. Don't say "iPhone X," though, because apparently this thing is pronounced "iPhone ten." If you thought wireless charging was cool, the iPhone X boasts a larger display, a Super Retina display that supports HDR, and a Face ID to unlock it. That's right: A scan of your face can unlock your super fancy phone. Basically, if you work at a hedge fund, this phone is for you.

If you're a non-hedge fund working person like me, you're probably considering the more realistic iPhone 8, because cameras that can read your face are kind of creepy. However, the new iPhone 8 and 8 Plus cameras are definitely something to talk about. The new models will feature a 12-megapixel camera and an aperture opening that goes all the way down to 2.8 and 1.8. A lens with that aperture for a standard camera would be super, super expensive, so this is a total bargain in terms of photo quality, especially for low light.

The new camera also has a new feature called "portrait lighting," which means that it can separate you from the background and keep your face bright at the same time. Basically, iPhone 8 = Instagram Kween. Get ready to have better pictures than that social media influencer you went to college with.

Additional perks of the 8? The True Tone feature adjusts the colors on your screening depending on the lighting of the environment that you are.

I also like that the glass backs on the iPhone 8 are a throwback to the old glass backs on the iPhone 4 (remember when?). Except this time, they are equipped with the wireless Qi charging mechanism. Yup, say goodbye to wires because all you have to do is place your phone down on a Qi platform, of which there are many (including in IKEA furniture).

The iPhone 8 is faster due to Apple's new A11 Bionic 64-bit processor, but that all gets a little dry and technological for me. A fun extra that you'll actually notice? The new model has an extra speaker on top of the phone, meaning it officially can give you surround sound. All the better to hate-blast the new Taylor Swift song with, amiright? (Don't @ me!)

The iPhone 8 seems like it'll be a better version of the 7, while it remains to be seen how awesome the iPhone X really is. Should I see how much it is to turn my 7 in for an 8 or wait for the X? Those of you preordering, let me know.