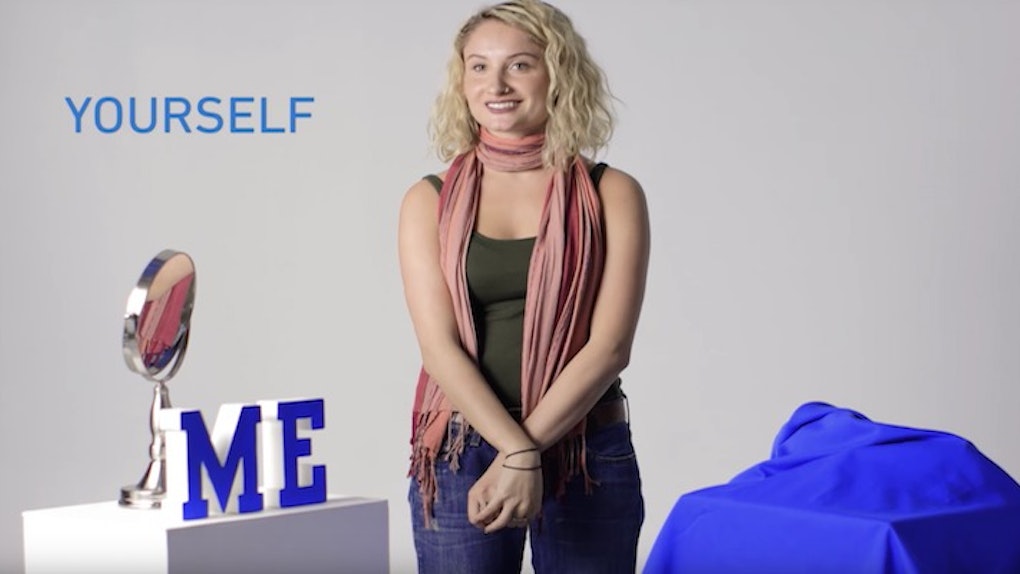 This United Nations Video Will Make You Reevalute Everything

Life is a series of choices. One after another, day after day. Will you have plain or vanilla yogurt for breakfast? Will you meet your friend for dinner or work out instead?

If you've ever agonized over a seemingly straightforward question — the other day I spent two hours internally debating whether I should just fall asleep on my couch or move to my bed for the night — you're definitely not alone. And the bigger the decision, the more painstaking the process becomes. Should I accept this job offer? Am I ready for marriage?

Will I be killed if I stay in my home?

Though that's probably not a question you've ever considered, it's one that tens of millions of people around the world have had to grapple with. Every three minutes, nearly 100 people are forced from their homes and fleeing conflicts. These men, women and children will, on average, spend the next 17 years of their lives in a state of flux, their existence dominated by refugee camps, harrowing journeys and impossible choices.

This is currently the reality for 125 million people. That's more than 3.5 times the population of Canada, and it's a level that hasn't been seen since Europe was engulfed in World War II.

But when a problem is so vast, it can be difficult to grasp. One hundred and sixty-five million is just a number. It can't convey the 125 million individual people who comprise it — the mothers, best friends, aunts, nieces and grandfathers. The choices they've faced can seem just as foreign.

These issues will be center stage at the United Nations later this month during the World Humanitarian Summit. There, leaders from around the world will work together to forge a path forward to directly help the world's growing number of refugees and prevent others from suffering the same fate.

Step three: Share your results on social media and tweet politicians from your home state and around the world to attend the World Humanitarian Summit and take action.