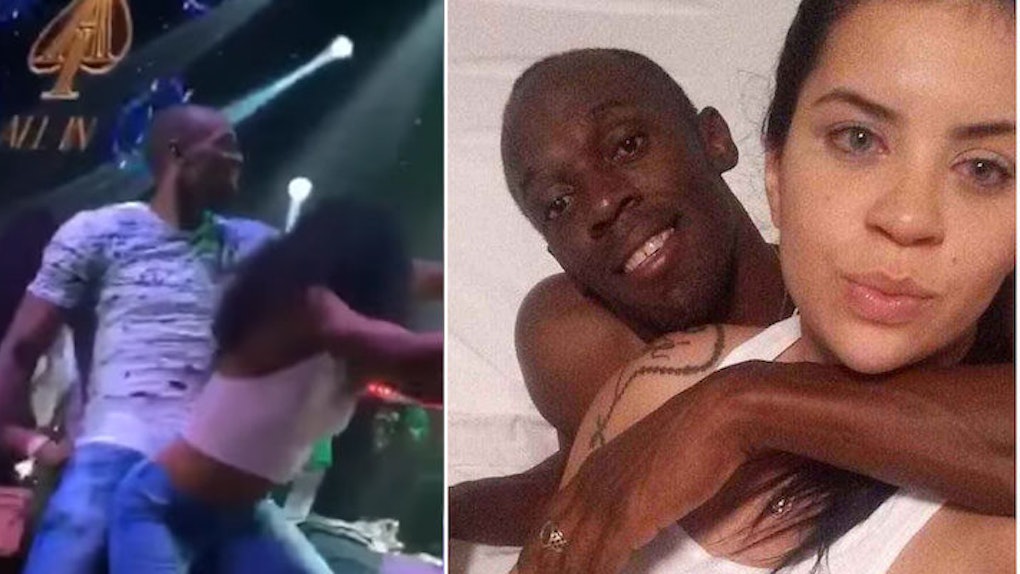 It looks like Usain Bolt was pretty busy over the weekend.

New photos have emerged showing the Jamaican sprinter getting freaky with two other women BEFORE he spent the night with 20-year-old student Jady Duarte.

Before he met her at Boate All In nightclub in Rio on Saturday night, Usain was pictured kissing a mystery brunette.

Woman 1: Usain was caught making out with a mystery brunette at the nightclub.

Woman 2: Then, he was filmed grinding seriously hard up against a different girl.

Woman 3: And of course, later that night he was pictured in bed with Jady.

She spoke out after she sent the images to a closed group of friends on WhatsApp, and they were leaked.

It's very negative. I never wanted to be famous, I'm dying of shame.

Jady, who checked-in to the nightclub on Facebook at around 11:30 pm, said she was approached by Bolt's security and at first had no idea whom he was. She didn't reveal details about the encounter but described it as "normal."

Bolt was out celebrating his 30th birthday.

He has a girlfriend of two years he met back home in Jamaica.

But neither Kasi Bennett nor Bolt have publicly addressed the cheating rumors yet.

Kasi, 26, was singing his praises on Twitter during the Olympic games.

She has posted a couple of tweets since the Bolt photos emerged but none that allude to anything about Saturday night.

One user commented on this photo, saying,

Omg. How could he cheat on you again and again???? Kick him and find someone better!!!!! You don't need this loverat.

I CAN'T BELIEVE THAT BITCH CHEATED ON YOU YOU'RE A FUCKING GODDESS.

The sprinter appeared to completely ignore the situation by posting a response to Prince Harry who wished him a happy birthday and challenged him to a race on Twitter.