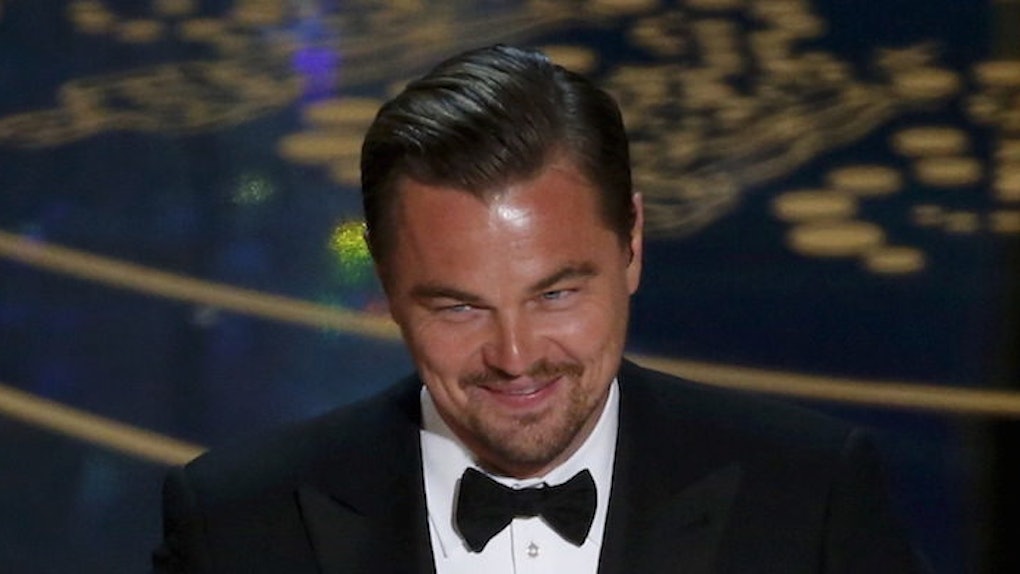 Time Magazine Just Proved It's The Year Of Leonardo DiCaprio

It's official: 2016 is the year of Leonardo DiCaprio, and TIME magazine just cemented that by naming him one of "The 100 Most Influential People."

He's also one of just six stars to be featured on one of the covers.

Indeed, it's been a huge year for Mr. DiCaprio. This impressive accolade comes after he finally won a (long-overdue) Oscar in February for his incredible performance in "The Revenant."

When Leo isn't busy fighting bears to the death on the silver screen, he's working tirelessly to spread awareness on climate change. This is precisely why he was named one of "The 100 Most Influential People" in the world.

It also helps explain why Secretary of State John Kerry, America's top diplomat, took the time out of his busy schedule to write the article on why Leo truly deserves to be among this list of influencers.

Leo's talent is limitless, but his secret has always been pretty simple: he's real. He does his homework. He knows what he's talking about. That's how he takes himself back in time 200 years to create an Oscar-winning, bear-brawling, powerhouse performance in 'The Revenant.' Preparation, authenticity and smarts are at the core of who he is as an artist. But I admire him even more for putting those formidable tools toward becoming such a galvanizing force to protect our planet... And when I invited him to join the State Department's first global Our Ocean conference, aimed at building collaboration to protect one of our most critical resources, Leo didn't just show up -- he put up millions of dollars for ocean protection as part of the effort.

Simply put, Leonardo DiCaprio is not just a phenomenal actor, he's a fantastic human being. He's using his star power to educate people on one of the most pressing issues of our time: climate change.

We could use more people like him because we only get one planet, and we need to do everything we can to protect it.