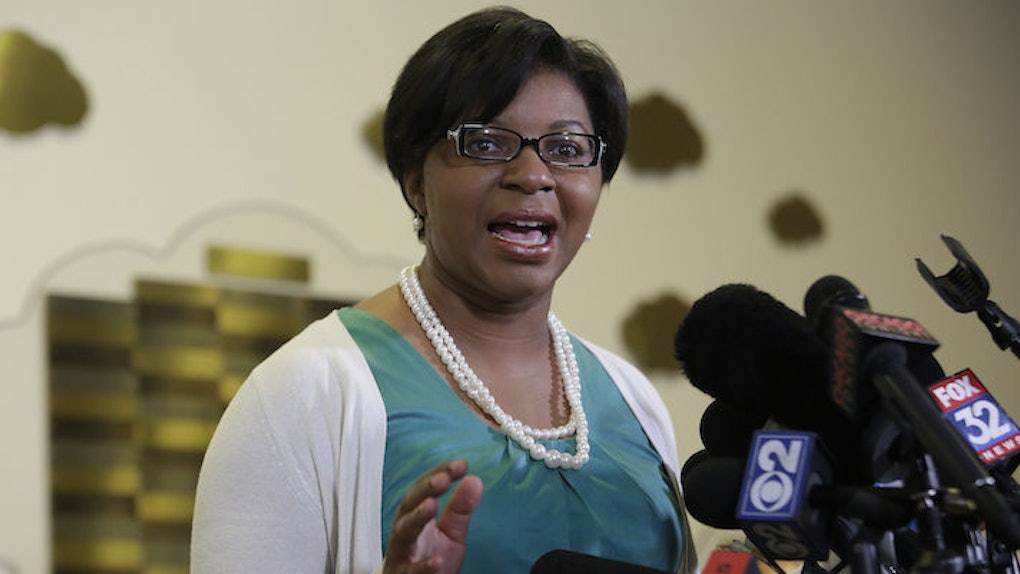 A grand jury chose not to indict anyone for the death of Sandra Bland.

According to ABC7, the Texas jurors decided on Monday no members of the Waller County Sheriff's Office or employees of Waller County jail should face charges in connection to the 28-year-old's death.

Bland was pulled over on July 10 after reportedly failing to signal a lane change, but her encounter with Texas Trooper Brian Encinia soon turned violent after Bland reportedly refused to put out her cigarette.

She was jailed for assaulting an officer and found hanged by a trash bag in her cell three days later.

Waller County jail released numerous videos showing Bland's treatment inside the jail, but her family contends she was murdered in police custody.

Cannon Lambert, an attorney representing the Bland family, is still convinced the events leading up to Bland's death are somehow being kept secret.

He noted the grand jury's decision only considered those who may have directly contributed to Bland's death and therefore did not determine whether or not Encinia will face charges.

Encinia, the Texas Department of Public Safety, Waller County and two jailers are named in a wrongful death lawsuit filed by Bland's mother.

The lawsuit stated jail workers should have kept a closer eye on Bland because she had a history of attempted suicide, but county officials said the information Bland provided to the jailers regarding her mental health was unclear.

The lawsuit trial is set to begin in January 2017.

Citations: Grand Jury Declines to Indict Anyone in Death of Sandra Bland (The New York Times), Grand jury will not indict anyone involved in Sandra Bland death case (ABC7)