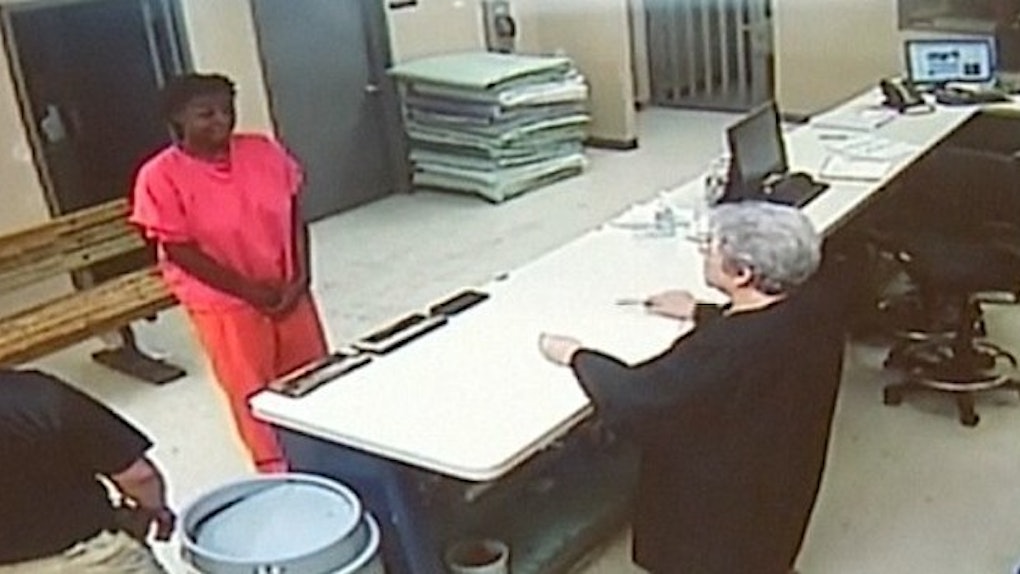 Video footage showing Sandra Bland in jail was released to quash rumors she was already dead when her mugshot was taken.

Social media users started a conspiracy theory last week due to the faded look in Bland's eyes and her positioning against the wall in her mugshot, Mashable reports.

At a press conference on Tuesday, Waller County Judge Trey Duhon said the county made the several hours worth of video available to the public because these rumors evolved into death threats targeting both individuals and facilities.

Social media cannot be relied upon for information. The main reason we're here is to provide video to the media and to the world to show that Sandra Bland was alive and well before [July 13].

He also said Bland, 29, was asleep just before the mugshot was taken, and that could possibly explain why she looks so detached in the photo.

According to The Dallas Morning News, the silent footage documents Bland being interviewed in her prison uniform, making numerous phone calls and being taken to her jail cell.

Not only was she alive and well through the whole process, there's nothing on the videos that shows that she was mistreated at the jail in any way, shape or form.

The judge said some of the death threats were reported to the FBI, and hacker activist group Anonymous also threatened a cyber attack on the county.

Here is Bland being interviewed and searched shortly after arriving at the prison on July 10.

The rest of the footage can be viewed here.