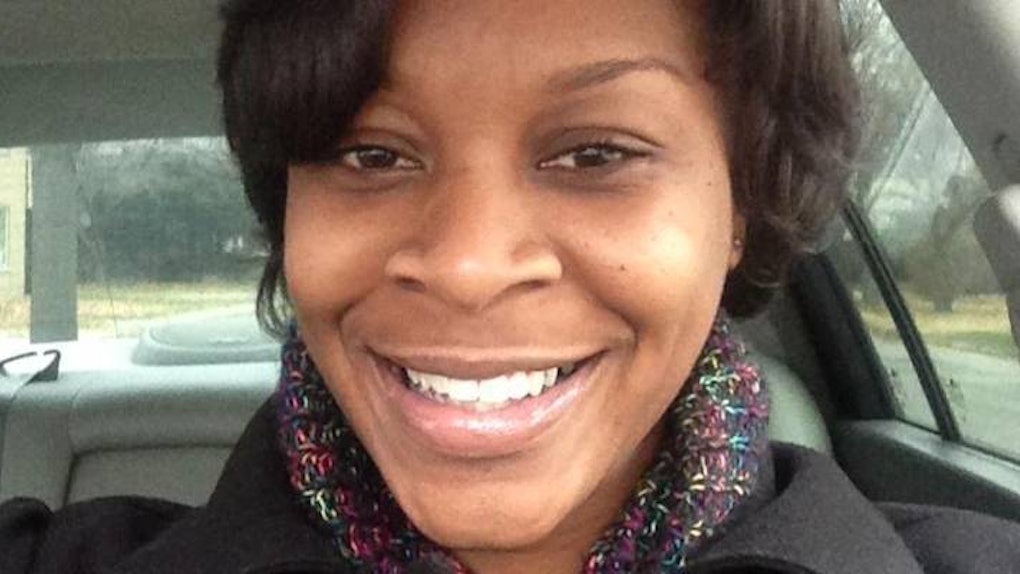 An autopsy of Sandra Bland revealed no evidence of murder, investigators recently stated.

The 28-year-old was discovered hanging by a plastic bag in her Waller County, Texas jail cell on July 13.

Family members initially refused to believe Bland killed herself, largely because she was just about to start a new job and was known among friends and family as a strong-willed individual.

Her wrists were reportedly marked with 30 small cuts, but Diepraam believes these were most likely self-inflicted.

She also did not have injuries on her hands that would suggest she defended herself from an attacker.

Bland's sister Sharon Cooper said she did not know about the suicide attempt, which was strange considering Bland and her sisters typically kept nothing from each other.

Bland is reported to have told a prison worker she wasn't feeling suicidal after being taken into custody.

But Alexandria Pyle, who was in the jail cell next to Bland's, recalled hearing Bland crying and said she seemed "sort of distraught" because no one had shown up to bail her out.

Pyle added she didn't hear any signs of struggle from Bland's cell.

Citations: Sandra Bland Autopsy Shows No Evidence Suggesting That This Is A Homicide (The Huffington Post), Blands autopsy revealed no evidence of homicide (Yahoo! News)