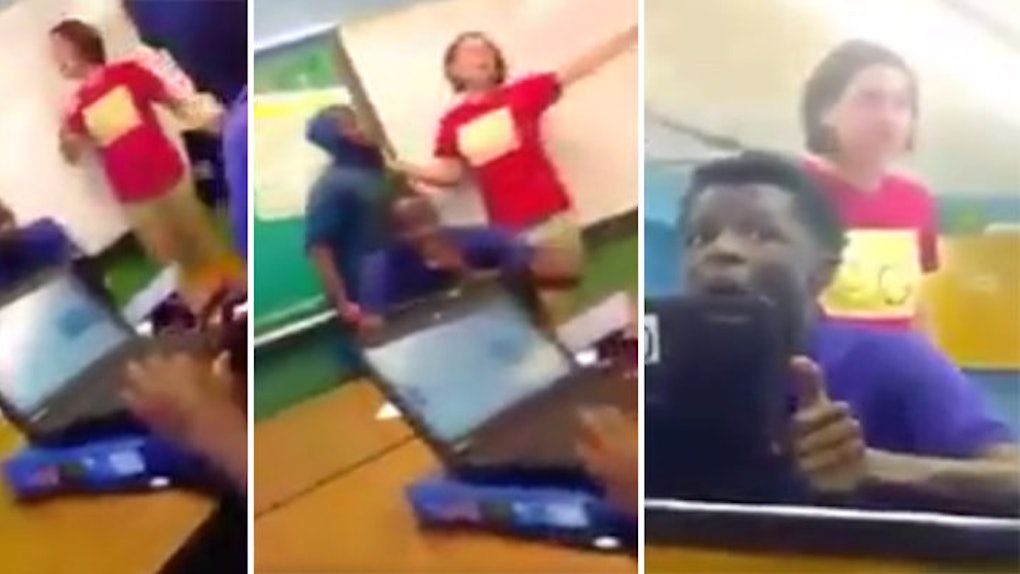 In the immediate aftermath of Donald Trump being elected the 45th president of the United States, hate crimes and examples of racism have spiked all across America.

Alarmingly, quite a few of these cases have taken place inside classrooms.

Don't make me call Donald Trump and send you back to Africa.

Sousa's actions were deplorable, and he was subsequently suspended from his position for his racist remarks.

Now, we have a white teacher in Baltimore who lost her shit while screaming at her predominantly black students. She used the N-word and said they will "get shot." This is quite possibly the most racist incident to take place inside a classroom in years.

Warning: The video below has graphic language and is extremely disturbing.

After kicking a student out of class, you can hear the white teacher rant and say,

You can see the look of shock, horror and revolt on the young man's face seated directly in front of the teacher's line of fire. After she utters those disgusting words, the whole class appears to erupt in a state of anger and disbelief.

The video was reportedly sent to NY Daily News senior justice writer Shaun King by one of the students in the classroom.

King uploaded the shocking video to Twitter with the following caption:

I really am at a loss for words. Is this part of the plan to make America great again, Mr. Trump?