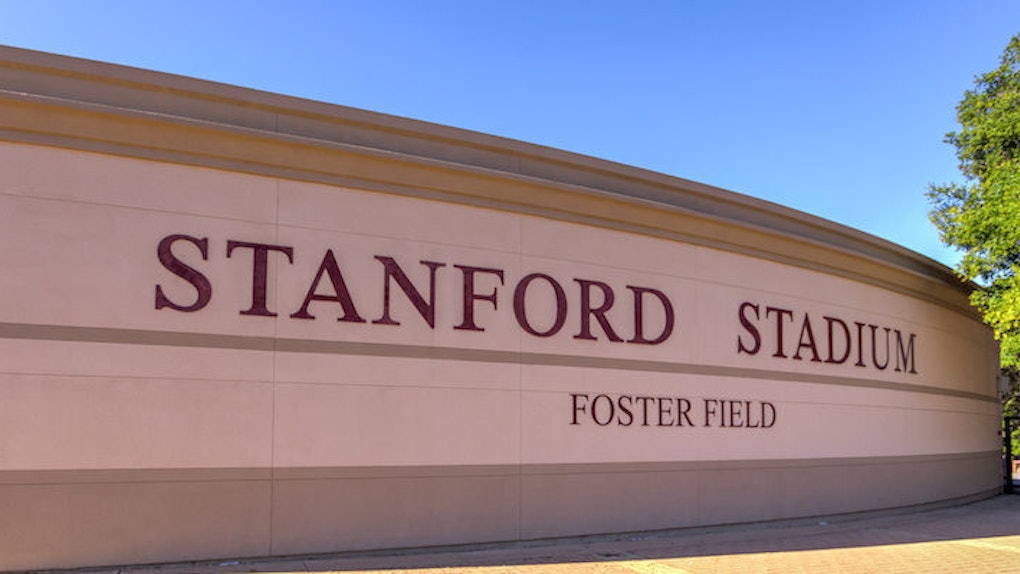 The Stanford Rapist's Father Thinks His Son's Sentence Was Too Harsh

In January of 2015, Stanford athlete Brock Turner was discovered sexually assaulting an unconscious woman behind a dumpster by two men. He immediately took off running but was tackled by one of the men.

The case could not have been more clear cut. She was unconscious, he was raping her, he ran. He was found guilty and faced up to 14 years in prison. He got six months. He will likely get out in three.

Apparently, being very white, very rich and very good at swimming means you can rape people and get a slap on the wrist. Judge Aaron Persky explained Brock's age (20) and the fact that he has no history of criminal history meant he deserved to go to prison for less time than it takes for a new season of “How to Get Away with Murder” to come out.

The “lack of criminal history” part is especially baffling to me.

What, like, if he shoplifted some jeans from American Apparel a few times and got caught smoking weed in the park? Only then would the rape he committed on an unconscious person behind a dumpster be taken more seriously?

Before sentencing, Brock's father Dan Turner stood up to speak on behalf of his son, and considering how ludicrous and disgusting his statement is, it's not hard to imagine where Brock himself learned how to treat women.

I've literally never read anything so repulsive in my entire life.

He calls the forced penetration of an unconscious, half-naked woman behind a dumpster simply "20 minutes of action." As if the amount of time it took somehow diminishes what was done. I could go out and chop the heads off 15 sobbing orphans in 10 minutes, and there would still be 15 sobbing orphans without heads somewhere.

One of the most harrowing facts about his statements is he devotes seven out of 17 sentences to descriptions of Brock's favorite foods and how he doesn't eat them that much anymore.

The level of disconnect displayed by this man and his son from the actions of that night is astounding, but, tragically, no longer surprising.

This entire letter is just so indicative of the inherent violence this kind of privilege breeds.The first half of the letter reads like a college admissions essay, the second half like a business proposal.

You can hear it ring out so clearly in the diction of his last sentence:

Probation is the best answer for Brock in this situation and allows him to give back to society in a net positive way.

"A net positive way" is just short hand for, "Help me out here, judge, I'm just like you."

If you are too furious to breathe, read the phenomenal letter the victim herself penned to her assailant and the court. It is, without a doubt, one of the most important things I've ever read.

You can read that letter here in full. Please do.