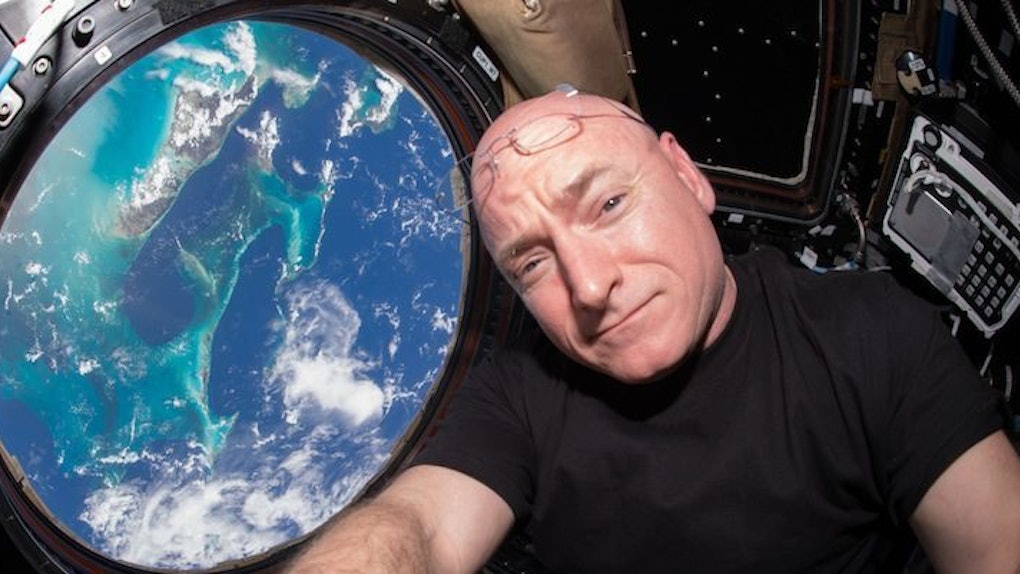 Astronaut Scott Kelly feels just fine after spending nearly a year in space, but his body doesn't quite look the same.

Kelly, 52, returned to Earth on Tuesday following a record-breaking 340 days aboard the International Space Station.

The primary purpose of the mission was to see how such a long trip would affect Kelly's body.

Kelly is a twin, allowing scientists to compare his health to that of his biologically-similar brother, Mark, who was the same height as his twin before the mission.

However, Scott reportedly grew two inches during his time in space.

According to NBC News, this happened because the lack of gravity caused disks in his spinal column to expand.

The change was expected, and NASA's Jeff Williams told CNN Kelly will return to his normal height after spending just a little time on Earth.

Kelly reported he feels "pretty good," but his health will need to be monitored for around a year to determine how his body systems changed.

Differences may be found in cellular activity, eyesight, the immune system and even the speed in which Kelly ages.

Kelly will also have to take special care of his bones and muscles, which may have become weak since they didn't have to work as much without gravity.

His risk of cancer may have increased as well due to being exposed to high levels of radiation.

Should any dangers to Kelly's health be detected, NASA will try to figure out how to avoid these problems for longer missions.

The agency believes it can put astronauts on Mars by the 2030s, and that mission will likely last several years.

At the very least, Kelly's morale likely received a big boost when he was greeted by Jill Biden, the wife of Vice President Joe Biden, on Thursday, The Washington Post reports.