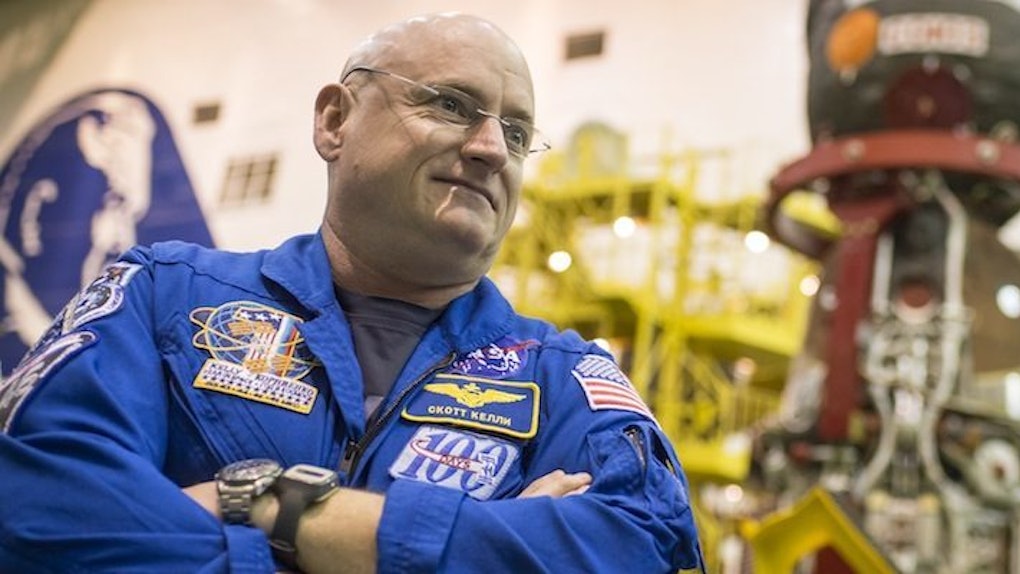 American astronaut Scott Kelly will return to Earth on Tuesday night after spending nearly a year in space.

Kelly, 52, left for the International Space Station with Russian cosmonaut Mikhail Korniyenko on March 27, 2015 and remained there for 340 straight days.

Once aboard the ISS, the astronauts traveled 143,846,525 miles and orbited Earth 5,440 times, witnessing 16 sunsets a day, according to Huffington Post.

They drank recycled urine and sweat, and due to the lack of hygienic capabilities, Kelly said he feels like he's "been in the woods camping for a year."

Kelly also conducted hundreds of experiments and frequently shared his glorious vantage points of the Earth on social media.

The mission's primary purpose was to see how the human body adapts to being in space, without gravity, for an extended period of time.

Kelly's twin brother, Mark, is also an astronaut, which allows Mark to act as a control to be compared to his brother's physical condition following the mission.

NASA will use its findings to develop necessary survival tools for future missions where astronauts will spend even more time in space.

The agency is reportedly aiming to send astronauts to Mars by the 2030s.

I'd like for the legacy of this flight to be that we can decide to do hard things, and hard things that will take us farther away from the Earth. I'd like to think that this is another of many stepping stones to us landing on Mars sometime in our future.

He added he feels comfortable enough to spend another year at the ISS if needed, suggesting NASA earned an "A" in keeping its astronauts in good health.

...specifically the feeling of the sun on his face.

...and can't wait to feel it when he jumps in his pool!

With previous missions included, Kelly has spent a NASA record of 520 days in space.

The space agency will begin airing video of the return at 3:10 pm Eastern time, and Kelly will officially depart from the ISS about an hour later, Cosmopolitan reports.

He will begin his descent to Earth around 8 pm and will land in Kazakhstan around 11:27 pm.

You can watch NASA's live stream below.