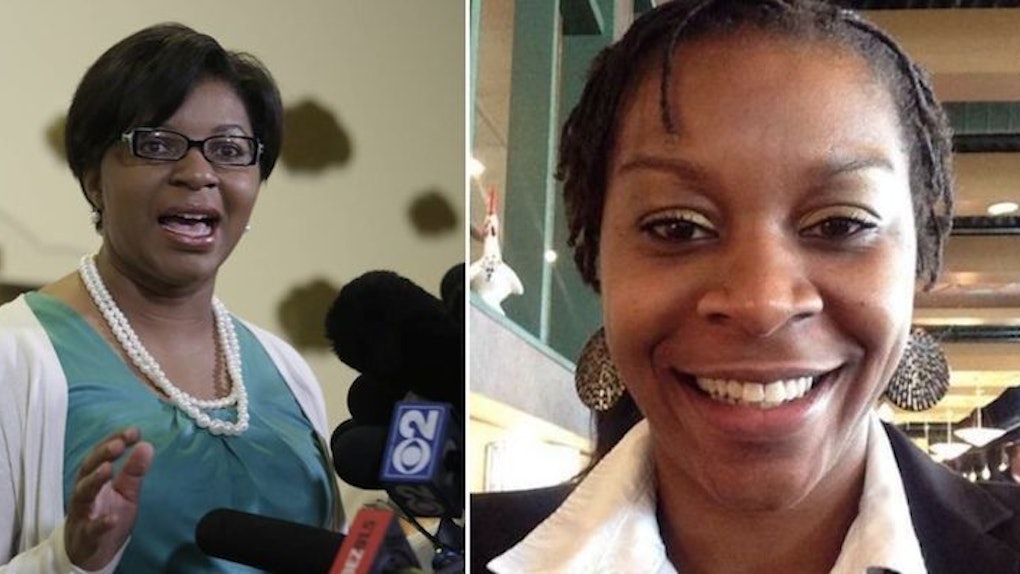 The attorney representing Sandra Bland's family will reportedly file a lawsuit at some point later today.

According to KHOU, a press release from the attorney's office names Trooper Brian Encinia "and others responsible for the death of Sandra Bland" as defendants in the suit expected to be filed at a federal courthouse in Houston.

Encinia pulled Bland, 28, over in Waller County, Texas on July 10 for failing to signal during a lane change.

Dash cam video shows the two getting into a physical tussle and Bland screaming she had been violently slammed to the ground before being arrested for assaulting an officer.

Her family questioned the apparent suicide because they say Bland was about to start a new job, had spoken to a bail bondsman about leaving prison and did not seem depressed.

An autopsy found no evidence of homicide, but the family reportedly still believes Bland, who was hanged with a plastic bag, was murdered in jail, Huffington Post reports.

We just don't want this to happen to another family. ... I would not wish this on my worst enemy.

Bland's cell is apparently being tested for fingerprints and DNA though it's not clear when the results will be released.

Encinia has reportedly been placed on administrative duties after it was determined he did not follow the correct guidelines in the arrest.