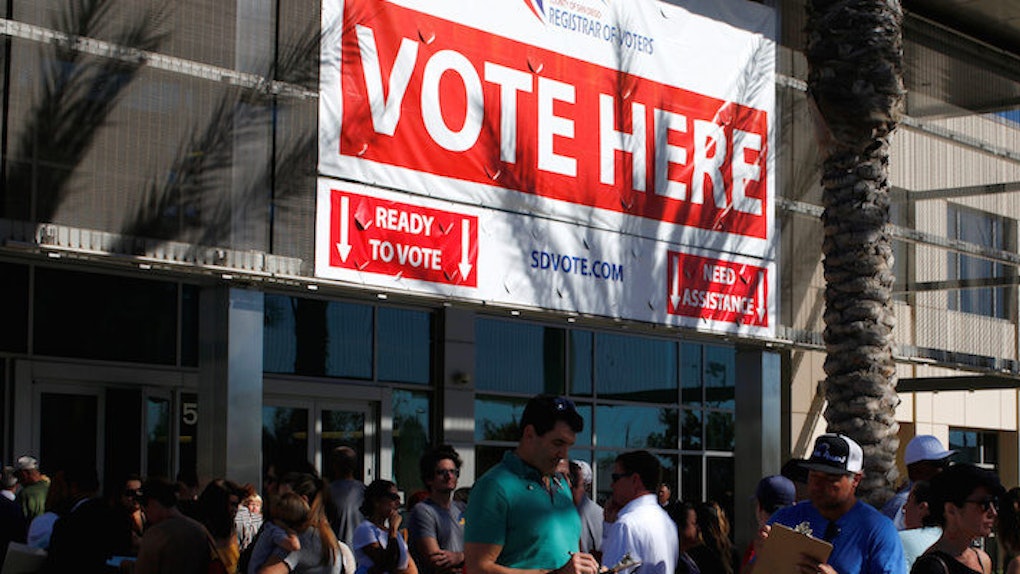 The Reason America Votes On Tuesdays

America definitely has a lot of problems with its voting system, but one of the biggest problems is the fact we vote on Tuesdays.

It just doesn't make sense, and it's part of the reason the US has low voter turnout.

We vote on Tuesdays because of a law passed in 1845, back when the US was still an agrarian society.

Tuesday was a convenient day because people traveled by horse and buggy back then, and needed at least a day to travel to get to the polls.

It also didn't conflict with days of worship (Saturday and Sunday) or market day, which was typically Wednesday.

But this law is obviously incredibly outdated.

To put this into perspective, it was passed when women couldn't vote and slavery was still alive and well.

At that point in time, there were even some white men who couldn't vote because of a property ownership requirement.

We're long overdue for a change.

Tuesday is a very inconvenient day for Americans to vote in the modern era.

It's in the middle of the week, and conflicts with people's work schedules.

Unfortunately, we all have to make money in order to survive. On top of that, many Americans have families to attend to.

It's true early voting is available, but not in every state.

In 2016, 37 states and the District of Columbia allowed some form of early voting, but that doesn't do enough to make voting easier for Americans.

America's voting system is in desperate need of a makeover.

There are many logical changes that should be made to America's voting system.

Election Day should be a national holiday so Americans aren't forced to choose between doing their most important civic duty and making a living.

Weekend voting should be available.

We should also have automatic voter registration, and possibly be able to vote online.

In 2012, just 58 percent of eligible voters participated in the election.

America has abysmal levels of voter turnout compared to other developed nations.

We clearly need to do more to make voting easier for Americans, or we'll continue to see low voter turnout in a country that is technically the oldest democracy in the world.

Regardless, you should still vote.

Voting is our most important civic duty, and while the US political system is definitely frustrating in so many ways -- you can't change anything unless you participate.